Down On Maddy - GRMLN - Second Still 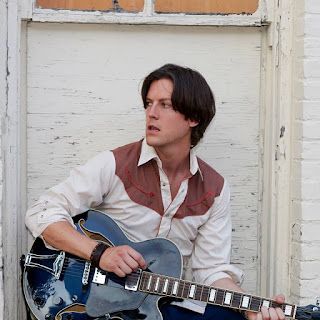 Down On Maddy - Wake Yourself.

Down On Maddy evokes the immersive qualities and ambitious arrangements of Pink Floyd, Yeasayer, The Doors, and MGMT. It’s a credo indie producer/multi-instrumentalist Patrick Kleven lives and creates by through the dream funk project Down On Maddy.

To produce this cryptic and cathartic music, Patrick has had to confront Loneliness. Demons. A Tumultuous (or Roller Coaster) Past. With Down On Maddy’s debut, he brings listeners light by sharing the passage through darkness. Facebook here.

The video provides us with a visual story, whilst 'Wake Yourself' provides a cool soundtrack. Take a second listen without the visuals and the song really does have quality and character in it's own right. Refined alt rock with attention to detail and enough passion to entice another listen. 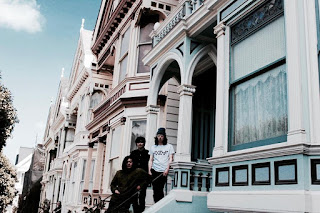 Background - California rock outfit GRMLN is set to release their latest musical offering, the 'Discovery' EP on April 7. Today the band shares album track "Red." GRMLN is the musical project of 24-year-old, Yoodoo Park. He was born in Kyoto, Japan and moved to southern California at a young age (though he currently resides in Japan). Yoodoo started playing music at the age of 13 when he was given a bass guitar and has been playing music ever since.

During the summer of 2010, Yoodoo started recording relaxing songs for himself to listen to in his car during lazy summer afternoons. 2012's The Explore EP captures this time in Yoodoo’s life with clean sounding guitar rhythms and a mixture of drowsy melodies. Yoodoo’s 2013 full-length, Empire, was less of a follow-up and more of a departure. Empire’s upbeat rock songs and ‘90s pop-punk influenced sound eventually led to the alternatively stormy and peaceful tunes of 2014's Soon Away.

The Discovery EP is perhaps GRMLN's most ambitious and anthemic album to date. Park veers away from his pop-punk roots and delivers a darker, more refined sound. Park's commanding vocal delivery along with his sharp lyrics demand immediate attention from the listener, and the album's earworm melodic hooks are potent enough to hang your hat on. Facebook here.

Having heard a couple of other songs from Friday's (7 April) EP release 'Red' really does provide a good example of the overall direction and sound of the new release. The musical production has clarity and style allowing the vocals to standout, and the hooks to dig in. 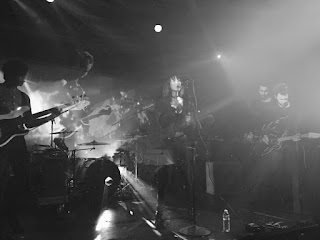 Background - Second Still is a three piece band from Los Angeles. Though strongly influenced by No Wave and French Cold Wave, their electronic drum sounds, unconventional bass and guitar lines, and strange vocal melodies still set them apart from any traditional categorisation.

Bassist Alex Hughes and guitarist Ryan Walker met in 2007 and spent years combing through 80s underground records, the most memorable being Xmal Deutschland, Asylum Party, Garlands-era Cocteau Twin, and Opera De Nuit. It wasn’t until after moving to New York and meeting Suki San, (a classically trained violinist and former shoegaze vocalist), in late 2014 that they finally became a band.

Early Forms, the band’s debut EP, was released in March 2016 as a limited edition cassette. They recorded those four songs while snowed in, in a barn in upstate New York over three days in the dead of winter. Before re-locating to Los Angeles in January 2016, Second Still hunkered down in the studio and recorded their entire self-titled debut album in just two days.

The album is out April 7th, 2017 on Paris-based label Manic Depression Records, and in support of the release the band is hitting the road for their first US tour kicking off March 30th at the Acerogami in Pomona, CA. Facebook here.

There is a fresh individuality to 'Strangers' an atmospheric post punk song that has hints of bands as diverse as Siouxsie and the Banshees through to earlier Cocteau Twins material. Confused? well good, as they are simplistic indicators, in part because Second Still create unique material, that challenges referencing.