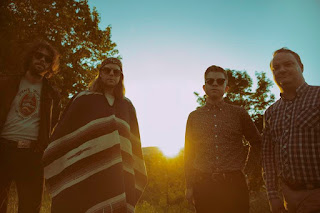 Background - Dig Deeper share new single "Stars Tonight (Have You Seen)" plus "Stars Tonight" EP is released May 19th through The Alien Agency. “When we realised we were stuck in a northern outpost, where those elected to political power were working to close borders, refuse people in need basic rights and brag about having the strictest policies on immigration in Europe, we decided to make this record.”

These are the words of Norway’s Dig Deeper about their new “Stars tonight” EP, which they use as a way to highlight and criticise their government’s inhumane policies on immigration, and tell stories in the tradition of American alt-country from a European perspective – think Richmond Fontaine or Son Volt. This was somewhat of a turn for Dig Deeper; a band that originally set out to focus on having a good time playing trippy guitar music, described as “Norwegian mountain rock with a touch of War On Drugs and paisley underground.”

Dig Deeper seeks into the Norwegian mountains with their spacious, glacial sounds, long, layered grooves and singer Einar Kaupang´s heartfelt honesty. Their electric Norwegian road rock has a prominent psychedelic prefix and sets itself out with a clear storytelling approach. The songs here draw up the outlines of a man trying to “make it” in today´s Europe. These are songs of escape, distance, travel, identity, loss, and the search for freedom.

Dig Deeper started out 2010 when singer Kaupang lived in Bolivia, trying to ﬁgure out what to do next when he got back to Norway. Dig Deeper soon built a name for themselves playing a whole lot of shows around Norway, trying to capture the essence of bands like Grateful Dead and Natural Child, yet still with a Nordic psych approach to their songs. This resulted in the 2015 album “How You Spend Your Days” and extensive touring and festival slots packed out the band’s calendar. Facebook here.

'Stars Tonight (Have You Seen)' is a beautiful psych rocker that has so much charm and feeling. It's a timeless, melodic and vital song and a massive tease for the EP due in May. 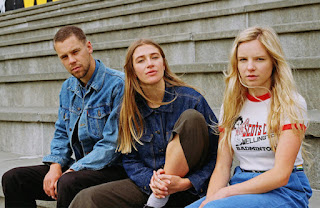 Background - Mermaidens share a new single (Lizard) and announce their new album Perfect Body, due out on 4th of August via Flying Nun. Mermaidens are a three-piece outfit from Wellington, New Zealand, who are renowned for their intricate and unique songwriting, boldly raw but increasingly refined studio production, and a hypnotic live synergy that leaves audiences enchanted.

Their sound offers a mesmerising dip into the realms of post-punk and psych, while the voices of Gussie Larkin and Lily West embrace warm harmonies and dreamy, hypnotic lyrics, entwined with dark and moody riff-based melodies, underpinned by Abe Hollingsworth's fluid and dynamic percussion.

Mermaidens pride themselves on an engaging and polished live performance. Their impressive portfolio of support slots and sold out shows, attests to the charm and excellence of their live show. In just a few years Mermaidens have sold out major venues in New Zealand as well as supporting international acts such as Death Cab For Cutie, Sleater Kinney, and Mac Demarco, and Windhand.

As a band who have grown dramatically since their inception, both creatively and musically, Mermaidens are undoubtedly a band to watch very closely, and are set to make a similar impact on the global music scene as they have at home in New Zealand. Facebook here.

New single 'Lizard' mixes melodic vocals with starker post punk music, that occasionally ups the power, helping the song to twist and turn it's way, keeping the listener engaged throughout. 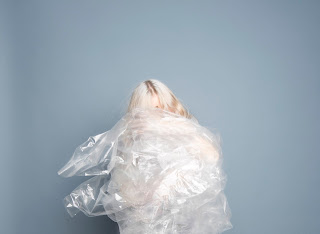 Background - Since releasing debut single ”Ghost” in December 2015 twenty year old Gothenburg native Mira Aasma has taken giant steps towards the stars. Follow up ”Stereoscope EP” got praise from The 405, Noisey, Bon Magazine and Nordic By Nature, and she did a full Swedish summer tour, including gigs with current Swedish superstar Miriam Bryant. Since then Mira’s been working in classic Gothenburg indie studio Music-A-Matic, producing what is now her forthcoming debut album for Birds Records.

We find ourselves in between the experimental, dark and dystopia, just as much as in the playful, cheerful and welcoming state of mind. Contrasts. Pounding bass meets violins and choirs. Vocal sounds taken from everyday life finds its way through samplers and gets out in completely different shapes and forms. Digital and mechanical sounds clashes with the warmth of analogue.

Mira’s been writing, producing and recording this material by herself, also playing the main share of the instruments on the album. The album was mixed and mastered in Stockholm by Robin Rudén.

First single out is "Snow White Wedding", as song described by Mira like this: "My friend and I were out walking on a foggy day in Bohuslän, when we suddenly stumbled into a small sign by the lake about a bridal couple that had fallen down through the ice to drown there on their wedding anniversary many years ago. Just a moment later two white swans emerged from the fog on the lake and we started walking back to the cottage feeling quite a little strange and very excited to write songs." Facebook here. Live dates on Beehive Candy's tour page. 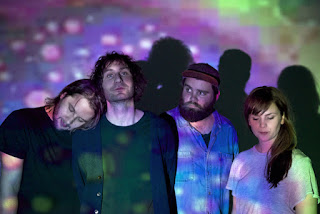 Background - On April 7th, Norwegian four-piece The Megaphonic Thrift will release their album Sun Stare Sound in the US via Old Flame Records. In 2015, the record won a Spellemann Award (equivelant of a Norwegian Grammy Award) for best indie album.

The Megaphonic Thrift is composed of four Norwegians from Bergen, a rainy scenic city on the west coast of Norway. Joining forces with the collective desire to create a new sonic adventure, Richard Myklebust, Linn Frøkedal (The Low Frequency in Stereo), Fredrik Vogsborg (Casiokids) and Njål Clementsen (The Low Frequency in Stereo) created The Megaphonic Thrift.

The band has performed at at SXSW, CMJ, The Great Escape, PopKomm and Roskilde, as well as several support shows for Dinousaur Jr, Stephen Malkmus and the Jicks, Band of Horses and A Place to Bury Strangers.

This past November, the band released their album Få meg til verden i tide, which was featured on Beehive Candy at the time. Website here, Facebook here.

We are seemingly featuring The Megaphonic Thrift in reverse order, having covered the 2016 album release last November, we go back a year for the Sun Stare Sound album and featured track 'Interlopers'. It's a vibrant psychedelic rock song, that suggests the bands back catalogue is well worth checking out (in whatever order you decide upon). 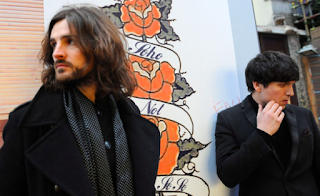 Background - Two friends Darren Morrissey and Greg Marshall busk outside the bank, two friends play local bars, two friends get scouted by The Magic Numbers in said local bar in Kilburn, two friends release debut album “And So It Began”… and so, it began.

After hauling from Dublin to London the band were seen ascending from Camden bars to Trafalgar Square with their debut album. Now the acoustic duo are back and ready to make an impact with their second album - featuring new single “She’s Got Love”.

“She’s Got Love” was picked up as Record Of The Day last week, calling it ‘a proper solid indie guitar anthem’, stuffed with uplifting harmonies with Radio 1 Ireland soon following suit, naming the single Record Of The Week.

Morrissey & Marshall hold some solid support under their belts and have formerly been compared heavily to the likes of Simon and Garfunkel and The Everly Bros. Their latest single however, leans towards a more indie-rock/alt folk vibe; think The Lumineers run into Walk The Moon in a Finsbury Park basement.

“She’s Got Love” is a clear result of the duos evolution, with their smooth guitar riffs and matching melodies in the form of their “simply beautiful unison vocals” still very much present, now however, met with regimented drum bars. Facebook here.

I use the expression timeless to describe a song or artist, where the music could have been from decades gone by and 'She's Got Love', is perhaps as definitive an example I could provide. It's also melodic, catchy and a real breath of fresh air! 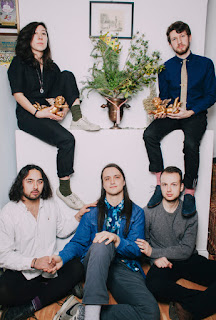 Background - On April 7th Stolen Jars will release their new EP, glint. Describing the concept behind the release, Stolen Jars songwriter and band leader Cody Fitzgerald writes, “A glint is a shimmering reflection of light and, at the end of the day, that is really what this EP is, a small 16-minute moment of reflection. It is 5 songs centered around themes of loss and renewal, songs about finding hints of memory in the present and trying to keep sight of them just long enough to let them go.”

The group has also released a new music video for their song "Long New York", which blends imagery that is equally nostalgic and ominous with interwoven vocal lines and chamber-pop orchestration.

"Long New York" follows the release of Stolen Jars' video "Eliot", the EP's lead track, which debuted on Brightest Young Things. Fitzgerald writes that the song was largely inspired by writer T.S. Eliot: "[Eliot] felt that in order for an artist to be truly universal they had to completely remove themselves from the work... But all of my music is really personal, it’s about these tiny moments in a day. And so the song is basically me wrestling with that concept."

Sparkling and melodic vocals unfold above, as the intricate soundtrack develops with 'Long New York', a fabulous and lovable song.