Everything Turned To Color - Ian Hunter - Husky - Bloody Your Hands 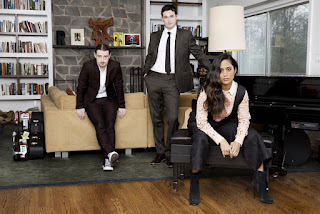 Everything Turned To Color includes brothers Bryan and Kyle Weber, two ex-alt-rock bandmates who co-own DIY tour booking website IndieOnTheMove.com (which services nearly 100K members) and their classically trained neighbor, Neha Jiwrajka, who left a tech job at Google to pursue a Masters in Jazz and vocal performance (her mother is a classically trained Hindustani singer). Starting March 25th, the trio will hit the road for a 24-date tour through NY, CA, PA, VT, MA, ME, CT and NJ.

Inspired largely in part by Bryan and Kyle's foray into parenthood, Life Imagined plays heavily on the bittersweet dualities of life and the big questions we all must ask. While much of the music exudes a whimsical lightheartedness in mood and melody, the lyrics dive deep into the fragility and innocence of childhood, the significance of enduring friendship, and the inevitable moments of love and loss that haunt us all. Website here, Facebook here.

Earlier this month we featured 'Invisibility' from this fine trio describing that piece as "an elegant and cultivated modern folk orientated song, where graceful vocals are accompanied by some delicate and exquisite music and subtle harmonies" The self titled 'Everything Turned To Color' pretty much confirms, they have the knack for penning and performing some fabulous music. 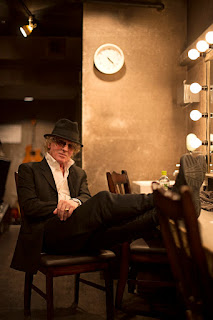 As leader of ‘70s British rock legends Mott the Hoople and as a hugely influential solo artist, Ian Hunter is widely revered as one of rock’n’roll’s most compelling performers and one of its most articulate songwriters. As author of such immortal anthems as, “All The Way From Memphis”, “Once Bitten, Twice Shy” and “Cleveland Rocks” and the voice of such landmark albums as, “All The Young Dudes”, “Mott”, “Ian Hunter” and “You’re Never Alone With A Schizophrenic”, he remains a hero to fellow musicians and fans around the world.

‘Ghosts’ will be released on 9th June 2017 on Proper Records. Live dates are on Beehive Candy's tour page, website here.

Ian Hunter could probably sing my local Indian Restaurants menu and still make it sound gritty and rock'n'roll. 'Ghosts' has a little bit of a blues feel at times, alongside the natural rock vibes and distinct and timeless vocals. Magnificent! 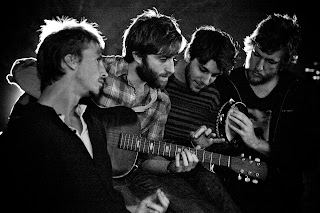 Background - Two weeks before the release of the long-awaited album Punchbuzz, Husky release another gorgeous single, with summer hit "Splinters In The Fire" - one of their catchiest songs yet.

The pair have released a live video for the single, shot in the gardens of an old mansion not far from where they live in Melbourne - a big, rambling place which perfectly suits their warm, yet forlorn sound.

"Splinters In The Fire" is part of their upcoming Punchbuzz album, due out on 2nd of June via Embassy of Music. Website here, Facebook here, live dates on Beehive Candy's tour page.

The live session version of 'Splinters In The Fire' is refined, melodic and refreshing. Subtle hooks are everywhere and the band are musically tight and natural. 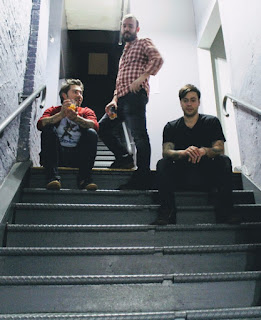 Background - Brooklyn-based trio Bloody Your Hands have shared new track "Wandering Home". Describing the track as the centerpiece of the album, the band explains it's about "chasing ghosts and dreams from one edge of the country to the other and back again only to realize that you can never really escape yourself." The song is the second single to be released from the bands forthcoming new album, Monsters Never Die, out July 7th.

Described as "a rattling frenzy of irresistible power" and "a multi-faceted canvas of all that is likable about twenty-first century indie rock", NYC-based Bloody Your Hands combines solid pop hooks, 90's alt rock instrumentation and driving garage rock - all with an explosive live show.

Formed in NYC in 2015, the band features members of The Nightlights and I Am The Heat, and draws from a wide range of influences including The Pixies, Nirvana, Superchunk, Archers of Loaf, Television, The Hold Steady, Wavves and Surfer Blood. They released their debut full-length in 2015 and are currently working on their sophomore release.

The band pack some power with 'Wandering Home' a song that veers towards garage rock but with enough pop sensibilities to ensure it's one catchy and play me again, type track.