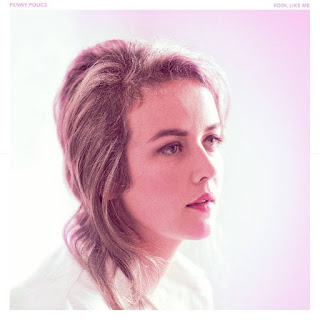 Background - Having been nominated for Denmark’s prestigious Gaffa award for Best Female Artist twice in three years in 2012 and 2014; and having been the recipient of the Bands of Tomorrow ‘Pop Artist Of The Year’ award in 2013, Penny Police’s releases to date have been showered with four and five star reviews across the board that laud her musicality, and her ability to conjure melodies so light, pure and delicately delivered as though they were made from the hydrogen atoms teased from a teardrop.

With her personalised brand of poetic and ambient art-pop, Marie Fjeldsted (aka Penny Police) is an artist so steeped in empathy, warmth and humanity you’d be forgiven for thinking she’d seen the inside of your private journal. Her warm, almost whispery voice gently guides the listener through her ballads, songs which are often based on found footage: conversations overheard, television clips - pieces otherwise forgotten.

While quick to profess her love for the music of Ane Brun, and coming from an imaginary family tree that might also include Susanne Sundfør and Lydmor at their most intimate, Marie has always drawn inspiration more from her own life than any heroes. She has a unique ability to distil a rainbow of emotions into a few lines, and an uncanny knack for writing songs that cut through the static of life and hit you beneath the ribcage. Writing primarily around the keyboard, that combination of pure voice and lyrical clarity, blended with her own musical eccentricities, keeps on making her new fans. Following one London show last year the NSPCC adopted ‘I Do Care’ as the anthem for their ‘Safe and Sound’ campaign online, and on TV across the UK.

New single ‘Fool Like Me’ is a gem of minimal electronics meeting orchestral sounds in a very beautiful mid-point with vocal similarities to Lana Del Ray and follows ‘No Horizon’ which has been gaining P6 plays in Denmark and praiseworthy quotes from the likes of The Line Of Best Fit and Amazing Radio in the UK. Both are taken from the forthcoming highly anticipated ‘Penny Police’ EP due out later this year. Website here, Facebook here.

'Fool Like Me' is a delicious ambient pop song. Melodic vocals float above a layered synth backdrop, and a gentle rhythm is all that is required to ensure Penny Police is fully on our radar. 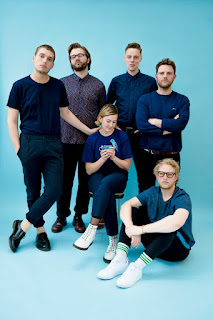 Background - ALASKALASKA are an art-pop 6-piece from London. They make beautiful, groove-laden music that seamlessly blends jazz, disco, funk and R&B into a bold and playful sound uniquely their own; synthetic beats play alongside live drums, delayed guitars and shimmering saxophones to create something musically rich and delightfully intricate.

Band leader and principle vocalist Lucinda twists brooding and introspective lyrics - akin to the words of Arthur Russell - into infectious melodies reminiscent of Warpaint, Dirty Projectors or Talk Talk, which demand repeat listens and could as easily soundtrack a wistful evening alone as they could a party. They’ve built a cult following and reputation as extraordinary performers through a handful of low-key London shows.

The two tracks 'Bitter Winter / Familiar Ways' are my personal introduction to the band. On Bitter Winter it's the vocals that I noticed first, followed by a lush and understated (yet quite intricate) musical arrangement. Familiar Ways is a smoother piece where the vocals and music glide along with each other, until the energy builds and the band demonstrate a more powerful side.