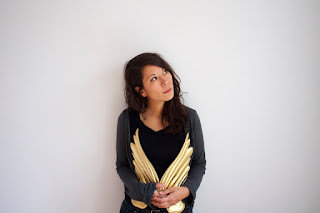 My Favourite Things - A Little Closer.

Background - Brooklyn-based quartet My Favourite Things have announced the new album ‘Fly I Will, Because I Can’, which is slated for release on July 14, 2017, but are already teasing the first single 'A Little Closer, loaded with shoegaze and dreampop goodness.

This is the third album from My Favourite Things, founded in Brooklyn by Dorothea Tachler (formerly of Igloo, The Swirlies, Alles Wie Gross). Fans of Beach House, Broadcast, dreampop and shoegaze should enjoy the album’s melancholic swaying, melody-rich offerings. This album should also appeal to lovers of acoustic folk music artists such as James Yorkston and Bonnie “Prince” Billy.

From a young age, her Korean/German/Croatian background has immersed her in a diversity of musical influences, which have shaped her. In 2009, she released “rarara” (Afterhours/Japan), followed by “Tomorrow’s Far Away” in 2013, featuring guest vocals from several friends and former band-mates, including Valerie Trebeljahr of Lali Puna, Damon Tutunjan from The Swirlies, Daru Oda (Norah Jones), Sean Meadows (June of 4, Lungfish), and Doug Scharin (Codeine, HIM, Rex).

Once again, Dorothea wrote and produced all the songs with their many textures, owing to the use of multiple instruments, many of which she also played: violins, flutes and autoharps weave in and out of twinkling glockenspiels, vibraphones and intricate, sometimes shredding guitars, delivered on a solid bed of a grabbing bass and ripping drums, with Dorothea’s balmy voice hovering and twinkling atop. Website here, Facebook here.

'A Little Closer' is one of twelve tracks on the new album 'Fly I Will, Because I Can'. This new collection of material is awash with dreamy, melodic and soothing songs. As a whole I would describe the album as more high quality dream pop than shoegaze, it's refinement and fabulous production, should give the album some deserved attention and wide appeal. 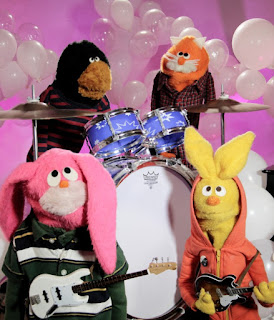 Background - Feltworth is a 4-piece rock band consisting of Dezi Feltworth (bass, vocals), his brother Manny Feltworth (guitar, vocals), Morris Katzenburd (piano, keyboards) and Cozy Balboa (drums, tambourine). You may, of course, know of them already if you have children at arm’s length. Feltworth has been an outrageously successful act on the children’s music scene for many years. They burst into the limelight early in their career with their first album of music for youngsters called Super Duper.

They followed that smash record with both Felty, Felty Places and We’re Feltworth, a pair of multi-platinum releases that saw the “fabric four” begin to add more original material to their repertoire of tried and true children’s classics. Their game changing fourth album, Beanbag Town, was their first album of all original songs for kids. It’s still considered a high water mark on the spectrum of adolescent entertainment.

Though regarded as financially and commercially successful, the fellows of Feltworth didn’t feel creatively satisfied by being pigeon-holed as children’s act. So, against their manager’s wishes, they’ve embarked on making a real pop/rock record that reflects their own personality and their influences - be it The Sweet, Paul McCartney, Brian Eno or Rupert Holmes. With the change in direction, they are challenging their core audience and seeking new listeners.

It’s been a tough-sell to their manager and label, so the band has decided to self-finance the new recordings that will be released via their own Dezman Productions label. The first release from this brand new batch of activity is a limited edition orange coloured 7” single featuring the rocking “Forget This Feeling” (lead vocals by Manny) and the longing romanticism of “You Turn Me On” (lead vocals by Dezi). There’s more music to come. The past is behind them. The future awaits-ish. Feltworth - Forget This Feeling / You Turn Me On, release date: June 02, 2017. Facebook here.

Having watched and listened to the video, without reading the promo I was a tad confused. Being too old and grumpy to be familiar with the bands background, 'Forget This Feeling' came across as a bright and breezy, unpretentious surf pop type song, with a ridiculous video. OK so now I an on message, and it's still a fine tune. 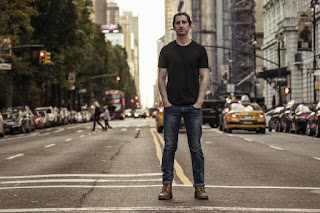 Background - Alternative folk rock singer-songwriter and guitarist Alan Getto shares his new single, "Change." His debut album, Versus, is due out August 2017. The LP was recorded over one long weekend at Studio 101A in Southern New Hampshire. The recordings were mixed by Simon Katz and mastered by Jonathan Wyner (David Bowie, Nirvana, Miles Davis) a Berklee professor and Chief Mastering Engineer at M-Works.

Inspired by paradoxical elements of life and examining his own transition into his current lifestyle, Getto finds a perfect balance between various dualities through his artistic expression. Having recently located to an unfinished farmhouse in Western Pennsylvania from Brooklyn, Versus presents Getto's personal confrontation with his own ambivalence. The album intentionally plays with cliché oppositions such as nature vs. the city, good vs. the bad and male vs. female. One can’t exist without the other, and for anything to exist, there must be a degree of conflict: "the versus."

Getto's guitar-driven, simple melodies act as a backbone for the lyrical emphasis in his music. Having studied literature, theology, and philosophy in college, his lyrics pay homage to these intense, existential topics, but with a unique, irreverent spin. Tracks, "Soap In My Whiskey," and "It's Fine; You're Ugly," present Getto's blunt voice and narrative, with gorgeous melodies and organic, roots-y instrumentals. Getto is inspired by rock, blues and folk legends, such as Tom Waits and The Band, and newer folk artists including, Steve Gunn, Lady Lamb, The Tallest Man On Earth and Deer Tick.

Once Getto had the concept, which was embodied by Leah Blanchette’s cover art, he enlisted friends to play on the album: three out of four members of the Boston “guerilla roots” band Damn Tall Buildings, along with cellist Kurt Villiard, drummer Tim Maxwell and pianist Jeff Davison.

Having previously released a live EP, All Different Times, Versus is the first full-length body of work to be released by Getto. While in Brooklyn, Getto performed around the city at various venues but has since moved out to the country, where he'll finish renovations on his farmhouse during the release of the record. Bandcamp here, Facebook here.

There's a pleasing laid back vibe that courses it's way through 'Change'. Add in the earnest vocals and some classic, bluesy guitar work and we have one superbly natural song, and a real teaser for the August album release. 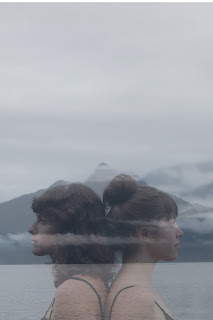 Twin Bandit - Everything Under the Sun.

Background - "Everything Under the Sun was one of our first experiences with Co-writing. We were excited to be in Nashville for the first time and wanted to write a song that expressed our gratitude. A tune for the highway on a sunny day, feeling your freedom, bright eyed and thankful."

The song comes from their new album 'Full Circle', which will be out this summer on Nettwerk Music Group.

Melodic and refreshing vocals are supported by a smooth mixture of country, folk and roots orientated music. 'Everything Under the Sun' is deliciously addictive as the melody and harmonies add extra sparkle. Album eagerly awaited! 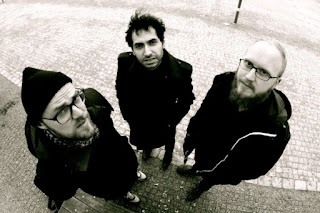 The Search - I Call You Home.

Background - The band was originally formed under the name “The Silverslut” in 1999 and they recorded 6 EPs before evolving into The Search in 2004. The group has since released 6 studio albums and has faced many changes in their line-up until it was eventually reduced to a trio shortly before the release of their record “Our Need for Solace” (2014).

Their new album “Songs about Losers” comprises 17 dark/dream pop tracks that remind us of The Smiths and many other British guitar bands of the 80s. Nevertheless, The Search’s minimalistic sound is modern and authentic, providing the perfect ambiance for their emotion-filled stories to unfold. Heart and soul of The Search is Razmig Tekeyan, a talented musician who once again proves his ability to embrace plenty of life’s experiences and blend them into his compositions and lyrics.

Their new album “Songs about Losers” was recorded and produced in the band’s own studio and mastered by Magnus Lindberg in Stockholm, Sweden. “Songs about Losers” may not change the world as we know it but listen to it with an open mind and you may be surprised. Facebook here.

The first of seventeen tracks 'I Call You Home' is a fine indicator of the timeless album that is, 'Songs About Losers'. The sheer number of songs, is not delivered at the expense of quality or originality. In fact for me it is rather a case of being spoilt for choice, and it will take a good few listens before I can narrow down to, which songs are my favourites. Their back catalogue may take some time to go through.