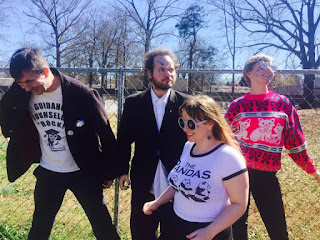 PCPPAIWJR creates a universe of sound, music for the internet age. As our access to music expands, its entire history sits at our fingertips just waiting to be heard.  Just waiting to inspire, this is the future of music—a glorious eclecticism that results in something original and urgently now. You can hear echoes of T Rex, Slits, Electrelane, Chills, Human League, John Cage, John Cale, GBV, Beefheart, Ono, Eno, Fine Young Cannibals, Fleetwood Mac, Luc Ferrari, Bananarama, ? and the Mysterians, Smiths, Syd Barrett, Sun Ra, and on, and on.

You’ll want to know about the title, you’ll have questions about the title. Turn on your TV, open up your laptop, sift through your phone, pay attention to the surreal dystopian nightmare all around us. PCP Presents Alice In Wonderland Jr is quite simply what it means to be alive in 2017. Facebook here.

We featured 'Incinerate' earlier in the month and then along comes 'Blackwater Homes' and a chance to share a second song from the bands forthcoming album. As regards the album we said "The album takes us from psych to indie rock and a whole load of other places. Sometimes it's quite avant garde other times hook laden and sparkling, there is never a dull moment", I think the new song might just reinforce that! 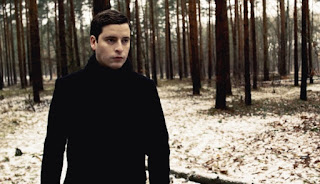 Recorded in Berlin, the artist has flipped the perspective from his previous work, with his new output yielding a much darker, heavier sound. Prosek brings together his singer songwriter roots and a more complex exploration of raw sound, instrumentation and arrangement, moving away from his folkier roots.

At the end of April he teased with "Tear It All Down", a track inspired, in part, by post-apocalyptic 2009 film, The Road. "Tear It All Down" tells a story of perseverance, but ultimately hopelessness. Borne out through both the lyrical themes and the music itself, it’s as if the very weight of the sound of the chorus is the burden of uncertainty carried by us all, and the emptiness of the verses, the stark and brutal void of the calm before the storm. The fear of the unknown is a palpable presence within the song.

Prosek’s evolution from acoustic singer songwriter to this new direction has been a natural progression through both his personal growth as an artist, and a reflection of a less certain world. Ed Prosek will be on a headline tour throughout Germany and the Netherlands in May, with festival dates and international showcases throughout the summer. Website here, Facebook here, live dates on Beehive Candy's tour page.

Title track from the EP (Part 1), and 'Flesh & Blood' gently grows into a rich and layered singer, songwriter piece of notable quality. One of three songs it demonstrates well Ed Prosek's ability to turn up the power and emotional feel with great effect. 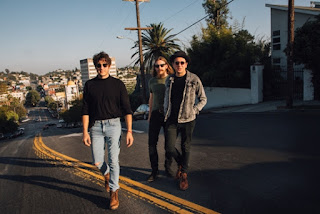 Background - LA-based indie rockers King Washington have just released the official music video for their second album single "Superman," from their forthcoming studio album Potential. The album is due out May 19 in digital, CD and LP formats, and is available now for pre-order (here). The Pledge Music pre-order is also live (here), and includes exclusive bundles with signed product.

"Superman" captures the frustrations of the artist - the feelings of not being good enough despite countless time and effort to improve and succeed. It buddies up to the band's inspiration behind the album title Potential and together, both titles reflect the push-pull of trying to get recognized, while also balancing the need for outside gratification to mark one's assessment of their own talent. The video crystallizes this as the camera follows fine artist Danielle Lee throughout her day as an aspiring artist. Ultimately, as King Washington's Tyson Kelly points out, "There is an underlying message that good things come to those who perservere."

Drawing from diverse influences such as Grizzly Bear, The Crash Kings, The Talking Heads, The Beatles and Crosby, Stills & Nash, Los Angeles’ own King Washington are in the midst of creating the New California sound. By fusing classic vocal harmonies and lyrical melodies with a contemporary approach to songwriting, the band has created a unique sound that is as creative as it is familiar.

This album sees members Tyson Kelly (guitar, keys, vocals), George Krikes (lead guitar, vocals), and Billy Lee (bass, vocals) joined by David Contreras on drums. With two albums behind them, and a tour history that includes playing over 150 shows across the US since 2014 (sharing the stage with the likes of The Artic Monkeys, Collective Soul, and Ambrosia), King Washington plans on continuing the trend of blowing audiences away across the nation... as one of LA Weekly's top live shows in Los Angeles. Facebook here, live dates on Beehive Candy's tour page.

The vocals and harmonies stand out on 'My Reflection' an indie rocker that has plenty of melodic hooks, along with a feisty beat that gives the song an additional dimension to the overall piece. 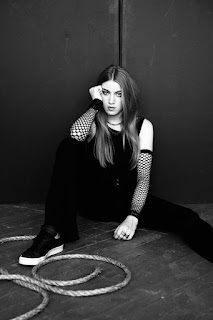 Raised between Spain, London and Germany, now based in New York City and London, the songs are inspired by Alexa Dark's transient lifestyle. The songs were written in bedrooms, planes, between drinks outside East London clubs during early  morning hours and on the concrete of various metropolitan cities. Conceived in heartbreak, in transit and from boundless nostalgia, these tracks intertwine cultural and personal narratives, influenced by the Spanish singer songwriters played in her childhood kitchen, in addition to female rock legends such as Patti Smith, Debbie Harry and Kim Gordon.

Empty Drinks/Empty Hearts is a collection of songs cultivated in the brief moment when the party is over, when the sobriety comes just before the morning does. "Blur" is one of the first songs Alexa wrote and has evolved to cater to many different relationships and situations throughout her life. It's a "fuck it" anthem, of sorts, but still portrays vulnerability, baring her bones. "Nothing More" is an "anti-love" song, about loving but in an untraditional sense. Referring to the EP's title, "Empty Drinks" is a party anthem that encapsulates the sober realization and reflection on the emptiness felt at the end of the night. Website here, Facebook here.

Alexa Dark's vocals are well suited to alt rock, tuneful with just a little rock'n'roll edge. 'Blur' is one very catchy song, the music is a little understated allowing the song both lyrically and through it's fine delivery, to shine through. 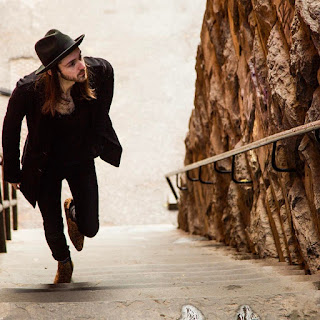 Carter Lou & The Project - Do Or Die.

Background - Lead by Washington, D.C.-based musician Carter Louthian, Carter Lou & the Project's beginnings stem from tragic circumstances. The night before he was set to go to college, Lou snapped: his two best friends had recently killed themselves a day apart, and his girlfriend had just broken his heart.

Combined with the reality of the packaged post-college suburban life he was heading toward, he felt even more emptiness. He boldly told his parents that he wasn't going to university in the morning and has chosen to pursue music instead. Since then, the band has packed out numerous headlining shows and earning a prestigious endorsement from PRS Guitars.

"Do Or Die" is the first single from Carter Lou & the Project's forthcoming self-titled album, produced by Mark Williams and Rick Beato (Shinedown, Needtobreathe). The single's lyrical content arises from Lou's past heartbreak and finding the strength and trust to fall back in love again. Facebook here.

'Do Or Die' is a tight, rhythmic rocker that doesn't try to be anything else. Energised music alongside passionately natural vocals makes for a fine personal introduction to the band.