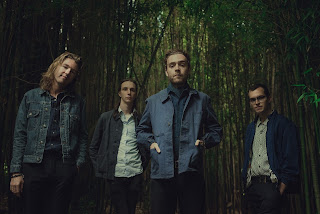 Background - “Arms Wide Open is a new collection of songs about welcoming the power of possibility into your life. It explores hopefulness, vulnerability, openness & retreat; but learning how to deal with life’s uncertainty and that it doesn’t always go the way we plan." Tennyson Nobel (Vocals/keyboards).

Like many bands, The Lovely Days started in a garage but with a bit of a difference– brothers Holden and Tennyson Nobel were only five and seven at the time. Most days, they squeezed in behind the Mitsubishi to learn their chops from their songwriter Dad. It was the start of a mad, musical immersion - Mozart one day, McCartney or Radiohead the next.

As soon as they got their drivers licences, they hightailed it to Melbourne from hometown Mullumbimby and hooked up with old school buddy Stephen Dickie and new found friend Jackson McIvor to form The Lovely Days. The Lovely Days emanates musical vibes resonant of the 60’s and 70’s: not to recreate a golden age but purely to invent a new one, authentic, hopeful and always in a groove with stand out harmonies and passionate musicality. The Lovely Days are; Tennyson Nobel [Keyboards, Vocals] - Holden Nobel [Bass, Vocals] - Stephen Dickie [Guitar, Backing Vocals] - Jackson McIvor [Drums]. Website here, Facebook here.

One of five tracks on the new E.P. and 'Mornington' is a zappy and energetic indie pop meets rock type of song. Upbeat and with a message, the band also carve out a defined and individual sound. 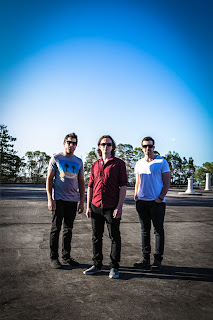 Background - Hawkmoon are the collective musical identity of Pat Hehir, Liam Hehir and Reuben Aptroot. Their soon to be released debut album The Saturn Return is an album produced to fill a void in the current musical landscape, where distorted guitars, eclectic songwriters and ‘rock’ have gone underground.

After numerous live gigs, festival appearances and EP releases with earlier incarnations of Hawkmoon and Reuben's Ultrafeedy, the three would be brought together in 2013 under the Hawkmoon banner to create music that was thoughtful, challenging, bold and fresh.

On the heels of the album’s first single Silverline, comes Hologramatic, the second single from the album and one of the more unique and distinct songs the band has recorded. Like the rest of the album, Hologramatic was recorded in Reuben’s home studio and produced by the band.

“Hologramatic was one of the last songs we put together for the record”, says Hawkmoon lead singer and guitarist, Pat Hehir. “We wanted to do something different with this song and had a lot of fun experimenting on it in the studio, like creating loops out of objects in the garage. It has a U2 Achtung Baby-feel, combining a live rock band with processed sounds. From a lyrical perspective, the song captures one of the main themes of the album. One of identity and questioning your place in the universe.” Facebook here.

'Hologramatic' mixes exuberant harmonies and somewhat calmer vocals together which alone, makes the song stand out. Add in the feisty alt rock music and we have one very appealing teaser for the album. 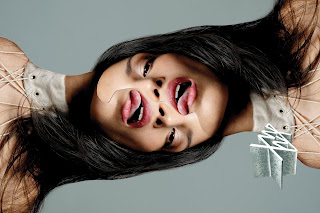 Background - Vandana is pleased to share the last single from her new EP, Nox Anima. Fusing elements of disquieting electronica with alternative pop, Vandana’s angular, intense music embraces womanhood and otherness as if from inside the mouth of a cave. Her multicultural lifestyle, from India to London to Brooklyn, has influenced her wildly eclectic and self-assured material, which arrives steeped in the knowledge of ancient Indian traditions and fables as well as in assorted vehicles of abstract art and thought.

Inspired by musical pioneers like Aphex Twin, Thom Yorke and Miles Davis as well as the vibrancy of Bollywood, the Gothicism of The Cure and the evocativeness of Fever Ray, Vandana also takes her cues from purveyors of subversion like Edgar Allan Poe, Lars Von Trier and Henry Miller. In this latest material, the naturally introverted singer brings her insular and mysterious writing process to life via slow-dripping, throbbing synths, creating an atmosphere that’s arcane, exotic and brooding.

An instinctive and intimate record - and one that was created in Vandana’s home studio during a period of solitary retreat - the six-track EP makes for a truly absorbing listen. The whole EP twists about on a mixture of abstract and visceral themes, building you up before submerging you in swirls of throbbing sound that threaten to unsettle your very core. Website here, Facebook here.

'Jaan' has a mysterious feel from the word go. The vocals and electronica seemingly take different paths and at the same time compliment each other as the song builds in richness. 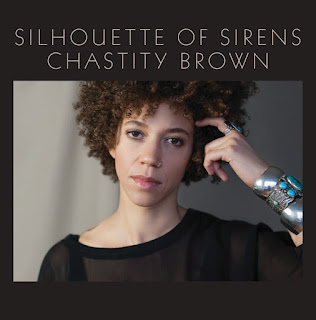 Background - Following the success of previous release Backroad Highways, a performance on Later ... with Jools Holland with single Colorado and a US tour supporting Ani DiFranco; Chastity Brown has announced the release of her new album Silhouette Of Sirens through Red House Records on May 19th.

An artist who can plumb the depths of sadness in a single note, then release it in the very next breath, Chastity Brown melds folk, pop and soul on her Red House debut, Silhouette of Sirens, weaving together a poet’s lyrical ear and a soul-laid-bare quality. The album’s 10 original tracks introduce us to a new voice – a songwriter of power and conviction who isn’t afraid to bare her heart as she sings of heartbreak, need and love. The album will be released on May 19, 2017 on CD, vinyl and all digital formats.

Based in Minnesota, but with roots in Tennessee, Chastity grew up surrounded by country and soul music. In the full gospel church of her childhood, she played saxophone and drums and found her singing voice and a passion for music. Her first show was in Knoxville, TN, and then it was on to Minneapolis. Since then, she’s been  featured on NPR’s “Favorite Sessions,” CMT, American Songwriter, The Sunday Times, Paste Magazine, Independent and others.

Chastity Brown's vocals exude a mixture of passionate determination, with a little vulnerability. That's enough to make 'Wake Up' grab my attention, however the added pace and energy of the music, pretty much ensures I'm gonna have to hear more.