Background - Today we have the new video for "Redheads" from Andrew Johnston's new album "The New Great Game." It was directed by Sinbad Richardson who has worked with various notables including Sam Roberts, Plants and Animals, and Young Galaxy.

Growing up in Ottawa and now calling Montreal home, Andrew has had the great fortune of a career that has included work with some of Montreal’s finest including Richard White (Besnard Lakes), Rishi Dhir (Elephant Stone), George Donoso (Sam Roberts, the Dears), JF Robitaille and many more.

“The New Great Game” is the sound of an artist earnestly aiming for the bleachers and holding nothing back. If a certain aesthetic of coy restraint has become fashionable within indie rock circles, this album grabs the listener from minute one and seems to earnestly proclaim that there is no time to lose; we must love now, yearn now, strive now: our dreams will live or die in this moment.

Title track “the New Great Game” is indicative of the terrain we are in here. Starting with a Springsteen-esque piano figure that descends into a wall of carefully crafted 6 and 12 string guitars, “The New Great Game” careens into a chantalong breakdown section to make the Hold Steady jealous, before changing gears and sinuously weaving its way to a riveting conclusion of stacked vocals, wailing guitars and pounding drums.

With lyrics such as “ain’t there somewhere we can go where it still feels right - ain’t there something we could say that don’t feel like diffidence”, it is clear that Andrew is in big picture mode, trying to make a statement about the hardships and cruelty of the modern world that still makes room for magic, a little romance, and the dreamer that is inside us all. Website here, Facebook here.

We first featured Andrew Johnston back in November of last year, and it is a delight to be able to premiere the video for 'Redheads' taken from the 'The New Great Game' album. Previously we commented that his "musicianship is first class and Andrews vocals are equally pleasing" something that is now for me, confirmed as a natural hallmark of quality, as demonstrated both through the new album and the imaginative music video for 'Redheads'. 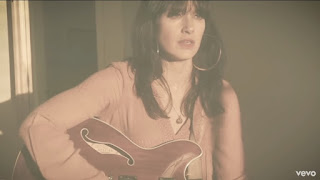 Background - Juanita Stein has unveiled a new song and music video from her upcoming solo album, 'America', out on 28th July (Nude Records). Director Rob Loud, tells us, "My goal is to create a feeling, and let the artist’s lyrics and music tell the story. For this video, the visuals are meant to evoke a sense of strength from moving on, and the trepidations of starting over again."

The video follows Juanita freely flowing across Western America, in a cinematic exploration of striking landscapes and evocative vocals. The recognisably romantic setting fits well with an album pertaining primarily to the inevitable disparity between expectations and reality that so many encounter in pursuit of an "American dream."

Already well known as singer and songwriter for the Australian rock band, Howling Bells, Stein is ready to release her first solo full-length. She worked with renowned producer Gus Seyffert (Beck, Ryan Adams) to complete the album. Stein recently gave a dazzling performance with Tom Petty in Hyde Park and is gearing up for a full tour of the UK and Ireland. Website here, Facebook here, live dates are already on Beehive Candy's tour news page.

At the start of the month we featured I'll Cry' from Juanita Stein and now we can share the new video for 'Someone Else's Dime'. There are some beautiful new folk (or maybe country) rock vibes in this melodic and addictive song, ensuring the forthcoming album remains firmly on our radar. 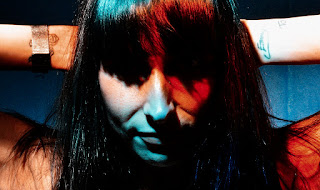 Background - London born and bred, Anna Tosh has been lending her considerable six-string skills to a varied roster of bands since she was a teenager, among them Wildhood, Love Nor Money, Hey Gravity and Shotgun Venus. But with her own collection of striking self-penned songs demanding attention, and the assistance of a red-hot rhythm section in waiting – Herman Stephens (bass) and Jeremy JayJay (drums) – Anna decided it was high time to make her mark as a solo artist.

“My intention for my solo project was simply to write some songs for myself, with no boundaries or expectations,” she says. “I was deliberately trying not to think of what anyone else might expect me to do, and chucked the idea of seeming cool out of the window.”

As a musician who has turned her hand to a whole host of styles when performing with others, it was inevitable that disparate influences would shape her songwriting. “My roots are in punk, rock and blues,” says Anna, “but I have been playing and listening to hip hop, drum and bass, funk, psychedelia, dream pop, experimental electronica…”

Anna’s decision to take more control over her musical output was part of a general reappraisal of her life direction following a relationship break-up. She emerged galvanised and positive, reflected in the songs that comprise her debut EP, ‘One Big Fire’, which deal with friends, lovers and an acceptance of the capriciousness of these relationships. “They come and go from one moment to the next,” says Anna. “It’s a never ending source of inspiration how weird life is.”

About ‘Weightless’: To a soul-infused alt-rock groove, as cool as midnight in Reykjavik and performed by a band as intuitive and tight-knit as sometimes only a three-piece can be, vocalist/guitarist Anna Tosh tells of her recurring dream. In it, she walks across a beach into the sea and is swept away, to a place of aquatic mystery and uncertain companionship.  “It’s about returning to the unconscious realm and drifting underwater to meet with lost figures from the past and future”, says Anna. “It’s about magical transformation.” Facebook here.

'Weightless' has a rhythmic and bluesy feel that is both catchy and a little hypnotic. Anna's vocals contrast well with this type of song, adding some refinement whilst remaining rock'n'roll enough, to make the whole piece work. 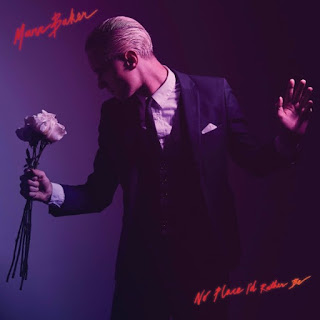 Marc Baker - No Place I'd Rather Be.

Background - LA-based new wave and post-punk artist Marc Baker has shared his debut track "No Place I'd Rather Be". Marc Baker brings attitude to pop and romance to punk. He throws roses into the crowd. He swings the mic around his neck while donning a three-piece suit. This is what’s to expect when the Melbourne born and bred singer takes the stage.

The music, too, is reflective of all these things compounded with the frenetic energy and indelible melodies prevalent on the records he grew up listening to, which continue to serve as inspiration. Filtered through his and producer Benjamin Plant’s (Miami Horror) discerning ears—the songs recorded during their sessions yield a contemporary spin on that beloved, vintage sound.

The first single is entitled “No Place I’d Rather Be.” Its refrain illustrates the emotion Baker so brazenly wears on his sleeve: “There is no place I’d rather be than next to you, holding hands, watching the world fall to pieces,” he sings.

But it’s the yearning expressed—that desire and desperation to connect—which is most revelatory about Baker and the timeliness of his arrival. Sure, while that sentiment of longing is no stranger to song—it’s perhaps even more relevant today, where connectivity, though ostensibly at our fingertips, has never been so far away. Facebook here.

'No Place I'd Rather Be' has some feisty flowing synths and a tight rhythm that makes for an energised background, something that works very well with Marc Baker's equally flowing vocals.