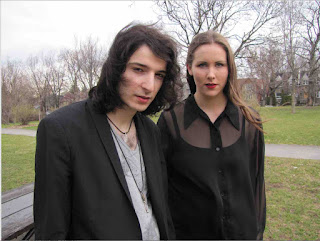 Background - If a musician’s creative output is intrinsically linked to the journey that brought them to that point then it is hardly surprising that Discolor Blind’s debut EP 'Long Vivid Dream' is a mercurial blend of flavours and genres. The journey taken by frontman Askhan Malayeri has been one that has taken him from his native Tehran to Cambridge and London and then across the Atlantic to Canada, where he established his own studio and began pulling together all of the ideas that would weave together as his first significant release.

This is as much a show case for Ashkan’s musical skills, from composition to lyric writing to multi-instrumentalism to production, as it is a suite of songs in its own right. This EP not only connects the dots of his musical learning, but also connects the flavours of the cultures he has lived in and the styles that have influenced him.

‘Long Vivid Dream’ was recorded in Montreal between April 2013 and October 2015. It features vocalist Alexis Nadeau, who Malayeri met through a mutual friend in September 2013. The EP also involves Grammy and Oscar-winning music producer Jeff Bass, best known for his long-term work with Eminem.

The first single from the EP is ‘Black and Grey’, a song shot through with the melancholia and angst that crept in from the cold Canadian winters he now found himself acclimatising to. But it also sums up the myriad textures found on the record, a mix of chilled and measured washes, which are used as platforms for more intricate sounds from raw guitars and plaintive pianos to pop beats and even sultry jazz grooves. Facebook here.

A mixture of musical genres and sounds are blended into a refined soundtrack that obtains some rock grit through a short guitar break. Add in the dreamy gentle vocals & 'Black and Grey' really is a song that stands out. 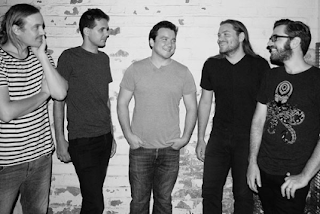 Background - Petersham's The Vacationists return with haunting and atmospheric new single Bush Turkey. The single bristles with post-punk energy and builds on a recurring minimalistic lead melody to a roaring crescendo. Its restless energy and Lynchian musings on obsession make it The Vacationists’ darkest release to date.

The band started out in 2014 over a shared love of Phil Spector arrangements, dirty guitar tones, inexpensive beer and pop melodies, and have continued to pour their hearts into their offbeat songs ever since.

Known for their fun and loud live shows, which they have brought all the way from Newtown to Dunedoo and back again, The Vacationists will bring this fun-loud combo to the Botany View Hotel on August 25th to launch Bush Turkey (supported by Okin Osan). Bandcamp here.

A tightly delivered, understated musical arrangement, pairs well with the moody low key vocals on 'Bush Turkey'. The songs energy levels build & the track has a burst of emotion that reminds us The Vacationists are wide awake & ready to twist and turn on a whim. 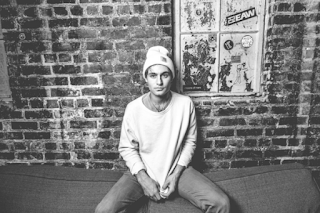 Yoke Lore - Only You.

Background - Yoke Lore Releases New Music Video For "Only You", Goodpain EP out now. Yoke Lore started 2017 with a bang, playing shows alongside Wild Child & Urban Cone and making his SXSW debut. In spring, Yoke Lore joined Overcoats, Shura & The Pains of Being Pure At Heart for a slew of dates; this summer, he's playing a handful of festivals as well as supporting Brick + Mortar - see below for routing!

Yoke Lore, the new musical venture of Adrian ​Galvin, previously of Yellerkin​ and Walk the Moon​. Galvin grew up in an artistic family, his mother a director and his father an actor and sculptor. He was immersed in painting, photography, and ballet from an early age, eventually finding his first musical passion in the drums.

While pursuing music, his artistry in other disciplines has not faltered, even lending his own artwork as the cover of his 2016 debut EP. Far Shore EP achieved over 4 million Spotify streams, 3 Hype Machine​ top ten singles, and songs from the EP were featured in MTV’s The Real World and Netflix’s Santa Clarita Diet. Galvin’s newest EP, Goodpain, has racked up over 2 million Spotify streams in a short period of time and includes the #1 Hype Machine song “Goodpain”. Website here, Facebook here.

'Only You' is an extremely catchy track, both with the notable and engaging vocals and a clever musical arrangement that mixes power and refrains seamlessly. With a creative song like this I hope that Adrian ​Galvin's many artistic endeavours, will find music remaining a core feature.