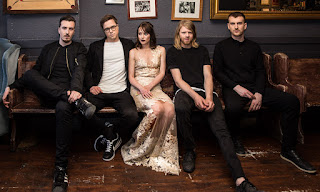 Background - Some artists want to shine a light in the darkness. Common Deer come bearing an arsenal of floodlights.  The band’s stirring new single “Wait!”is proof that the powerful Toronto quintet stand apart as a vessel of uplift, a call for camaraderie, and an act of resistance against jaded nihilism. The song is the first off their second EP “II” which lands on September 8, 2017.

With two sets of siblings, several multi-instrumentalists, and a determination to push the boundaries of classical music, Common Deer offer a glimpse of hope in a world overwhelmed by complex issues and insecurities. Vocalist Graham McLaughlin describes “WAIT!” as “an awakening to a social climate we didn't anticipate, a recognition that strength is in numbers and ideas only if they are inspired and connected.” He adds that “the song urges people to confront ignorance. We really feel like there's no time to waste.”

The lyrics of vocalists McLaughlin (guitar, violin, vocals) and Sheila Hart-Owens (keyboards, vocals) reflect the zeitgeist: the anxiety of the modern age is met with a crying out for a sense of connection. “Trying to create light in the darkness; it’s a mentality we share,” says Graham. Nevertheless, Common Deer are not blind optimists peddling escapism; their live shows are joyous, celebratory affairs, rich with rousing, orchestral pop sound built for festival stages. The line-up is rounded out by Adam Hart-Owens (cello, guitar, synth), Liam Farrell (percussion, synth, samples) and Connor Farrell (bass).

'Wait!' is vigorous and sparkling right from the opening moments. Music and vocals are dynamically crafted, and above all else the song is massively catchy. 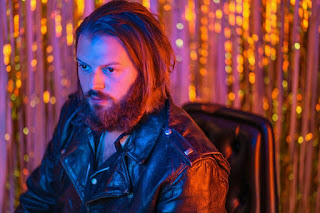 Background - The Nashville alt rock outfit drops a new sci-fi inspired track ahead of their debut record, Eidolon, out this fall. The brainchild of producer and multi-instrumentalist Jordan Dean, Stereo Specter is the culmination of Dean's time spent chasing the pavement as a staff songwriter on Music Row coupled with his lifelong passion for all things vintage sci-fi.

"When I hear what’s going on in music nowadays, it seems like people are worrying more about production and less about creating a memorable song that you can play on a guitar or a piano that people will want to listen to in five years,"

Dean muses. "I’m trying to write stand alone songs first and then produce them uniquely. It was also really important to me that I played every note on the EP myself. I just wanted it to be the purest expression of me, you know? I’ve worked with other producers and writers... I've been dressed up by stylists, but I've never been satisfied with all that. This time around, I decided to take matters into my own hands and just become what I wanted... and that's Stereo Specter." Website here, Facebook here.

With vintage sci-fi slowly giving way to a more powerful musical soundtrack 'Animal' starts on a high and keeps up the momentum allowing the vocals to emerge and develop from deep in the mix. 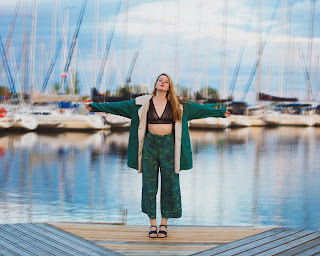 Background - Waking Up is a nostalgic look at a carefree summer, but the sunshine is enveloped with a dark undertone.

It filmed the video while the band was touring in England and it hints at the EP’s theme as a whole.

“I was struggling with a few things while trying to maintain an illusion of positivity and balance.

The dichotomy of stability and disorder is present in ‘Waking Up’ as well as the remainder of the EP’s songs, even if that wasn't intentional when we wrote them.” - Jill (vocalist of Illyin Pipes). Facebook here.

Rich, sprightly synths launch 'Waking Up'. Distant dreamy vocals gently ebb their way into the atmospheric song, with the video adding some further expression to a very fine song.

Background - Boston-based indie psych rock outfit The Max Tribe are excited to share "Hello," the first single from their forthcoming LP Retrofit. Vocalist Austin Max describes the meaning behind the track: “It started as a love song, but towards the end of the writing process it turned into a breakup song surrounding an affair. It's somewhat dark, yet has a bright chorus that reflects how the antagonists bad choices are clear and transparent.”

The Tribe was born in 2013 when Nashville native Austin Max (Guitar/Vox) united with Northern Virginia Native Conner Kessler (Drums) at music school in Boston. For a year they developed a psych sound playing around New England. Their debut single, “Tape Machine” was featured on Sound of Boston as one of the top 5 releases of 2015. Max, Kessler linked up with Noah Lubert (Keys/Vox) and Rafael Minerbo (Bass) in 2016. Noah and Rafa contributed to form the intertwined charisma that became the group's signature psych sound.

Over the course of 15 months, the Tribe wrote and recorded their debut LP Retrofit at 1867 studios due August 2017. In January of 2017, they embarked on a winter tour covering the North and Southeast. They are currently gearing up for their LP release and summer tour of the record. Together, the Tribe creates a unique blend of psych rock with influences stemming from The White Stripes, The Beatles, The Doors, The Black Keys, King Gizzard and The Lizard Wizard, and Cage The Elephant.

The release of Retrofit on August 11th coincides with the start of the band's U.S. tour. Website here, Facebook here.

A funky riff and some tight and refined musicianship allows 'Hello' to build into a very engaging alt rock song. The vocals are just right for the music, this is a first rate teaser for the forthcoming album.