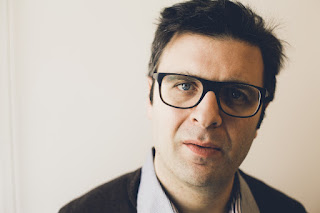 Background from Friendly Rich - My name is Rich but most people like to call me Friendly Rich. I wear various hats in the creative field ranging from composer, to publisher, and even soon to be Dr in Music Education.

My journey in the music industry started back in the 90s composing music for 3 seasons of The Tom Green Show on MTV. Flash forward to 2017 and I now have released 10 records, a book, and now soon to be a one-of-a-kind video for my new single!

When it came time to make the video for the single, I knew I had to reach out to the folks at Everything Is Terrible, as I’m a big fan. It’s been wonderful working with them, as they perfectly melt my song about a high profile Canadian divorce with North America’s forgotten past!

'The Melon Sun' is a rowdy and riotous blast of crazy rock'n'roll where the vocals are wonderful, the music explosive, & the video suitably insane. 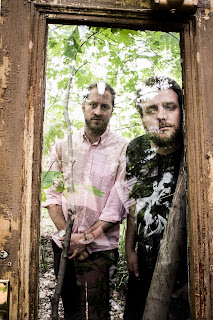 Background - NØMADS’ new single “Phasmophøbia”, is the August installment of the post-punk duo’s forthcoming/ongoing Phøbiac project. Phasmophobia is the fear of ghosts. The phenomenon of paranormal experiences presupposes a duality of time between the past and the present; a figure existing in both the past and present planes. Phasmophobia is often confused with Spectrophobia, a fear of mirrors or reflection, which is interesting in that a ghost is in essence a reflection of a past reality.

We all have our ghosts. "Phasmophøbia" tells the story of an ex-lover, haunting the streets of the paranoid narrator's daily world. After last month's release of “Megalophøbia”, the duo has chosen to release the next two singles in live video form, showcasing the band's progression towards the synth-driven shape of Phøbiac Part 2, to be released in a March of 2018.

Featuring swirling, long-form synth improvisation, and man vs machine drums from Brian Wolfe (of David Byrne & St. Vincent and the Dap Kings), the Live from Pittsburgh video series was filmed in the cavernous shadows of an abandoned Catholic school's furnace room, executed in one full take with no edits. The full Live from Pittsburgh video EP will be included with any download of Phøbiac Part 2 next year. Phøbiac Part 1 (comprised of previously released songs) will be released this October. Facebook here, Bandcamp here.

This is our third dip into the year long single by single release that makes up 'Phøbiac' a collection of material that is proving to be a feast of energised inspiration. The latest release is 'Phasmophøbia' a song which is a little less full on post punk & where the synths are more upfront. The passion & increase in melody only serves to add more diversity to what is a very fine the collection of music. 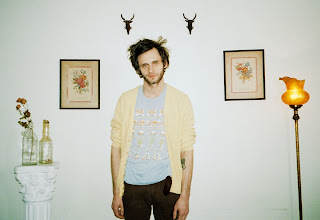 Background - Soft Fangs is the musical project of Brooklyn-based songwriter, John Lutkevich. Since his first EP (soft fangs | 2014) and subsequent full length (The Light | 2016), Lutkevich has been enticing audiences all over with his purposefully crafted dark pop.

Influences like The Beach Boys, Leonard Cohen and Pavement melt together to form a scuzzy tangle - from which emerges a dreamier sound reminiscent of acts like Sparkle Horse - while literary inspiration comes from the magical realism of author Gabriel Garcia Marquez and avant-garde poet Robert Creeley.

On his latest release ‘Fractures,' Lutkevich says: “The LP is a collection of songs that I wrote over the past year in fragments and then recorded in three days during a snowstorm in Maine. I wanted to take these songs that I’d written leisurely over the span of a year and then record them very quickly.  It’s the first album where I've enlisted the help of others to engineer, so I let my good friends Bradford Krieger & Chaimes Parker (Big Nice Studio) handle all of the recording aspects, and I just got to run from instrument to instrument.”

Songs like ‘Honey Colony,’ drip around the ears of the listener, melding the story of a bee with that of a workaholic, while other songs like ‘Elephant Girl’ and ‘We Don’t Live Together Anymore’ take on abstract interpretations of loneliness and alienation.

“The album varying in concept is precisely the concept, hence it’s title. They are fractures from my life and other people’s.” Bandcamp here, Facebook here.