The prolific NYC-based psych-pop trio recruited a group of young art students from The Good School, a mobile arts education school for young NYC students that specializes in stop-motion animation. Students at The Good School work out of schools all over Manhattan and Brooklyn, so Monogold went into a class to meet with a group of them and talked to them about food, candy and dreams, and the students created this absolutely adorable video that was as weird as the band hoped. All of the kids who worked on the video were between 6-7 years old and did all of the animation by hand, completely on their own. Pretty, pretty amazing!

Monogold has been incubating since the release of Yolk in late 2016, with their style and lyrical content developing and slowly evolving into something more than single-celled. Whereas “Cinnamon” approaches the concept of one discovering another’s body, “Feelers” shows what it would be like to see sunshine for the first time, if you were a newly born bug. Surf-pop gem “Pink Lemonade” strives to remind us of the simple pleasures of beautiful awkward first loves and strange nakedness in the summer. The egg has hatched and Monogold is ready to eat. Or, perhaps, they’re ready to feed the world with their new album Babyfood. Facebook here.

Refreshing, charming and melodic 'Cinnamon' is all of that and more, plus the video adds another layer of beauty, this one upgrades your day! 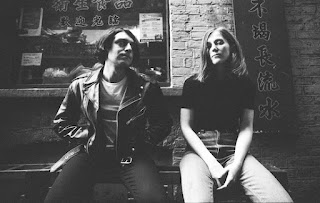 Background - New York duo QTY have revealed the video for Dress/Undress. The track is available as a limited edition 7” through Dirty Hit and is taken from their forthcoming debut album, produced by Suede guitarist Bernard Butler.

To take us further here are a few well chosen words from the band.... 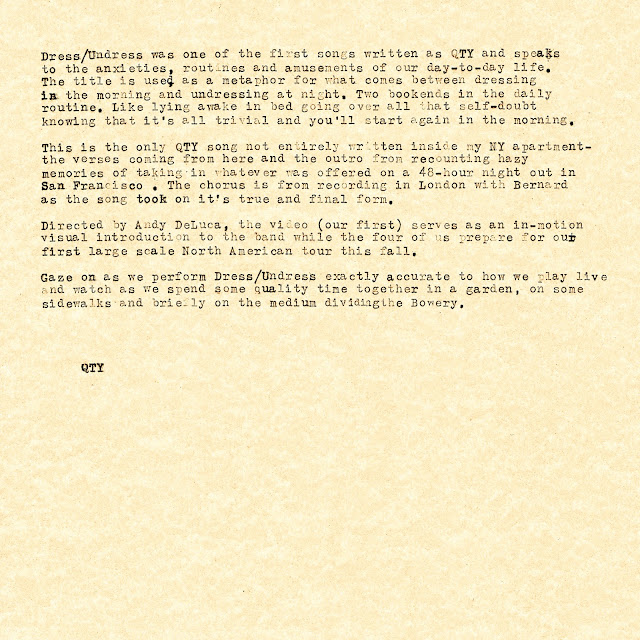 Rich, distinct vocals are supported by a raunchy free flowing rock soundtrack. 'Dress/Undress' has a timeless feel to it, & is rammed full of hooks. 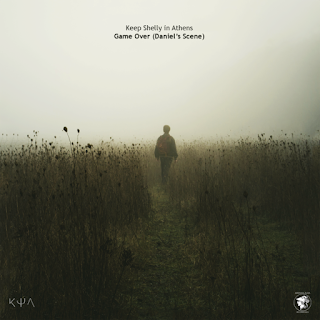 Background - Keep Shelly In Athens shares new single, "Game Over (Daniel's Scene)" -- new album Philokalia due Sept. 29. The ethereal and swirling sounds of the ambient-influenced pop of Greece's Keep Shelly in Athens captures the transient feelings of city life and the inevitable passing of time. With lush melodic beats and dreamy vocals Keep Shelly's production is an accessible and lighthearted entry into the world of down-tempo electronica.

Their third LP, Philokalia, is coming out on September 29, 2017 via their own record label Athenian Aura Recordings with the Aussie award-winning novelist/poet Jessica Bell as their new singer. Website here, Facebook here.

Out third track in three months ahead of the new album, this time we have 'Game Over (Daniel's Scene)' a stirring & atmospheric piece, which for me cements the deal for 'Philokalia' an album that is clearly destined to join my collection. 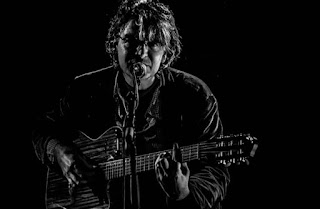 Backgroud - Cormac O Caoimh released his 4th solo album “Shiny Silvery Things” earlier this year to great acclaim in his native Ireland. It charted in the official IRMA charts and was launched with a sold out show in the Triskel Christchurch, Cork. All 12 songs have already received airplay and the first single (his most successful to date) reached over 3 million listeners in Ireland. The song was played in over 23 stations in Ireland and many more in the UK (including the BBC) and Europe (Italy in particular has attracted a big following with Italian cities topping the Spotify listener charts).

His intimate vocals, magical melodies and exquisite guitar playing has always attracted very favourable appeal to critics (with Mojo, The Irish Times, Hot Press, R2, Americana UK, OndaRock in Italy and many more) always quick to point to his unique style as well as comparisons to acts varying from the dreamy pop of The Go Betweens, Badly Drawn Boy, Elliott Smith and Prefab Sprout to the introspective and more folk-oriented Nick Drake, Leonard Cohen and Paul Simon. But he seems himself as a pop song-writer. When pop was good.

Specialized alternative radio stations were always on his side. Every album has received airplay from radio stations and DJs who love music and who love uncovering hidden gems. But with this album Cormac has seemingly hit a pulse on the mainstream and has also been playlisted on daytime stations and shows reaching a far bigger audience than previously possible. His loyal and enthusiastic fanbase (cd sales are still important for this man...the budget of every album is strictly based on the previous album sales) is growing. Finally too in his home country of Ireland where up to now the majority of sales were outside of Ireland (in the UK, Europe and US). The second single (Silence and Sound) is due for release Sept 15th 2017. Facebook here.

'Silence And Sound' is one of those less is more songs. Gradually building however never saturating, the melody, the vocals and a superbly understated yet very complete musical arrangement, makes for one fabulous song.