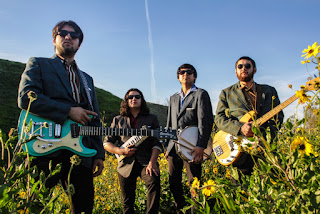 Out of the East LA creative hotbed, Twin Seas was born. Inspired by 80s new wave, 60s psychedelia -- and of course, their own Latin roots -- Twin Seas creates a fresh soundscape that leads the listener on a voyage of warm tones and sun-kissed melodies.

After forming in 2016, Twin Seas have made a name for themselves in the LA indie rock scene, playing to excited and loyal audiences all over the SoCal area. The crowd can't help but dance when the band breaks into favorites such as "Surf Wave", "Machine Gun", and "Alpha Pup." In a short time, the band has perfected the art of live performance.

Twin Seas completed their self-titled record earlier this year at their home studio at La Mina, in the neighborhood of City Terrace. For this debut, they recruited the help of vocalist Chrisol and the rhythm section from Chicano Batman who are both featured on the record. The band's distinct sound, dubbed "New Wave-Dream Pop", is sure to provide the quintessential soundtrack for a summer day. Website here, Facebook here.

There is a feisty start to 'Alpha Pup' where the music quickly builds into a vibrant sound. It's just right for the vocals & some brief atmospheric background harmonies. The band really do have something of a unique sound with this song, lets hope they carry on with the style on the album. 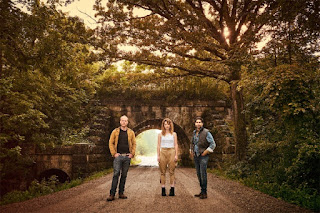 "Some people might hear the song as something bleak or overly dark, but I don't really see it that way," says Edenloff about "Brother". "In my mind, it's always been more about finding comfort in change, trying to embrace the idea of an unknown outcome and how those can often bring about the most positive result that you never knew was there."

The RAA have already released two songs from The Wild -- "White Lights" and "Beacon Hill," which was inspired by the wildfires that ravaged Edenloff's hometown of Fort McMurray, AB last year. Tour details are available over on Beehive Candy's tour news page, Facebook here.

The Rural Alberta Advantage have always impressed me with their fabulous music. 'Brother' is a reminder of just how powerful & emotionally charged they can be, this is one stomping and addictive song, the album can't come quick enough! 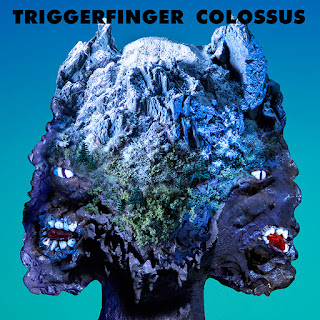 Background - New Triggerfinger album and video 'Colossus' - Colossus which includes the strutting single 'Flesh Tight' and the relentless fast-forward bassline driven 'Colossus'- offers killer guitar riffs, breezy melodies & festive glam rock, all in a mind-bending production by Mitchell Froom and Tchad Blake, turning this album in a wild ride on a merry-go-round in Disneyland after dark. Matt Newman from Mount Emult made a crazy video to go with this track.

The Antwerp, Belgium based trio (Ruben Block, vocals & guitar; Paul Van Bruystegem, bass; Mario Goossens, drums) have built a solid reputation across Europe, the US and Canada as one of the hardest-driving and sharpest dressing bands around. With their self- titled debut album (2004), What Grabs Ya (2008), All This Dancing Around (2010) and By Absence of the Sun (2014) they’ve become a mainstay on the rock scene (the last two going platinum and gold, respectively). Their impromptu cover of the Lykke Li song I Follow Rivers became a major hit across Europe in 2012, and they were invited to open for The Rolling Stones in 2013 and 2014.

After four studio albums and the massive touring that came with it, it was time for a change. While writing Colossus Triggerfinger wanted to add a few new flavors to the mix. The band set off on a 40 date tour across 15 European countries with a first gig on Oct. 4 at Brighton's 'Hope & Ruin', and stops in Paris, London, Berlin, Warzaw, Budapest, Vienna, Bratislava, Prague, Copenhagen,Oslo, Amsterdam, Brussels and Luxembourg. Website here, Facebook here.

'Colossus' blasts into action, the band are thumping out some potent riffs, whilst the vocals are almost manic in nature. Whilst I would urge you to spare a thought for your neighbours, in Spinal Tap terms, this really should be turned up to eleven when played. 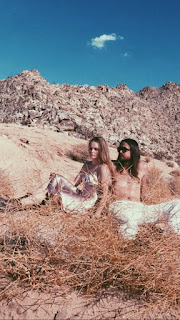 Bermuda Angels - On the Run.

Background - Bermuda Angels have shared their new video "On The Run." The track is from their forthcoming debut self-titled album, which is out September 29th. "The video and song is about being in love with Bermuda Jones," the band's Sophie Kadow explains, "in love for the first time when you didn’t think real love existed.  It’s about being intimidated for the first time and losing yourself in the vulnerability."

Bermuda Angels are Bermuda Jones and Sophie Kadow. They fell in love and wrote an album together while living in the secret room of a music venue. Sophie spends most of her time in CA making songs and videos with Bermuda. The rest of her time is spent painting in NY, where she’s from. Bermuda Jones owns The East Room, a music venue in East Nashville. He primarily lives on his desert ranch in 29 Palms, CA where he works on music with Sophie and his other writing projects.

“The album was partly inspired by our surroundings and landscapes.," explains Bermuda "We explored the extremes of the weather spectrum in the US and spent a winter in Maine on Mount Desert Island surrounded by snow and windstorms and freezing cold, working on our sound.  A few months later, we spent our summer in an adobe in the desert in Joshua Tree, CA in incredible heat, working on our sound some more.  You could literally fry an egg on a rock outside.

We were also inspired by the excitement and turmoil of forming our relationship and planning our future together.  This seeped into the songs and overflowed throughout the album.  Developing our trust was important throughout the process and it comes in many forms.  Do I trust the other to follow through, to be honest to themselves and to me, to be faithful, to try his or her hardest, to create good music, to be understanding, to improve, to give support, and most importantly, to keep coming back. “ All songs on the album were written and recorded by Bermuda Jones and Sophie Kadow. The album was produced, engineered, and mixed by Bermuda Jones.​ Website here.

Rhythmic synths and sensual vocals give 'On The Run' an individual sound and an air of mystery. The video only adds to the feeling, on what is a very addictive track. 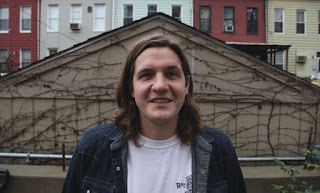 Nathan Xander - Over You, Over Me.

Background - Trailer Fire Records is pleased to let you know that the album Blue House, by Nathan Xander, is out now. New York City-based songwriter, Nathan Xander is a troubadour in the Texas sense, when he’s in Texas. Or in the California sense when he’s there. Or the Chicago sense, oh, OK. You get it. The man writes like he travels: well and often.

He’s as familiar with Brooklyn as his hometown of Union City, PA, Gillian Welch as with X. Nathan’s new collection of songs, recorded in a big blue barn in Upstate New York, is his best work to date, and we at Trailer Fire Records are thrilled to share it with you.

Blue House represents the work of a writer in the prime of his craft. Nathan’s years of touring, with their joyful wildness and melancholy, come through in these songs. “Over You, Over Me” evokes that duality, while songs like “Shadows” growl and pulse with the frivolous energy of an artist who likes to break things.

“Pennsylvania” is as anthemic a song as ought to be written, a wholehearted Mellencamp-esque thumper about home, while “I Remember You Now” is a psychedelic memory in homage to friends Xander has met along his traveler’s way. Each song here is evidence of experience, which Nathan has in spades. Website here, Facebook here.

'Over You, Over Me' is the third of twelve tracks on the new 'Blue House' album. It's quite representative of what to expect from this well crafted and professionally arranged collection of songs. Nathan's vocals lend themselves to this natural style of Americana folk, where hints of country rock are often there. 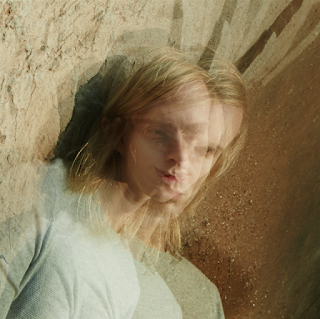 A unique talent, Úlfur (Luxembourg-born, Iceland-raised, NYC-residing Úlfur Hansson) is known as much for his genre-defying experiments with homemade instruments and electronics as he is for his work with prominent Icelandic trailblazers Jónsi (of Sigur Rós) and Ólöf Arnalds, and Sweden’s Anna Von Hauswolff. As a composer – a graduate of Mills College, California – Úlfur in 2013 received the prestigious Young Composer of the Year award from the International Rostrum of Composers, and has had works commissioned by The Icelandic Symphonic Orchestra, the Kronos Quartet and l’Orchestre de Radio France.

Arborescence, his brave and immersive newest LP, navigates a trail between these many worlds. Its pieces are long form and dreamily (un-)structured, made up of soundscapes, electro-acoustic processing, vocals, synthesizers, electronic production, all framed by intricate, cinematic string arrangements (performed by label-mate and múm co-founder Gyda Valtysdottir) and cataclysmic explosions of noise (provided in part by the transcendent and superlative drumming of black metal hero Greg Fox). The record alternately traverses moments of stillness and vulnerability and moments of violence, covering all the ground between as it travels.

“The title is derived from that type of movement,” Úlfur writes. “Arborescence – the phenomenon of branching out, following the path of least resistance, growing from a seed, or a bolt of lightning as it rips through the sky, connecting different outcomes, possibilities to a single point of origin.”

'Fovea' comes with a #experimental over on Soundcloud, something that leaves me hopeful, but all to often disappointed. Not so with this song, the musical arrangement is delightfully unique, whilst being quite assessable, the vocals are dreamy and immerse themselves in the soundtrack. Original & enjoyable, the new album is firmly on my radar.