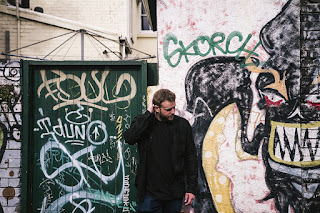 Lachlan Vines - This Could Mean The End.

Lachlan was born and raised in Inner-West Sydney where, as a die-hard Muse fan in high school, he started teaching himself to play piano like Matt Bellamy. Though piano was and still is his first love, as he went deeper into music and song writing he found a need to branch out to more varied means of musical expression, namely the electric guitar, which he learnt by listening to the likes of John Mayer and Stevie Ray Vaughan who taught him above all else the endless melodic and expressive potential of the guitar solo – a lesson Lachlan sure puts into practice with devotion, as can be heard in his new single, ‘This Could Mean The End.’ ‘This Could Mean The End’ was written, produced and recorded by Lachlan Vines at his residence in Glebe, Sydney, and partly in some hotel in rural NSW.

“I started writing the song when I had just finished my uni degree and I was taking a celebratory solo road trip down to Melbourne. During that time I was in the middle of something back home, where I knew I was making some big mistakes, and I needed to get myself out of the situation. But I didn’t. Meanwhile, I had also just bought a new software synth on my computer, and I’d fumbled together this patch and just came up with this four-chord jam on it. The song came together quite naturally from the combination of the situation I was in, the music gear I was playing with, and the music I was listening to on that road trip,” says Lachlan.

‘This Could Mean The End’ is like a joyride through some urban neighbourhood on a bright, clear day (with a brief stop off at church in the middle). It’s down-tempo but has a driving groove that keeps it moving throughout. It’s a care-free, laid back dance track. “It’s a really simple song but ironically so, because it’s about something really complicated – the self deceit of naïve oversimplification, of making a big mistake but convincing yourself it’s gonna turn out fine,” says Lachlan on the concept behind the track. Facebook here.

Some vibrant synths open up 'This Could Mean The End' accompanied by simple drum beats & some delicious guitar work along the way. Lachlan's smooth vocals add some additional feeling to the song, one that will get a good few further plays! 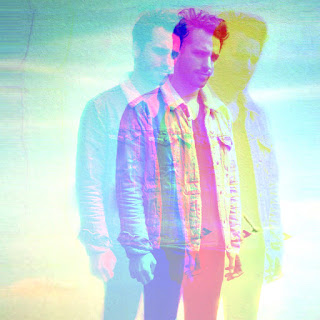 Background - Glassmaps is the solo project of Joel Stein, lead guitarist in the much-loved Howling Bells. After four successful albums with the band, the UK-based Australian stepped back from the global tours and high-end studios to embark on an exciting solo endeavour. ‘Strangely Addicted’, his debut album, beautifully utilises electronic and organic instruments, delivering melodic, punchy, infectious tunes coupled with psychedelic soundscapes. Autobiographical lyrics speak of universal themes of life, love and loss.

‘Strangely Addicted’ was recorded and produced by Joel in Las Vegas, at the home studio of The Killers’ bassist Mark Stoermer, where Joel was staying while recording with Howling Bells. There, he discovered a soundproofed room filled with random instruments: tubular bells, a double bass, a three-stringed banjo, vintage guitars and an old Telefunken microphone, on which he recorded vocals for the entire album.

Stoermer himself guested on some of the tracks, including playing bass on ‘Summer Rain’, the excellent single released in May, while Howling Bells drummer Glenn Moule also featured. “I took my laptop into that soundproofed room and didn't really sleep for two weeks,” Joel recalls. “I would wake Glenn in the early hours of the morning to drum on tracks I had just finished. He’d sleepwalk his way to the kit and just nail it every time!”

The finished record, released on Lost In The Manor Records on 10 November, captures the sound of an artist spreading his creative wings. A flourishing that has been further enhanced by the assemblage of a red-hot band transforming Glassmaps into a slick live proposition, whose notable summer ’17 shows have included main-stage support to The Killers at Hyde Park and The Great Escape festival in Brighton. Website here, Facebook here.

We have two tracks to feature, 'Hyponotised' and 'I'm Sorry'. Both are good indicators of what's to follow on the impressive 'Strangely Addicted' album, where another eight songs await (and in my opinion deserve) some time & attention. There is a distinct musical style that permeates throughout the album, Joel Stein's vocals are pleasing and melodic, the music is creative and suggests that this collection of material has been something of a labour of love. 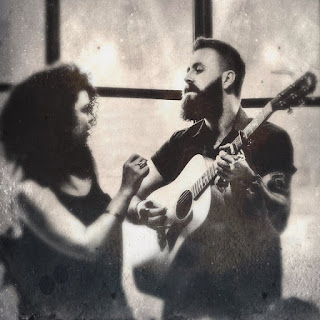 Background - Days Are Done are singer-songwriter Emmy Kay (from Blackpool) and BAFTA winning TV & film composer Adam Lewis (from South Wales), who are both based in Kingston-upon-Thames.

Days are Done are what could be described as a happy accident. Having both played in a series of different bands, both together and individually, they knew that they had a strong chemistry and when they finally sat down together to write as just the two of them, the flow was just natural. Realising that they had something special when they stripped their sound back to just the two of them and a guitar, they decided that this was their musical destiny. Days Are Done was born. The rest if history still in the making.

Over the last 18 months, the duo have composed a striking body of songs, mostly written in their front rooms in Kingston. Boasting an ‘old vs. new’ vibe, it is fair to say that their shared influences are married with their own distinctive sound to craft something rather timelessly magical. One of those key influences is  Nick Drake, whose song Day is Done inspired the duo’s name. Having formed the duo at what they thought was the end of a musical journey, the name fitted perfectly.

A bit of musical secret, they didn’t share the band with friends ahead of launching at a series of open mics where they road-tested material. Within a few months, they had recorded a live EP at a tiny coffee shop Hands Coffee (sadly no more) in their hometown. Armed with a laptop and microphones, they invited friends and family and recorded the whole show to release as two introductory EPs. Website here, Facebook here.

The vocal duet on 'Never Let You Go' is delivered with energy, passion and melodic clarity. A modern folk vibe is emphasised by the natural musical arrangement, that while quite energised as well, allows the vocals to rightly stand out. 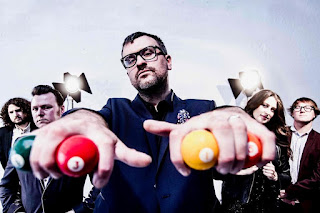 Background - Reverend & The Makers release a new single, ‘Auld Reekie Blues,’ taken from their new album, ‘The Death Of A King’, which is released through Cooking Vinyl on Friday 22nd September. ‘Auld Reekie Blues’ sees the Makers Ed Cosens take on lead vocal duties and is available now, along with previous singles ‘Too Tough To Die’ and ‘Juliet Knows,’ upon pre-ordering ‘The Death Of A King’ here.

‘The Death Of A King’ which was recorded at Karma Sound Studios Thailand, is the followup to the Top 20 album ‘Mirrors’, and will be available on CD, Deluxe edition CD, 12” Vinyl, limited edition 12” vinyl, cassette and digital download. McClure says of recording ‘The Death Of A King’ “As soon as we got there, the king of Thailand died. And there was a mad monsoon. Most of the town went into mourning and shut down, and all the people who worked at the studio were wearing black. There was this whole ceremony for the king, which was quite moving but it put a weird atmosphere in the air.”

The wave of love and optimism from a new generation towards Jeremy Corbyn’s Labour Party – whose progressive views McClure has tirelessly championed –  has found the singer fielding queries from the Al-Jazeera news-desk and appearing on Channel 4 News. Corbyn appeared on stage with Reverend and the Makers during the Labour election campaign at Wirral Live on May 20th. ‘We were playing at Tranmere with the Coral and the Libertines and I introduced him on stage and we got 20,000 people singing his name to ‘Seven Nation Army:’ “Oh, Je-re-my Cor-byn. Everywhere he went afterwards they started singing it.” Says McClure.

With five Top 20 albums already under their belts, Sheffield rock’n’roll radicals Reverend and the Makers have carved out a niche for themselves as one of the most enduring and incendiary acts on the British musical landscape. Website here.

There is something of a sixties feel to 'Auld Reekie Blues' or is that because of the flowers and dress code on the accompanying video. Melodic and very addictive, we might be fifty years on from the summer of love, however I cant help but feel, that this song references that time, even if only by coincidence. 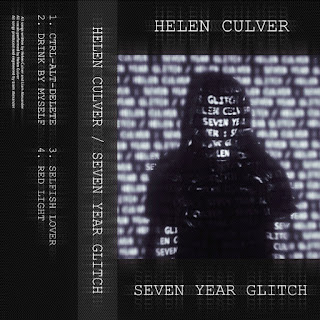 Background from Helen - I’m Helen Culver, a singer-songwriter who creates words and noise with Liam Alexander, a producer. Together we’ve embarked on yet another sonic (not acid) filled adventure and conjured up four alternative pop songs.

Lyrically, the theme of the EP consists of a woman who has decided to put herself first whilst refusing to humour anyone who stands in her way.

From the industrial New Jack Swing of ‘Ctrl-Alt-Delete’, to the minimal 8-bit funk of ‘Red Light’, this EP is something you’ll want to write home to your mother about, telling her you’ve found ‘The One’. (Or ‘The One this week’ anyway, we don’t know how much of a clinger you are - your mum might just roll her eyes…) Bandcamp (releases September 8, 2017) here, Facebook here.

'Ctrl-Alt-Delete' is the first track on the new 'Seven Year Glitch' EP. The other three tracks are (to quote Helen Culver) also "alternative pop songs." I would just add, creative, hook laden & imaginative to her description.