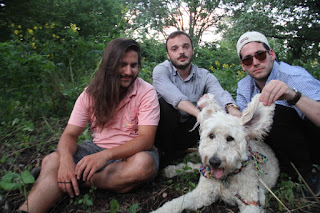 Background -  “Sign N’ Drive” is the frenetic and addictive second single that The Fluids have shared from their forthcoming debut album No Kidding! (out October 27th via Axis Mundi Records. Self-proclaimed as America’s Newest Band™, The Fluids were introduced to the world earlier this month with their undeniable, critically-acclaimed debut single “Creatures”, which the New York Times said "...vibrates with the giddy energy of the city’s early-2000s rock scene — the sound is tight, the vibe is loose, the singer’s accent is adopted.”

With their debut full-length, No Kidding! flying high as their banner, The Fluids are storming the front lines of cultural trendsetting with ripping guitar solos and saddlebags filled with tequila sodas, calamari, and what they claim to be the best pot in the city (based on how great this album is, I’m inclined to believe them?!).

The band has drawn apt comparisons to everyone from the Talking Heads and Berlin-era Bowie, to The Modern Lovers and Echo & The Bunnymen. No Kidding! was produced by Matthew "Pickles" Iwanusa of Caveman, and sounds like it could've come out in the late 70's and become an instant no-wave/post-punk classic, but here we are in 2017 with one of the best albums of the year that we can call our own. Facebook here.

Loud upbeat guitar driven rock music is juxtaposed by some beautifully frenetic vocals on 'Sign N' Drive', a powerful slice of alt rock, with the emphasis very much on ALT. 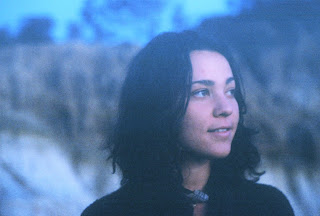 Coyote Run - Love From Far Away.

Background - Kasie Shahbaz (Coyote Run) is a multi-instrumentalist from Southern California who by middle school, obsessed with heavy prog rock, and by adult life spent all her nights roaming the hills listening to folk singers under full moonlight.

Her music is some culmination of those experiences. Inspired mainly by religious experience in nature and in relationships, her music wanes between punk angst and psychedelic ecstasy. She currently resides in Los Angeles, Berlin, and New York where she hides from the city and records herself.

This record was recorded at Shabaz's home in Los Angeles, on porch steps at her parents house in Oceanside, and mostly at a home studio on Catalina Island. It is a sonic elegy of heartbreak, desperation, relief, surrender, and transcendent, sometimes personal, love. In folk jaunts, it lightens and celebrates the simple weight of longing. In driving breakdowns, it tries to break through entrapment. And in psychedelic plateaus, it may find periods of rest. Look out for Coyote Run's upcoming album, "Infinite Disappearance of Fear" dropping this fall. Bandcamp here, Facebook here.

'Love From Far Away' mixes dreamy & melodic vocals plus imaginative harmonies, alongside a laid back soundtrack that leans towards psychedelic rock music. Collectively the layers of sound are gorgeous. 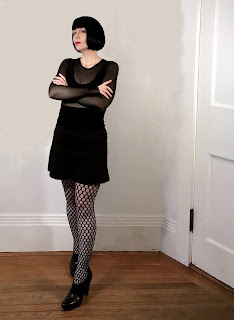 Based in Rhode Island, Vix is an American solo electronic-rock recording artist, songwriter, producer and recording engineer, who has, over the years, ventured into other genres including alternative rock, trip hop, darkwave, modern new wave and electro-industrial.

This five-track release sees Vix at her best. With weighty lyrics surrounding personally challenging experiences, her vocal delivery on ‘Complicated Man’ has earned her comparisons to Shirley Manson of Garbage.

“Complicated Man is about covert and or destructive relationships. This EP is inspired by feelings I had when I became ill, and I almost died due to a misdiagnosis, then surgery, and how I made it through it. It also deals with thoughts and feelings I had about people who were in my life at the time of this experience,” explains Jenn Vix.

“I wanted to explore different sounds, and it felt good to do so. After my illness, it took me a year and a half to be able to even listen to music again. Change is scary, but it can also be refreshing. I recently had to burn a few bridges, but they say that the brightest light can come from the bridges you burn. I agree.”

This album involves John Ashton, original guitarist of The Psychedelic Furs, who appears on the track ‘Unlocked’. He previously collaborated with Jenn Vix on two tracks (‘The Woman with No Fear’ and ‘Weirdo’) on her five-track EP ‘Strange Buildings’. Bandcamp here, Facebook here.

The second of five tracks on the 'Unlocked' EP is the new single 'Complicated Man'. There is a remix of the featured single and the title track really is something that fans of The Psychedelic Furs ought to check out. That said this is very much Jenn Vix's show & it's an imaginative, creative collection of material. 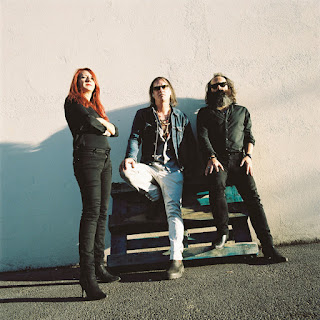 Background - French psych duo The Limiñanas have released their new single ‘Istanbul Is Sleepy’ through Because Music. Featuring Anton Newcombe (The Brian Jonestown Massacre) and produced at his Berlin studio, the single is taken from their ‘Istanbul Is Sleepy’ EP out 17th November.

Reflecting on the single and their collaboration with Newcombe, Lionel explained, “’Istanbul Is Sleepy’ is like the classic dream where you become the hero, the Captain Blood or Midnight Sultan(??). The one who rescues and seduces Maureen O’Hara or Ava Gardner. Anton is singing and playing guitar on the track. He was inspired, in particular, by The Cult during their ‘Rain’ period. Last year, Mojo magazine asked us to record a cover for a special Kinks tribute.

We chose ‘Two Sisters’. Marie and I were thinking for the vocal part it would be great to approach Anton Newcombe, having opened for The Brian Jonestown Massacre at Le Trianon in Paris. The work began like that. We had an album to record and we decided to finish it with him. During the Christmas week we took our demos, flew to Berlin and recorded at Anton’s studio. Six days later we had a finished album”.

One of France’s most beloved treasures, The Limiñanas are Marie (drums/vocals) and Lionel (guitar, bass, keyboards and vocals). Hailing from Perpignan, the duo straddles the boundary between psych, shoegaze, and yé-yé. With hazy, reverb-laden hooks, combined at times with noisy distortion, and fronted by effortlessly cool vocals, reminiscent of Serge Gainsbourg and Brigitte Bardot, the band is at once timeless and quintessentially French. Website here, Facebook here.

Psych music through & through, the music video just adds to the feeling and mood that 'Istanbul is Sleepy' creates. Dark and hypnotic waves of sound are taken even deeper with the vocals, it's a song that could well appeal to Goth music fans of times gone by.