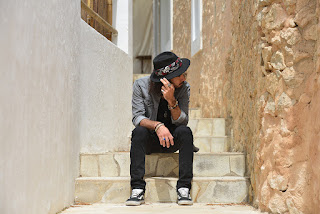 Jon Tessier - A Minute or Two.

Background - Jon Tessier is a Brazilian-French singer-songwriter who was born in São José Do Rio Preto (Brazil). Equally passionate about music production and songwriting, he began his musical elopement at the age of 14.

Jon spent childhood and most of his teenage years in Kuala Lumpur (Malaysia), a time during which he played in several independent rock bands. However over the last 3 years, he’s been working on his music from Ibiza (Spain).

His musical heroes include: Mötley Crüe, Depeche Mode, The Doors, Tom Petty & The Heartbreakers as well as the Brazilian “Bossa Nova” artist João Gilberto, amongst many others.

Jon Tessier is a solo artist, who’s musical style can be described as guitar driven pop music with an alternative-rock edge. A new artist with a fresh sound, his music is available on all music streaming platforms including: Spotify, Apple Music and iTunes. Website here, Facebook here.

There's some fine production on 'A Minute or Two' which gives clarity to each musical element. The soundtrack is rhythmic with a subtle melody, the vocals are beautifully matched to the arrangement, on what is a catchy alt rock leaning pop song. 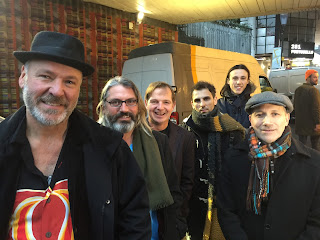 Since the beginning of 2017 Tenderhooks have been in the studio recording songs for their latest release called North Star. Yolena the first single from the album has already received excellent reviews. They expect 2018 will be a very busy year.

Ben Yung of The Revue writes, "If you’re looking for a laugh, you’ve come to the right place and the perfect song. Channeling Blur in their heyday with a touch of the Talking Heads, Brighton veteran rockers Tenderhooks share the whimsical and outrageously fun “Yolena”. The album will be available for purchase/stream on iTunes, Spotify etc from October 6th. Facebook here.

'Yolena' is a blast of fun delivered in style. The band are extremely capable & provide a refined musical arrangement for the fabulous vocals. Catchy, funny and beautifully crafted, I am really looking forward to hearing more. 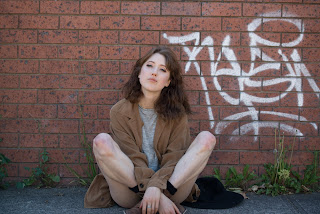 Background - ‘Skins’, the fresh new single from Melbourne based artist, SELKI, is about letting go of old layers and having the courage to change, move forward and celebrate your authentic individuality. "I was in Paris, waiting for the ambulance to arrive."

In the first few moments after being hit by a bus, SELKI decided to make a commitment to live authentically and cultivate her passions. A few weeks after being released from hospital, she began to work with Paris based producer, Loici Devat. Unable to play any instruments due to broken bones, the musical direction went to electronic.

"Each of these songs is a mirror for the three months that followed and changed forever my creative direction. Once you have been surrounded by monitors and the possibilities of production, it's hard to go back." It has just taken over a year to find her home back in Melbourne and come full circle.

"I have changed so much and tried and taken off so many skins. It feels good to let these songs make their way into the bigger world. They have been my little orbs of light during an explosive sixteen months."

Since 2014 and the beginning of the project, SELKI was voted in the top 4 of the first Melbourne Music Bank Competition, has had her songs played on radio on multiple stations in Australia and Europe, with gigs over the last few years throughout Melbourne, along the east coast of Australia and in Paris, London and Rome. Facebook here.

Distinct and gorgeous vocals and a clever indie pop soundtrack ensures 'Skins' is full of hooks & more. If Top Forty radio was full of songs this good, even an oldie like me, might be enticed back. 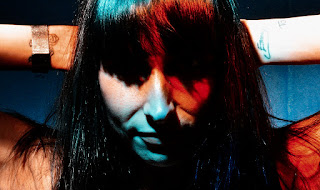 Background - ‘Edge of Cool’ is on Anna’s ‘One Big Fire’ EP, released by espirit de corps on 13 October.  ‘Edge of Cool’ A roaming rocker’s composite of CBGB-era new wave, West Coast anthemics and slick garage riffery, ‘Edge of Cool’ is comfortably the sum of its rousing parts. As Anna and her band dexterously play with the song’s rich ingredients, a segue into darker tones reflects the sense of unease and confusion inherent in its subject matter. “This is an elegy to a relationship that was over before it began,” says Anna. “Afterwards, the guy’s car followed me all around town for a long time, I would see it everywhere and I could not shake it. It’s about being haunted by an illusion.”

London born and bred, Anna Tosh has been lending her considerable six-string skills to a varied roster of bands since she was a teenager, among them Wildhood, Love Nor Money, Hey Gravity and Shotgun Venus. But with her own collection of striking self-penned songs demanding attention, and the assistance of a red-hot rhythm section in waiting – Herman Stephens (bass) and Jeremy JayJay (drums) – Anna decided it was high time to make her mark as a solo artist.

“My intention for my solo project was simply to write some songs for myself, with no boundaries or expectations,” she says. “I was deliberately trying not to think of what anyone else might expect me to do, and chucked the idea of seeming cool out of the window.”

As a musician who has turned her hand to a whole host of styles when performing with others, it was inevitable that disparate influences would shape her songwriting. “My roots are in punk, rock and blues,” says Anna, “but I have been playing and listening to hip hop, drum and bass, funk, psychedelia, dream pop, experimental electronica…” Facebook here.

We featured Anna Tosh back in July with the song 'Weightless' stating that it "has a rhythmic and bluesy feel that is both catchy and a little hypnotic". The newly shared track ‘Edge of Cool’ is another cool rocker with a seventies new wave feel (early Blondie comes to mind), whatever it's catchy and Anna Tosh's vocal delivery is top dollar.