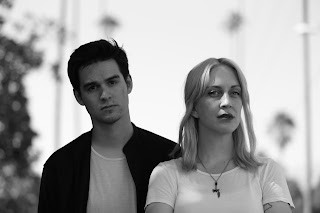 I Hate You Just Kidding - Smokestacks.

Background - Jeremy and Jessi Brock are the husband & wife songwriting duo known as I Hate You Just Kidding. They started making music together shortly after meeting and formally formed the project in 2009.

Their music has been featured in film/television and commercials, and they have gone on several national tours, leaving two EPs and one full-length album in their wake.

Upon releasing their debut "Days Grow Longer" in 2011, I Hate You Just Kidding began writing a follow up. However, the touring life sometimes takes a few detours. After a 5 year hiatus, the sophomore album “Constellations” will be released on Groundhog Day, February 2nd, 2018. WEBSITE, FACEBOOK.

'Smokestacks' is a tuneful catchy indie song. It's starts out as uncomplicated pop that occasionally builds into a more of a rock track, either way it addictive & gorgeous. 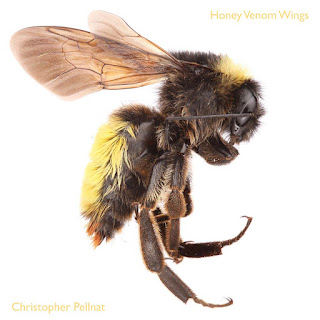 Background - Christopher Pellnat is a singer-songwriter from Hudson, NY, USA. Chris also collaborates with other musicians - for example, Mercy Weiss. He also play electric guitar in the Poughkeepsie, NY-based band, The Warp/The Weft.

His brand new album is called “Honey Venom Wings”, and is available now through Bandcamp. Talking about the new collection of material Christopher states "this album is not your typical singer-songwriter fare - it veers off into many directions that I hope you will find interesting".

You can find and hear some of Christopher Pellnat's collaborations with Mercy Weiss on her Bandcamp page (here). The Warp/The Weft's website is (here). More from Chris Pellnat on FACEBOOK, BANDCAMP.

We have featured Christopher Pellnat with Mercy Weiss and also The Warp/The Weft in fact this is our fourth feature for Chris including those combinations. I have chose to feature the title track from 'Honey Venom Wings' simply because it sits somewhere in the middle of the differing directions the album takes. Some tracks are more personal or intimate sounding and overall it is definitely up there with his other collaborations. 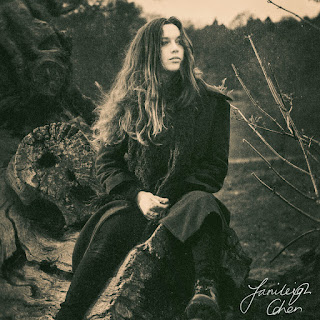 Same Old Road is captivatingly unique, yet almost sounds like a song you’ve heard before, with a warming vocal that pulls you in tightly like an old friend that you don’t want to leave. Backed simply by piano and violin, Janiliegh’s raw and intimate voice does all of the talking in this delicate and emotive track. Janileigh says;

"During the time I composed this song, I was not putting my music online or playing live so it was a song for myself to let out how I was feeling. I had a musical dream and this song helped cement the fact I wanted a career in music. I’d never really composed a song on piano until Same Old Road and it felt like it really came from the heart.”

Same Old Road follows recent single release Sister, previously self-released EP As a Child and cover of Blues Run The Game, which featured on the US TV drama This Is Us and has over 150,00 plays on Spotify.

Vocally and lyrically miles ahead of her young years, Janileigh writes on both piano and guitar, with a sound influenced by the likes of Joni Mitchell and Leonard Cohen. Her lyrics tell a personal story; exposing the joy, disillusionment, confusion and romance of life. Janileigh has honed her craft busking in her Northern hometown and around Europe, along with performing at open-mic nights, and is a must-see live. FACEBOOK.

We featured the song 'Sister' a few weeks back and the new single 'Same Old Road' is another absolutely beautiful release, last time I stated " I try to avoid writing this to often however Janileigh Cohen is definitely one to watch out for in the months to come." I am even more convinced that is the case now! 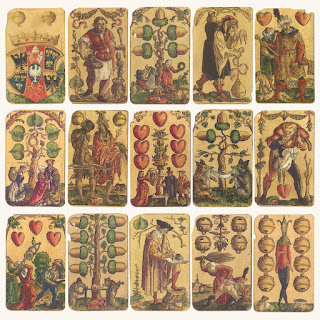 Background - Ohio-born, Los Angeles-based Line & Circle will follow up their acclaimed singles and debut LP with their new EP Vicious Folly, due December 1st via Grand Gallop. This week they share the title track. At a moment when societal divisions seem increasingly tense and tribalistic, Vicious Folly explores a belief the Romans held centuries ago: homo homini lupus — man is a wolf to man. Whether the conflicts here are romantic ("Man Uncouth"), ideological ("Vicious Folly"), or familial ("Who Runs Wild"), the songs contemplate the disquieting idea that man himself is his own greatest threat.

The bulk of the record was tracked live to tape in one day at Los Angeles' Vox Studios with Michael Harris (Angel Olsen's My Woman), with additional sessions in various warehouses, bedrooms, and backhouse studios around the band's Echo Park neighborhood. The project was mixed with frequent collaborator Jonathan Low (The National, The War On Drugs) at Aaron Dessner of The National's Long Pond studio in Hudson Valley, New York.

Vicious Folly's cover features Peter Flötner's 16th century hand-painted playing cards from post-Reformation Germany. Flötner used his cards to depict and denounce the perceived greed, gluttony, and folly of his time. That the imagery strikes a chord today — as it surely did then — is either deeply comforting, or incredibly disconcerting, depending on your information filter. FACEBOOK, BANDCAMP.

Less than a month since we shared 'Man Uncouth' along comes 'Vicious Folly' from Line & Circle. The vocals slowly emerge from within the mix, as the band play some dynamic guitar lead rhythmic music that carries the power. 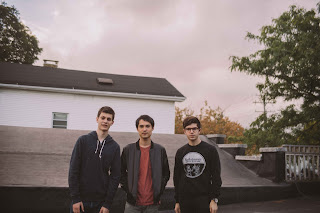 Not only are they bandmates, they are also all students together at Yale University. Speaking on "Trampolines," the band states, "At its core, Trampolines is a nostalgic piece that yearns for something that never really existed. It's like driving through a suburban town and feeling a longing for a time and place that you never experienced. You know you can't have it, you never did -- it's just this feeling of reaching out."

The EP was born out of several road trips between New Haven and Philadelphia. In a lot of ways, the EP is about Vern Matz coming of age - as individuals and as a band. Faced with finding a place in the world, the EP is about fleeing from those decisions and trying to ground themselves. Vern Matz says of the record, "Much of the EP is an expression of a feeling of displacement and an attempt to restore a sense of wholeness.

There's a lot of confusion and nervousness in the fact that you don't know what needs to be restored. We looked backwards a lot to resolve that uneasiness and got very swept up in nostalgia." The Vern Matz EP was recorded at Miner Street Recordings, produced and mixed by Matt Poirier, and mastered by Greg Calbi and Ryan Schwabe. FACEBOOK.

The distinct and engaging vocals are notable from the beginning on 'Trampolines'. The musical arrangement is refined and quite beautiful. This one is set to get quite a few personal plays, if the album is half this good, it will still be a must have.