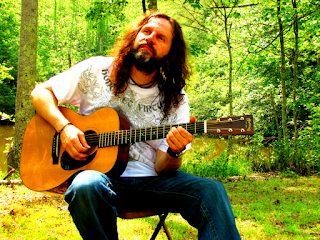 Andrew Reed - If All the World Were Right.

Background - Auspiciously due on 1.1.2018, with "If All the World Were Right" there is a shot of positivity in the world. There is nothing really being sold here except an atmosphere to "believe in yourself" and "embrace your own greatness" with heavy doses of humility thrown in thanks to our struggles through dense matter. This concept album is of a journey...a journey of a Prodigal, who has to return home after being defeated by life and the world... Humility fills the album.

The new album, Andrew says, is "about my journey, but I don't think it is unique to me at all. Most of us go through really tough patches during our lives. So much of it has to do with our thinking and the emotions that result from our thinking. We are constantly thinking about how to interpret or reconcile our lives... but we have a choice in how we experience the world! And all it takes to improve things is to change your thinking or perception of things. Once I got ahold of that idea many years ago, Bam! My life changed! We tend to become what we think about...and it is about that simple. So I started to think positively, about all the options there are...and how I could see others in a more loving way...without judgment or without the need to call them "right or wrong"...but just accept everyone as they are...and trust in Life."

Andrew Reed's music is for seekers. He is a reclusive artist and creative figure whose reflective ideas expressed in music, film and spoken/written word platforms. He cannot be bought or sold. Never afraid of challenging popular opinion, detesting celebrity culture and non-value-adding commercialism that preys on the masses, he always seeks to “make better.” He is an outspoken voice for art and ideas.

Andrew is a recording artist and Executive Producer/CEO of Artists International Media and Financial Companies (AI) and Multi-View Incorporated (MVI). He is a creative known for different things to different people. As a songwriter, his works have been recorded by artists in the United States and abroad. He is a principal of these artistic/entertainment and healthcare-related entities by virtue of a twist of fate in the music business.

The most fitting genre description for Andrew’s music is “Introspective Rock/Acoustic” where the rich inner world of experience is explored. As cited in the liner notes of Search for Significance. WEBSITE, FACEBOOK.

The title track from the album 'If All the World Were Right' is one of thirteen songs, well make that twelve the final piece is a beautiful poem accompanied by some refined music. The featured song provides a fine impression of this gorgeous collection of material, that conveys a positive vibe throughout, even with the occasionally more sensitive song. What a grand release to greet the new year with! 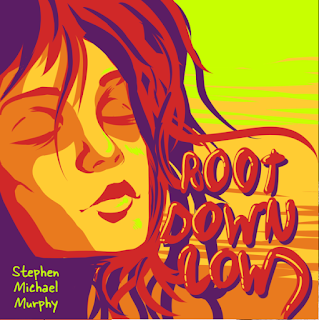 Background - "Root Down Low", the title track from the RDL CD featuring Curtis Clark on lead vocals.  The actual recording of the 15 Root Down Low original tunes was accomplished on a worldwide level in a unique manner.

Hundreds of tracks were played and recorded by gifted musicians from across the globe. Truly, a project without borders. The music did the communicating.

"We were heading for the hills of Ecuador when I got that familiar call from mission control to create something new". Many moons later the 15 song album entitled “Root Down Low” came to be.

I received enthusiastic aid on this project from a number of fine young musicians starting with Curtis Clark who laid down an inspired lead vocal here on the title cut. Ezzy Mourao from Lisbon, Portugal did the way cool art work on CD cover and this lyric video. WEBSITE.

'Root Down Low' is a fabulous mixture of soulful vocals and a rich musical landscape with hints of reggae, blues and more all arranged with refinement. A fantastic teaser for the new album...