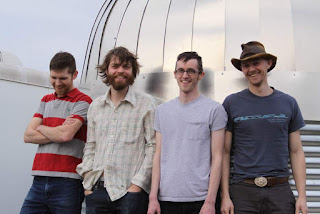 Background - The music of Berry is a strange animal. But writing and recording over 100 songs in their 15 years together has resulted in some dense, delicate, graceful pop songs with a certain Searching for Bobby Fischer mentality.

Berry formed in 2002 on Martha’s Vineyard when guitarist/vocalist Joey Lemon and drummer Paul Goodenough connected at an intensive four-month music program. When they returned to the Midwest, the two recruited college friend and keyboardist Matt Aufrecht. Their first LP, Marriage (Right Place Records), was released the following year and was met with critical acclaim, allowing the band to tour extensively throughout the country.

After several tours and bass players, Berry moved to Chicago in search of a city that would fit their quirky and idiosyncratic music. There, they began a recording frenzy, releasing a series of six EPs between 2007 and 2008. To promote these releases, the band embarked on a novel idea for a tour. Foregoing the usual cargo van or bus, Berry purchased a 30-day Amtrak pass and booked shows from Chicago to Seattle, relying entirely on the whims of public transport. Carrying a tiny tube amp in a rolling suitcase, a children’s drum set in a single kick drum case, and a full-sized keyboard on rollers, the band took an even more literal approach to their already minimalist styling.

Exhausted by their Odyssey, Berry’s productivity hit a lull until close friend and bass player Shane Bordeau joined the band, revitalizing the group with a jolt of positive energy. Their next LP, Blue Sky, Raging Sun, was recorded and released in 2010 on Joyful Noise Recordings. This record took its inspiration from the Amtrak tour, juxtaposing scenes of epic natural beauty with the ennui of endless train rides where micro societies are formed by a handful of strangers riding coach.

Despite a devoted following, Blue Sky, Raging Sun saw limited commercial success, and the members of Berry spread out across the country, each pursuing separate professional opportunities. The next few years bore little fruit for Berry, but in 2014, they decided to record again, this time with few expectations about what might transpire. Gathering in a re-purposed pole barn in rural Kansas, the group picked up as if they had never dropped a beat. After writing and recording the skeletons of 11 songs in four days, the album fell into production limbo for more than two years until producer Paul Klimson (John Legend, Erykah Badu, Kirk Douglas of the Roots) offered his services to help complete the album.

The result is a stunning follow-up to Blue Sky, Raging Sun. The new LP, Everything, Compromised, drops in early 2018 on Joyful Noise Recordings. Classic songwriting amidst Rubik's Cube structures -- the music of Berry is a curious hybrid. At once dense and delicate, their blend of forward-thinking indie-pop is as graceful as it is perplexing. In their decade and a half of playing together, Berry has found a way to marry meticulously detailed instrumentation with genuinely alluring pop. FACEBOOK.

The wasteland rock hashtag for 'Fragments' had me intrigued, however after my first listen it really does seem a very apt description for the song. There is a loose unorganised feel running through much of the piece, that both charms and engages the listener, whilst a gentle underlying melody gives the track a beautiful vibe. 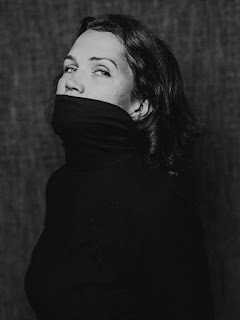 VanWyck - Listen To You Breathe.

Background - "You start with some kind of urgency that is indistinct, and it takes a lifetime to uncover what the thrust of your activity was about. You sing from a kind of thorn in your side, which may just be the human heart aching in its particular predicament. And all art is an effort to address that aching." - Leonard Cohen

Upon first listening to Amsterdam singer songwriter, VanWyck, Leonard Cohen’s quote immediately comes to mind. A hauntingly atmospheric and melodious whisper in her ear, it emerges in the form of smoky soulful vocals aching with lyrical precision of stories untold.

The VanWyck moniker is in itself an untold story of front woman, Christine Oele’s grandmother. An homage to her grandmother’s maiden name, the project makes the invisible, visible. It’s this thread that weaves throughout, from the curiosity of the mystical songwriting process to calling into question the erasure of women’s history, their stories, and their names.

VanWyck says, “Both my grandmothers were strong women (a nurse and a teacher) who came from very humble backgrounds and had to work hard and take care of children. Being creative was a luxury that was often not allowed to them. Being in the foreground was also not something they were allowed to aspire to. One of my grandmothers was very inspirational in making me reach higher and to put all my talents to work. I keep her picture as a young girl on my desktop to remind me of the chances she never had and the way she pushed me to reach higher.”

Her push to reach higher formed into an eclectic musical background that has included training as a classical pianist, becoming a keyboard player and one of the first female rappers in the Netherlands in a jazz dance band, and being half of a trip hop duo. VanWyck launched a year-long project called One Song A Week after releasing her debut solo EP Tanned Legs, with the lead single “The Daughter” lauding critical acclaim from KCRW’s Chris Douridas in 2016. Songs floated in her head, snippets of ideas that needed fruition, and the way she felt she could give them a voice was through the song a week quest. Some of the songs she released were studio recordings with a full band, some came from live shows, some were shot as videos, and others were sung in kitchens. Some spoke of mystical longings, and others of earthy intimacies.

The result of that year is An Average Woman, Van Wyck's first solo album calls on the voices of the unsung heroes: the nurse, the teacher, the mother. Everyday women whose mundane tasks emanate into extraordinary outcomes. She's accompanied by the award-winning bass player and arranger Reyer Zwart, and singer Marjolein van der Klauw, whose silvery voice is the perfect counterbalance to VanWyck’s own darker tones.

An Average Woman is about women who are visible and hidden, sacrificing and selfish, ordinary and magical, obligated and free. It's about the mysteries lurking in the everyday. It's about creating your own universe and your own sense of belonging - and stumbling along the way. In this debut album, VanWyck is An Average Woman who's anything but. WEBSITE, FACEBOOK.

We featured the track 'An Average Woman' back in October and it's good to be able to follow on from there with 'Listen To You Breathe'. Last time we commented "VanWyck's vocals are melodic, sensitive and carry some notable emotion." The sensitive and stunning musical arrangement and the alluring vocals of VanWyck working together on this song, is put simply, something very special. 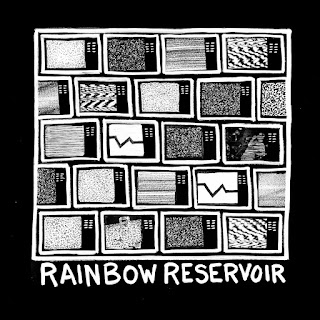 Background - Odd Box Records are delighted to announce the debut LP by Rainbow Reservoir will be released on 23rd February. The first cut to be shared from the forthcoming LP 'Channel Hanna' is 'Fuzzy' a buzz-saw pop song and a neat introduction to the record and is accompanied by a playful sock puppet video.

'Channel Hanna' finds the bands bite as hard as their bark - the title refers to Riot Grrrl pioneer Kathleen Hanna (Bikini Kill, Le Tigre, The Julie Ruin) and Rainbow Reservoir take their cues from the 90s explosion of riot grrrl rock bands but they fuse it with a poppier heart. Anyone who loves the power pop buzz of bands like Cars Can Be Blue, Tullycraft and The Spook School will fall instantly in love with the Rainbow Reservoir buzz pop sound.

With a session recently recorded for cult radio station - Dandelion Radio and numerous pop fest appearances under their belt, Rainbow Reservoir are set for an exciting 2018.

This is the first Odd Box release since we reached out for help at the end of 2017 and we are delighted to say that crowd funding drive has secured the future of the label and we are aiming to be here for many more years to come. BANDCAMP.

'Channel Hanna' is a collection of twelve songs, of which 'Fuzzy' acts as a pretty good indicator of this often feisty album. That said the band can and do tone things down on occasion allowing more melodic moments, however they also explode into life and demand your unreserved attention a whole lot more often!