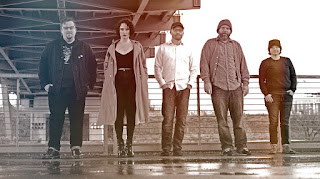 Background - Nashville-based outfit Palm Ghosts present their new album 'Architecture', which is being released by Ice Queen Records. The band offers a balanced blend of cinematic dream pop with dark indie, celebrating sounds from the most colorful of musical decades, the 1980s.

Lekkas founded Palm Ghosts in Philadelphia in early 2013 as a creative outlet for dealing with a severe bout of depression and anxiety that left him incapacitated. Discovering that music was his only path through the mire, he spent a particularly long Philadelphia winter recording a batch of introspective songs that was to become the debut eponymous 'Palm Ghosts' album, a tapestry of lo-fi indie folk and dreamy pop he christened as "sun-damaged American music".

After moving to Nashville in 2015 to take part in the southern city’s musical renaissance, Joseph Lekkas set up a small home studio, finally releasing Palm Records' second album 'Greenland' in February of 2017.

In May of 2017, Joseph began work on his next project, sketching song ideas to create the lush, cinematic arrangements he was hearing in his head. 'Architecture' is the fruit of his labors. This album is a sea-change for the band from the more electro-laced dream pop- indie folk of former releases to a more synth heavy and decidedly darker post punk sound. A brand new group of talented musicians helped to form the tapestry of layered guitars, synthesizers and rhythmic pulse found on this record.

"With Palm Ghosts’ sound, I try to combine the things I love the most about early 80s music. The eccentricity of bands like XTC, The lush waves of sonic bliss from the early 4AD bands and The Cure, The dark dance music of Factory Records and the worldliness and adventurous palate of an artist like Peter Gabriel," says Joseph Lekkas. WEBSITE.

The new album from Palm Ghosts is 'Architecture' a collection of nine imaginative tracks, which see the band moving into new musical territory and doing so very well. Dark and moody songs are occasionally interspersed by some more paced material, and the bands knack for creating hooks are still clearly present. Even when the post punk atmosphere is immersed with bleaker overtones, the band have a level of richness that gives them real edge and the subtle melodic backdrops really do ensure the album engages and draws the listeners attention ever closer. 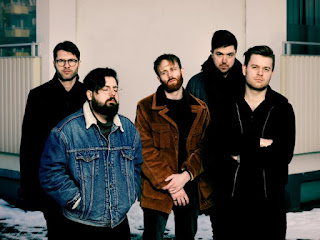 Background - You can almost hear the sound of autumn rain on Seaside Heights new EP, 'Made Up Minds And Bad News'. The band owes many thanks to the Gothenburg weather for their music.

Main songwriters Mattias and Jonnie first met on a tram. They shared the vision of making great music, whatever the cost. Together they founded Seaside Heights and went straight for the studio to record their 2014 debut EP, "Start of Something Beautiful", which included their hit single ”Turnover". The song set a groundbreaking record on a Swedish national radio show for unsigned artists, being the first song ever to win the contest for 5 consecutive weeks. During the year that followed the band toured all over Sweden as well as playing shows in London and Berlin.

After the initial rush things started to go downhill. Something was missing in the band spirit. Members either got kicked out or left due to frustration, lack of time or personal issues. Being broke in rainy winter Gothenburg ain’t that fun. Two years of grey haze later, the band found hope again in German producer Thomas Harsem and together they began the search for true feelings and how to develop Seaside Heights music.

At the same time Seaside Heights also added two new members. A politician from Stockholm, sick of the corridors of power and looking to devote his life to something more pure, like rock n roll music, became their new drummer. They also came across a homeless, failed remixer who turned out to be the missing piece of Seaside Heights.

Again, you can almost hear the sound of autumn rain in the music. The Gothenburg fall of 2017 was the most grey and depressing in the history of mankind. People may think music is all about fun, but it was depression and anxiety that pulled Seaside Heights in to the studio with Thomas Harsem. They set out to find the sound and vibe of their music, and ended up finding even more. They found hope. Writing and recording songs like ”Heartbeats”, "Better Days” and ”High Above” the band discovered their identity and put their personal problems down on tape. INSTAGRAM.

The opening moments of 'Don't Waste Another Heartbeat' establish an expansive, lush feel to the song, the vocals add emotion and heart, and we are off on a beautiful musical journey. 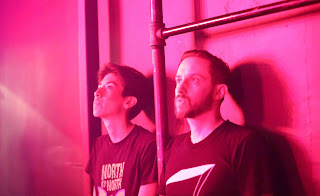 Background - While Washington, DC will always be known as a political centre, there is also something wonderfully off-kilter brewing here, as proven by the existence of Social Station. The addition of classical musician Jacob Sebastian to Paul Todd's fold has made for perhaps the most melodic track ever produced by this post-punk darkwave goth rock outfit.

The post-punk darkwave outfit Social Station has announced their new maxi-single ‘Try (Cross My Heart)’, a dark upbeat yet melancholic track that gets under your skin similar to how Siouxsie and The Banshees pulled that off with ‘Spellbound’.

Apart from the title track, this release features a solid collection of remixes by fellow DC and Baltimore artists, including Br'er of Blight Records, The Holy Circle, Red This Ever, and Tim Phillips.

With a passion for analogue synths, hypnotic guitar, and undeniable melancholic vocals, the band originally started as a solo project in 2013 by singer, songwriter, and instrumentalist Paul Todd, debuting with the single ‘The Sun and The Air’, followed by their ‘With a Smile’ EP.

“The song ‘Try’ has been evolving for close to two years with its start as a slow and deep staccato guitar riff along the lines of early Chelsea Wolfe or PJ Harvey, and just the first verse. Moving the song to an arrangement for piano completed the verses but still did not have the Cross My Heart chorus and up-tempo pace. Still pretty gloomy,” says Paul Todd. WEBSITE.

‘Try (Cross My Heart)’ is a driving synth laden affair, where the vocals are dramatic and earnest and melancholy is strangely addictive. The music lifts the song enough for some melody and hooks to add more, and collectively the track comes together demanding another listen...