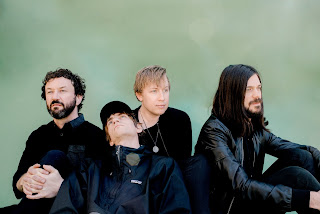 Background - San Francisco's Fine Points release ​their​ sophomore full-length​, '​Take Shape.​' Since releasing their debut album, Hover, in 2015, Fine Points have continued to lay the brickwork of their narco-pop stylings.

After landing tours with hazy contemporaries such as White Fence, The Warlocks, and The Fresh & Onlys, the band returned to California to work on demos for their sophomore offering.

Somewhere along the way producer Jason Carmer reached out to the band and they recorded the tracks heard on Take Shape at Carmer's Berkeley studio. FACEBOOK.

'Ready & Able' opens in a mild, unassuming manner, where melodic vocals and music gradually develops in layers. The song grows into a refined pop with a dash of rock track, the understated feeling giving way to a more expansive sound and the hooks do indeed dig in deep. 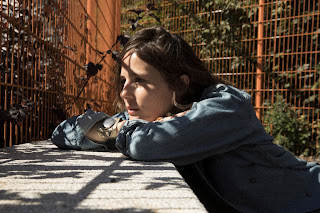 Background - As the release of Oslo-based Frøkedal’s much anticipated second album ‘How We Made It’ draws closer (set for release August 31st via Propeller Recordings), she’s sharing new single ‘David’ - a spirited, folk-tinged indie rock song, that lyrically appears to focus around the general notion of, “hope”.

"Love and hope keeps knocking on your door / Where do you think it is? / Upstairs, in the street, by the window / Maybe you will open up the door” Anne Lise Frøkedal delicately sings in David’s chorus refrain - to a backdrop of bustling drums and cleverly finger-picked guitar lines.

"This song was close to not happening - several times.” Frøkedal explains. "After the final recording session I realised that I missed it’s hopeful optimism in between the other songs. I needed David to shine a little light on the album.”

Speaking a little more on how the song came together, she said: "There was no more studio time booked, and no time to wait around, so I took the train out to drummer Olaf’s place, a small old house on the top of a hill. His drums are sat on a riser in the middle of his living room with a great view of the valley below. We were chatting, playing and having a great time – until the recording system broke down completely. We tried again the next day, I went back out there heavily loaded with my own more or less portable equipment. We played the song many times, it was fun and easy. Later that week I visited an old friend’s studio (Bjarne, drummer in Harrys Gym) and did the piano there. And my sister did the bass. I ended up spending a lot of time with people I really appreciate doing this track - and that fits the song very well." TWITTER.

As this is our fourth feature this year alone for Frøkedal, clearly there is is something about her music that resonates in a powerful way. 'David' goes someway to explaining why. Her individual style is so often catchy and natural, as is the thoughtful, creative and sensitive musical production. Put simply she can write a fine song and then make it something gorgeous and special. 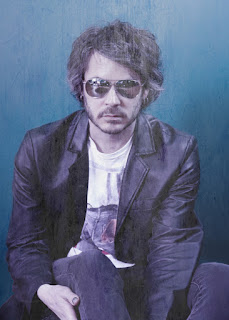 Rue Snider - Run Away With You.

Of the track, Rue explains, “Humans collect emotional baggage like a hoarder in a rent controlled apartment. What if we could leave it all behind and run away with someone? What if we could find a beach and start over, hard reset, go emotionally back to one? The fantasy of emotional amnesia is real. The idea of sharing it with someone can be intoxicating. "Run Away With You” lives inside that fantasy. It longs for an emotional clean slate even if it’s only for a short time. This song is also the doorway to City Living as a record. It’s the guest at the party who says, “one more drink! don’t worry about tomorrow!” It’s the voice that makes driving to the ocean at 4:30 in morning with two bottles of whiskey and a car full of intoxicated strangers make sense. It’s the Siren beckoning to move closer to the shore.”

Heavily influenced by 80s rock from Cyndi Lauper to The Smiths to R.E.M., Rue's new album City Living presents New York City as a catalyst for finding peace in the present even when circumstances are destructive and demand change. It’s a loose chronicle of his move to Manhattan in the mid aughts and an examination of the thoughts and choices that occur while living in transition: geographically, emotionally, spiritually, politically, and socially. City Living is upbeat musically with lyrics that reflect real human experiences, from falling in love at Coney Island, to wandering Brooklyn heartbroken, to standing up to injustice. WEBSITE.

Another artist who has gained our attention this year with some highly creative music is Rue Snider, an artist who is totally upfront about his musical influences and their impact on his own creativity. With the resulting output becoming songs such as 'Run Away With You' what is there to complain about, a driving and engaging indie rocker, with intelligent lyrics, it adds even more variety to the forthcoming album.