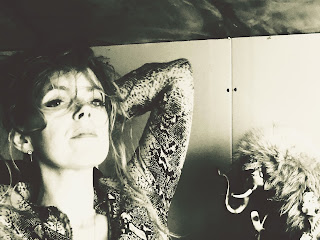 Background from Jeen - “Any Moment” is the only song off my forthcoming record, Gift Shop, that I didn’t self-produce in my attic. Ian Blurton, who also plays guitar on the track and mixed the entire LP, co-produced/recorded ‘Any Moment’ at his studio, Pro Gold in Toronto (with musical great Tom Szczesniak on organ + radio mix courtesy of Jeff Dalziel).

The other eight songs from Gift Shop are pretty diy... I played most of the guitars and as mentioned, produced it myself in my attic. My husband played drums, and my brother, who was living with us at the time, was conveniently recruited as our bass player. One of our oldest friends, Griffin, laid down some additional guitars throughout the album.

I was a lot harder on myself with this record than I had been with previous albums. In retrospect, it was quite therapeutic. I never intended to produce my own stuff –that was born of necessity – and I’m still learning as I go along. I really tried to keep the production straightforward so I didn’t get in over my head. The album’s called Gift Shop because I’m not very good at putting myself on display – I’d be good to lock myself away and just release records under the radar. But I’m trying to get over it... Gift Shop is out on September 14th via Red Brick Songs. WEBSITE.

The vocals maybe melodic and smooth at the beginning, however 'Any Moment' is a feisty indie rocker and Jeen can and does add some gritty edge as the momentum builds. It's pure and honest rock and roll. 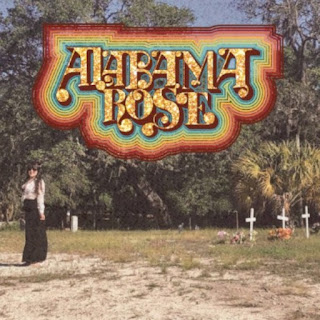 Background - "Alabama Rose is an emerging rock n roll artist from Birmingham, AL that is quickly gaining a reputation for her wild live performances and live recording style. Her music has been described as Wanda Jackson meets Ramones, and her high energy stage performances landed her six showcases during this year's SXSW Music Festival."

Quickly garnering a reputation for their fiercely outstanding live performances, Alabama Rose are a band that leaves nothing on the table, both in the studio and on stage.

Boasting powerful female vocals, electric guitar, fuzzed-out bass and an array of rhythmic beats, their sound mixes elements of surf, soul, blues and old-west twang to create a blend of modern rock and roll with a vintage twist. WEBSITE.

Classic rock and roll vibes permeate through 'Wildcat' with the vocals adding some additional punk angst. It's one of those songs which packs urgency and passion together in a no nonsense manner. 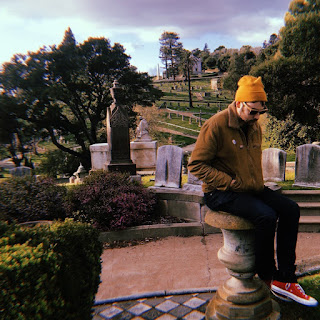 Background - “Shaylee & Tarantula” is a millennial anthem set to gnarled, twangy double-tracked guitars. It describes a generation trying to do what they think they should, but finding themselves hopelessly addicted to escaping their problems. The chorus encourages the listener, “Don’t you know you’re a good kid, no matter what you did?” but reminds them “the world can’t save you, but you sure can go and save yourself”. Despite the bleak outlook of a world out of your control, you can still control your own path and make your own way, a hard truth that’s both scary and liberating. “Shaylee” faces these truths head-on, as Archer often does with the rest of his work.

Logan Archer is a multi-instrumental artist and songwriter hailing from the dusty west of Bakersfield, CA.  He has been doing music since the age of 15, spending hours in his bedroom perfecting tracks with his unique sonic signature.  Listeners have compared him to indie greats such as Ariel Pink, Daniel Johnston, Ben Kweller, Elliott Smith, and Weezer.

By the age of 18 Logan had already released three full length albums on Bandcamp. Logan mixes a wide range of influences from 60's pop, 70's glam, and 90's indie rock with personal lyricism set to big melodies to craft his own distinct brand of catchy DIY rock music.  He is the founder of the cassette tape label Cellar Door Tapes, which represented artists like Johnny Goth, LSD & the Search for God, and Wished Bone, among others. He is also the drummer for the up-and-coming indie rock trio Swell Spells who recently debuted the first single on the influential Earmilk. Logan Archer embodies the indie DIY spirit and is a name to remember. FACEBOOK.

'Shaylee & Tarantula' is an imaginative rocker, where the vocals really do give the song some individual character. The rhythmic and punchy soundtrack works well and the lyrics are intriguing to say the least.