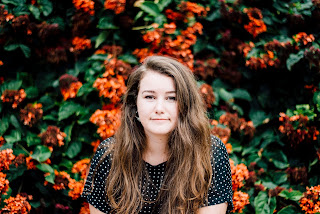 Dear Willow - I Was Young.

Background - Following on from the cautionary lament of Hold, Dear Willow is pleased to announce the arrival of new single I Was Young, taken from her forthcoming EP Hold Yourself Down (out September 14). Beckoning tales from the past, I Was Young explores feelings of being trapped within situations similar to that of a somewhat manic pixie dream girl character. It bares the raw truth of consequences when breaking down that bubble.

Dear Willow is the creative voice of Sunshine Coast based artist Em-J Dau. Since 2012 Dear Willow has transformed from poet to a solo acoustic act and embraced her sound through a full band. A testament to its creator's talent, Dear Willow is both Em-J's nom de plume and her persona artistica: a vessel that can change shape and direction, allowing her to truly explore her creativity.

Dear Willow's first single, Father's House (2015) introduced Em-J’s uniquely smoky voice to the big wide world, capturing a beautiful sense of yearning that is often present in her lyrics. As her song writing developed, flourishes of indie-rock and post-grunge began to infiltrate her earthy tones. Upbeat and optimistic, yet delicate and vulnerable, Dear Willow's next single When It Burns (2016) proved that Em-J's songs had translated well and realised new heights as a full-band sound. It was time to hit the studio...

Through the evolution of her band building to a four piece, the upcoming songs marry Em-J’s sophisticated lyrics and signature sound with punchy guitars and solid groove. Dear Willow introduces a further refined style, staying true to the frankness and honesty that is present throughout much of her music but emerges a confident and demanding front woman with tales to tell and is supported by her fellow creatives Callan Holstein (drums), Melinda Huurdman (lead guitar) and Dean Genge (bass). FACEBOOK.

'I Was Young' has a melodic and easy going indie rock vibe with just a hint of modern folk sensibilities along the way. It's sincere and catchy, with the refined production gives the song additional depth and feeling. 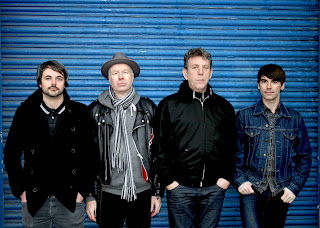 Background - Post-punk quartet Klammer are releasing their new album ‘You Have Been Processed’ on vinyl, CD and digitally through Under Dogz Records. Formed by UK Producer Steve Whitfield (The Cure, The Mission, Terrorvision, Jane Weaver) in 2014, Klammer's sound does thrive in the same ballpark as these particular bands.

Not long ago, the band unveiled their video for 'Spiral Girl', the second single from the album. Earlier, the band introduced us to ‘Modern God’ - both accompanying videos were directed by Steve Dutton.

Hailing from Leeds, Klammer draws from the members' shared love for all things angular, dark, loud and melodic. Previously described as the love child of XTC and Gang Of Four, Klammer offer an enticing twist on the post-punk attitude, blending in elements of goth rock, punk rock and dark wave, all with dark pop sensibilities. Here you'll find plenty of hooks and a dark and edgy broodiness coursing through their sound.

‘You Have Been Processed’ will be the band's third album, following up 'Auslane' and 'Klammer',  both released two albums via Under Dogz Records, and their debut 7” single 'Everything Depends Upon The King'.

Championed by Steve Lamacq on BBC 6 Music, Klammer’s music continues to excite with their dark themes allied to catchy riffs and anthemic choruses. Klammer have been consolidating their position as one of the country’s finest live post-punk acts, consistently playing up and down the country, both as a headliner and supporting other notable artists, including The Skids, The Undertones, Richie Ramone, Penetration and The Membranes. They've also played Rebellion Festival several times, including this year, as well as The Great British Alternative festival. WEBSITE.

Whilst we are a little late in featuring the music video for 'Spiral Girl' it's still appropriate as the bands new album 'You Have Been Processed' was released just a couple of days ago. One of twelve tracks on the new album, this is a consistently solid collection of songs, the bands post punk centred music occasionally drifts into bordering areas, the energy levels are sustained throughout, without ever overpowering the listener. Klammer carve out their own distinct sound, the vocals and instruments finely tuned together, and the constant flow of musical hooks gives them plenty of edge. 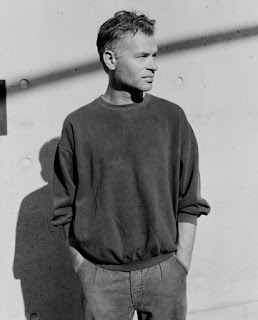 Background - Vancouver artist Nicholas Krgovich possesses an unswerving back catalogue of sleek ‘future-pop’ releases. His solo work has seen him collaborate with the likes of Mount Eerie, Nite Jewel, Amber Coffman (Dirty Projectors) and Dear Nora, and his wildly diverse discography shows an unmistakable and deep commitment to exploring the endless possibilities of pop. On Krgovich’s new record however, after experiencing heart-break for the first time at 35, all goes out the window. What is left is a vivid and candid account of love gone sideways and the songs that poured out, all written and recorded out of necessity before anything else. Announced last Friday, “OUCH” is released on 26th October via revered indie label Tin Angel Records.

The first single from the stunning new album, melancholy ballad Rosemary. The lyrics describe the scent of Rosemary in the air and the winter sun “beating down peversely” whilst Nicholas walks past his recent ex’s house, having a realisation of powerlessness in that moment. “Trying to handle new love with white gloves / Is as reckless and foolhardy as anything / Anything, anything new / It’s just gonna do what it’s gonna do / And decisions might be made that don’t include you.”

Talking about the new album, Krgovich explains; “I didn't mean to write songs, I just started hearing them, and I couldn't stop. I wasn't even thinking while I was doing it. The tap turned on. I'm sure that happens to a bunch of people, but that's never happened to me in this particular way before.”

He continues; “I got dumped in the spring of 2017, in a way that made the whole, brief but potent relationship all of a sudden seem like a bit of a joke.  But then some deep churning and real feelings started to happen, and life became hilariously heavy and impossible feeling.  The next morning, I remember waking myself up before my alarm sobbing and wailing.  I was in hell but was also somewhere rolling my eyes at the absurdity of how “on the nose” all this was.  I couldn’t help it.  It was also interesting having to grapple with these primal, teenager-y feelings as a person in their mid 30s!  A person that in many ways knows who they are!  A person that’s already had their Saturn Return!  All of it!

“Thinking about it now the whole thing was a pretty damn heartening experience.  Having this recording project haphazardly happen out of necessity, constantly doing, not really thinking, spacing out, having friends pop over to sing and play and drink gin and bring their gentle wisdom while I whined about my feelings.  I felt very loved and supported during a time where I could not have been harder on myself or felt more grotesque or impossibly unlovable.  Making this album in a way was a vessel for everything, it gave shape to a life event that just felt like this big sad unanswerable blob." TWITTER.

With a simple and pleasing melody 'Rosemary' is one of those songs that quickly works it's way into your life. Whilst the subject matter might not put you in a party mood, this is no bout of "poor me" or self pity, rather a reflective and moving track that relaxes and moves the listener rather than descend into an abyss.