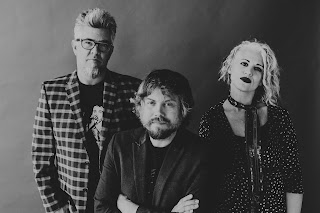 The following years Carothers took a brief hiatus from songwriting to open the successful Japanese restaurant, Miho Izakaya and spent the next half decade keeping sake flowing and quietly writing songs in his few spare hours. In 2014, with a renewed musical focus he sold his stake in Miho Izakaya and bought a Tascam 8 track cassette recorder and began new material with longtime friend, Portland musician Nathan Junior(Dandy Warhols, The Early Stuff, M. Ward, Duover, Sea Wolf) and artist and taxidermist Little Debbie Bartling sharing time behind the mic with Nathan Junior. The result was The Easy Wolves Sessions, a lo-fi mix of bubblegum psych pop. Later, in 2016 Nathan Junior and Carothers recorded the E.P. Mars Was Yesterday with producer Adam Selzer (Decemberists/Peter Buck/M. Ward/ Fleet Foxes) at Type Foundry Studios where Carothers’ vision began to take on an identity reflective of the kind of alchemy that comes from friendships and like minded musicians, highlighting the strength and creativity of each member.

Carothers, a native Tennessean, had known Tripp Lamkins (The Grifters/Dragoon) since the early days of famed the Memphis band The Grifters. Upon hearing about the Paper Cameras project, Tripp made his way to Portland, OR to record at Jackpot Studio with Tape Op founder Larry Crane (Elliott Smith/Sleater Kinney/ Go-Betweens/Thermals). They began tracking with no band rehearsal and recorded the record in just only two days. With rhythmic complexity and blended harmonies, the outcome is reminiscent of a lower-fi New Pornographers, Wedding Present, with hints of later Royal Trux. Larry Crane’s honest straight-ahead production style anchors the songs and would easily be in step with fans of Summer Cannibals.

This collaboration of veteran musicians came together more smoothly than they ever could have imagined. After the songs were instrumentally framed, Carothers brought painter Michelle Anne Muldrow to sing with Nathan Junior. The result became the EP Painted Light, due out in the fall of 2018 on No Night Travel. Painted Light floats within sonic range between 90’s garage influenced rock and inventive, harmony-laden 80’s power pop. BANDCAMP.

After a brief choral opening the band decide to crack on and 'Speed of Wine' explodes into life. The gorgeous harmonies are ever present on this first rate alt rocker, the music has it's own melodic twists, based on just this track the E.P. sounds very promising. 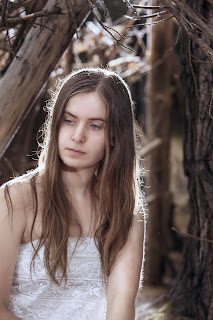 Background - Louise Marshall is an alternative indie artist based in Adelaide, South Australia. Louise had begun her music journey at fifteen, song-writing obsessively. Not longer after she took up the guitar, further developing an appreciation for experimental rock, pop and alternative indie.

Juvenile is Louise's first studio EP, released in November 2017. Ocean is the featured single from the EP. Juvenile is an EP that explores experiences that had personal effects on Louise, while pondering the idea of ‘what if’. The EP was written during Louise's emotional dark age. Juvenile was was mixed, mastered and produced by Cezary Konarski of Datafire Audio.

Featured single Ocean was written during a time of experiencing a depression and self destruction, the song was about being in the trenches of helplessness. The use of body parts 'veins' and references to 'mad house and ' is it fine to be me' are nightmarish references linked to the reality Louise was experiencing at the time. The use of synth pads and strings combined, gives a calming and haunting mood. The chorus is anticlimactic and doesn't lift the songs tone. It relies on nothing, just the reminder of Louise’s experience.

The creation of the music vide for Ocean was made possible with the help of Made Adelaide film production. MadeAdelaide held the script of Ocean as a high priority, capturing it's meaning's and concept. The video for Ocean presents the dark, subconscious elements of Louise's mind. This is portrayed through the unsettling extras and powerful symbolism of vulnerability and power struggles. The video presents below the surface issues and how these issues can manifests themselves in life.

Each song has a unique sound but carries the same dark tone and signifies a transition to eventually accepting the current state. Blue is vocally dominate and contains a mourning feeling. The Beast holds a sense of anticipation from transitions to the chorus and verse. Dignity is a simple song, primarily a 'what if' song. Dignity is about feeling helpless and was inspired by an aged care facility. Ocean was is the most emotional track on the EP. Ocean is about seeing the dark and bare parts of the mind and releasing the fear of it. Chlorine is the last track of the EP and is the lightest. Chlorine is the completion song that gives birth to new ideas and removes the cold callous perspective of perceiving life. WEBSITE.

There is a sense of the dramatic with 'Ocean' along with some simmering tension and earnest passion. The video adds even more emotion and a layer of vulnerability, this is one of those songs to immerse yourself in, as it feeds your imagination and heart.