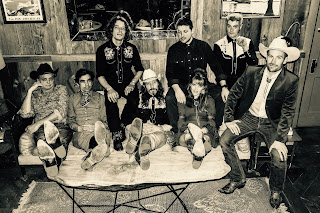 Background - Wild Earp & The Free for Alls have released their first full-length, self titled album which is available now on all major streaming sites and digital music stores.

The album is a blend of old school country & western, rockabilly, and folk, and the band breathes new energy into a classic sound. Their new release takes you on a road trip across Americana, borrowing liberally from influences that span several decades and thousands of miles.  Listeners might hear hints of Jerry Lee Lewis, June Carter Cash, Loretta Lynn, Dwight Yoakam, and Roger Miller, among other past masters.

Wild Earp has been performing old school, new fangled, funky country western rocknrollabilly since 2014. He’s assembled a talented and handsome team of musicians from various musical backgrounds in the Chicago music scene. They tour often all around the country, and can be found every month at the California Clipper. The new album showcases 10 original examples of their wild Americana music. WEBSITE.

Sometimes when I listen to a band one of the first things that strikes me is that they love what they are doing and want you to share that enjoyment too. 'Killin' Time' the second of ten tracks on the new album conveys that feeling. The band are up-skilled, confident  and absolutely immersed in their own sublime take on all things Americana, so much so that pretty much every song is infectious. Classic old time sounds with a modern twist for good measure, if your not sure about the genres they cover, dive in and hang around for a while, and enjoy the show! 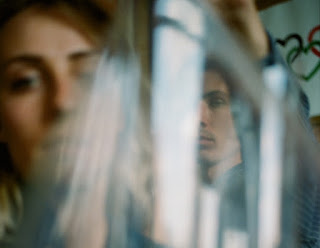 Background - The Triple J-tipped, Sydney-based indie-rock duo, Micra, have just shared their scintillating debut single, ‘Plastic’. Following support in their home country based upon debut performances and early demos, the band, comprised of Bulgarian born and raised singer-guitarist, Ivana Kay and Australian multi-instrumentalist, Robbie Cain are making their debut proper with ‘Plastic’ ahead of more new music and UK live dates in early 2019.

Co-produced by the band alongside emerging Sydney producer/mixer, James Christowski, ‘Plastic’ mines wistful atmospherics that cut between Air and Zero 7, whilst turning head to dream-pop sensibilities attuned to the likes of Ariel Pink and fellow Australian, Kevin Parker. Speaking about ‘Plastic’, Cain says: “‘Plastic’ was the original piece of music I sent to Ivana as a demo over email, convincing her to work on music with me. We tracked the initial vocals in our friend’s basement after meeting in a cafe for the second time.”

The pair initially met - as if by serendipitous fortune - when were coincidentally sat beside each other at an Unknown Mortal Orchestra show after both arriving alone. That chance encounter would blossom into a musical alliance that culminated in the formation of Micra in early 2018. TWITTER.

Opening with a dreamy feel 'Plastic' adds depth as layers of synth's and an intriguing rhythmic backdrop unfolds. The result is a dream pop song which occasionally moves towards shoegaze, as the duo explore and create a luscious sound. 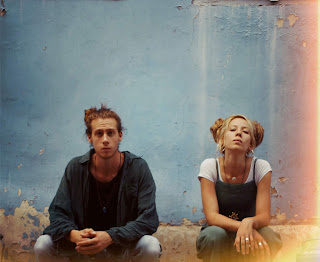 Background - KAYAM is the musical duo of siblings Kim and Mike Rauss, playing what they affectionately label Falafel Pop; a fusion of the genres they enjoy, a near obsession for chickpeas and much love.

The brother and sister enjoyed a cross-cultural upbringing living at various stages in England, Germany and Israel and the wanderlust they experienced in their early years has no doubt left an impression on their approach to music making and live performance.

Kim sings and plays the Celtic Harp, Mike plays guitar, sings and builds the loops with guitar percussion and the occasional beatboxing.

KAYAM’s songs are atmospheric and instantly compelling offering room for improvisation on stage and a poised studio approach that makes their songs stick out. “Midnight” is the first release from their upcoming debut album and represents a great introduction to KAYAM’s imaginative and sincere sound. BANDCAMP.

Before I started listening to 'Midnight' I was already curious as to what the duo meant by Falafel Pop. Well this might not be a Middle Eastern dish as such, but it is appetising (if you excuse the awful pun). There is a clever mixture of singing and spoken word and the musical backdrop is uncomplicated, yet it increases the richness of the piece considerably. Imaginative and beautiful, KAYAM have set expectations high with this song. 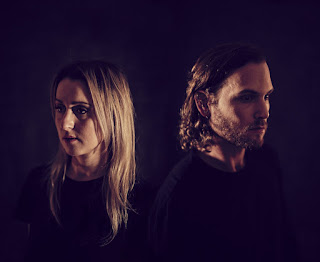 Background - Brooklyn duo Belle Mare is gearing up for the release of their new EP, Liars, next Friday, October 19th. It features five tracks of shimmering, mid-tempo dream-pop from longtime collaborators Thomas Servidone and Amelia Bushell, showcasing Bushell's etherial vocals above lush layers of instrumentation. The band previously shared a taste of the EP with two of its singles, "Liars" and "Spain."

While they await the new release, Belle Mare is sharing a cover of the Q Lazzarus hit "Goodbye Horses," a favorite of Servidone's. He was inspired by the recent news on Lazzarus -- who emerged after two decades of silence -- finding it refreshing that she's chosen to live a life of relative obscurity in a culture obsessed with endless self-promotion.

From their humble beginnings recording songs in the confines of a Brooklyn bedroom to the expansive sounds produced at the famed Electric Lady Studios, Belle Mare has managed to maintain their stark minimalism in conjunction with the sincerity and fragility of Bushell’s vocals. Their dreamy guitar-pop has racked up praise from the likes of SPIN, Interview Magazine, T Magazine, and more, and they've shared stages with acts like Night Beds, Widowspeak, and Savoir

The band will celebrate the release of their new EP at Brooklyn's Baby's All Right on October 24th. TWITTER.

We don't feature many cover versions on Beehive Candy but Belle Mare's take on 'Goodbye Horses' is just to good to let pass. Dream pop with a distinct and lovable vibe, the duel vocals are sublime, and the E.P. is only days away.

Unknown said…
Love this album and the band! They look like they are having as much fun as they were making this record.
13 October 2018 at 21:43