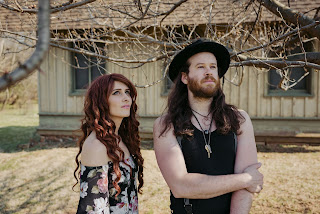 Based in Portland, OR, these internationally touring sweethearts aren't your average duo. Rather than simply documenting their experiences in song, Sarah Vitort and Scott Gilmore write from the perspective of quasi-fictional characters. There’s Fox, a down-and-out it girl, and Bones, a rootless orphan bad boy with a heart of gold. The two fall for each other, decide to hit the road, and never look back. The characters, as well as their real-life counterparts, use music as the canvas on which they paint a new life together that defies traditional relationship roles and life goals. Their music is ripe with vocal harmonies that pull at the heartstrings and a complex, at times metaphysical, lyrical landscape. Each element serves their stories of a life lived on the road, in pursuit of a dream that most never have the courage to chase. Live, they give audiences a peek into their world and challenge them to believe in life, adventure, and modern love.

In the fall of 2017, the two began working with producer, Dominik Schmidt, and engineer, Matt Greco of The Rye Room, looking to evolve and add more mainstream pop elements to their quiet, folky sound. The first effort by the new team was the single “Love Me Like a River,” which quickly made a name for itself in Portland and beyond. The song debuted on Portland’s Kink Radio, and was met with positive feedback from fans and press alike.

Over the last year, the duo has continued to work with Schmidt and Greco on their sophomore effort, due out fall of 2018. The album, titled Better Land, will introduce fans to a whole new iteration of Fox and Bones that was teased with “Love Me Like a River.” It’s a sound with rocking drums, grooving baselines, and melodies that are catchier than ever. But don’t worry, those who fell in love with Fox and Bones for their simple, harmony-driven songs will not be disappointed. Better Land has something for everyone, appealing to the adventurous spirit in all of us. Gilmore and Vitort continue to manifest the lives they want to live through song, encouraging listeners to dream as big as they have.

In the small window of time that they aren’t on the road, Fox and Bones has also founded Portland’s Folk Festival, which sold out in its first year and continues to grow. The two aim to create culture and camaraderie around folk music in Portland, bringing musicians and music fans together in a lasting and mutually beneficial way to celebrate Portland’s thriving folk scene.

Comprising of eleven tracks Fox and Bones new album 'Better Land' is a highly likable affair. Dual vocals and harmonies are just part of the pedigree for this duo, along with this you can add well written and constructed songs and plenty of variety. Drifting from modern Americana or folk through to indie rock and pop, this original set of songs are all available to stream below, as they take you on musical journeys in all directions. 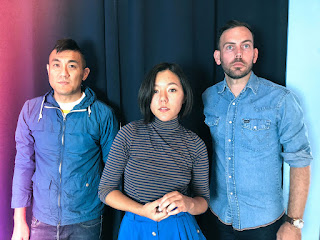 Fanclub is Mike Lee, Leslie Crunkilton, and Daniel Schmidt from Austin, TX. Fanclub began from Mike's love of twee pop, synth pop, and dreamy guitars. He searched for a vocalist, and when Leslie started singing on a song, it became clear that her voice would be the drive of the band. The songs are dazzling, both melancholic yet upbeat. Fanclub gives us a sound that is hopefully nostalgic but also distinctly brand new.

The new single ‘Stranger’ follows on from the release of 'Reflection' and is a catchy synth-driven slice of dream pop, and another display of the band's penchant for writing songs that incorporate beauty and pain into a lo-fi, melodic aesthetic.

To cap off the year, Fanclub are performing shows in their home state of Texas in the lead up to their debut EP 'All the Same', which will be released in early 2019 and will be followed by a showcase at SXSW.

"'Stranger' is about falling out of love. Even when it’s obvious what is happening, there is the instinct to try and maintain the illusion that everything is okay. This song is positioned at that devastating moment when a decision is made, and you have to learn how to continue loving. The last line “Now let it go, we’re all the same. We’re all, we’re all, we’re all the same” removes blame, and joins us all in the shared experience of love and loss." - Leslie Crunkilton.

'Stranger' is a catchy dream pop song that rocks along as both the vocals and synths vie for attention. With some post punk and eighties vibes this is nonetheless fresh and feisty music. 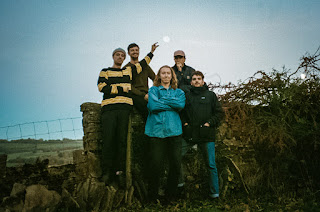 Margot are slowly becoming masters in imbuing their hazy, insular guitar lead dream-pop with a subtle drama born of a close eye on the minutiae of modern human existence, lending their music an unflinching authenticity. Characters, and relationships between them, are imagined to create a voice through which vocalist Alex Hannaway can express his personal thoughts, derived from his own social experiences and engagement with politics.

Inspiration for latest single Coffee Stained Scars came from a scene in Greta Gerwig’s coming of age film Lady Bird – in which a mother’s drive between work and home is the only time in her day when she’s not serving others, creating a time of contemplation.

“‘Coffee Stain Scars’ is a middle-aged man’s wet-traffic-ridden journey, and his partners anxiety regarding his mental fortitude.” explains Alex “I’ve had experience with adults of that age stoically withholding information in regards to their mental health and I’ve seen how this can affect friends and family. It’s desperation, it’s unconditional love, and a hope that things can turn around.”

This is a theme set to continue through Margot’s work, this being the first of a triptych of singles revolving around  characters in differing situations relating to mental health. Citing influence from various art-forms - Emily Dickinson’s poetry or John O’Hara’s unvarnished realism to The Smiths and Coronation Street – Margot’s loving treatment of kitchen-sink drama blurs the lines between high and popular culture.

Self-produced once more in the band’s own studio space, not beholden to time or financial pressure, the band’s relentless DIY approach enables a perpetual artistic process, agile to accommodate their evolving thematic interests.

Melodic guitars and some distinct and highly engaging vocals ensure that 'Coffee Stained Scars' stands out in the crowd. There is a laid back indie rocker feel at times and the musicianship is slick and considering the DIY production this is a beautifully produced song. 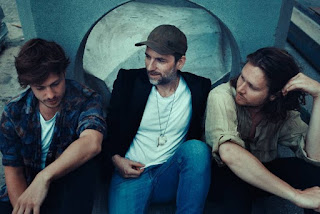 “The River Fowey is a magical place. From the small wharf in front of the Fisherman's Arms in Golant we took a small boat with our guitars and amps and drum cases downriver to the creek where Sawmills Studios lies buried in the woods. Down there you only hear the birds and the stream and occasionally the iron rattle of the Mineral Railway. You can't see any other houses. You can switch the world off and start looking for something - it's Heart of Darkness in reverse.

And it was important that we went there to make our album. I wanted to reconnect to some innocence, some lost spirit of pop music that has been written over by the ones and zeros. I wanted to record everything in a single take – I didn't even know whether it was even possible to make a record like that anymore. I wanted the music to be alive - not the digital plug-in facsimile of being alive. Spinning Jenny was one of the first tracks we recorded in the I’ve days that we were there. We'd performed the track a hundred times live. I had recorded a great demo that was really trippy but a lot slower. This was a chance to let it fly.

We did three takes and the third take was a spiritual experience. Tom Joyce, the engineer, asked us if we wanted to have another go. We were all just giggling, overwhelmed by what had just happened in the last four minutes. I knew that if we did a thousand more takes we'd never get close again. It was a great moment. I can't say too much about the song. It came to me like a dream – something over which I had no control. The words just wrote themselves. I like the idea of a rickety wooden machine that comes along and kickstarts a revolution. I like the idea of a girl who just blows your world apart. I like the idea of evolution and wheels and music that comes around and makes sense of where you are.

Back in Den Haag we met up with Caitlin and Jana from Glitterstudio and spent a freezing cold day on the beach. I said I wanted the video to be colourful and crazy. They kept asking me what the song was about and I kept saying I didn't know. It just felt right.” – Dylan Rippon, Every Kid Knows. The featured single will be released online by Hero Rhymes With Zero on 10th December 2018 and is a taster of the band’s debut album expected next year.

Due out on Monday the brand new single entitled 'Spinning Jenny' is a gorgeous and somewhat psychedelic sounding piece. It's oozing melodic hooks and the vocals add that psych vibe, considering this is a taster for next years debut album, it looks like we may be heading towards something rather special.