January 21, 2019
Hajk are polished, melodic and with some R&B vibes rather catchy on their new song. It's been some time since we featured Marble Mammoth and the alt rockers return with a stunning couple of tracks. Henry Jamison's beautifully crafted songs continue to impress, whilst Porteau offer us an exquisite piece that exudes both feeling and quality. Living Hour's vocals are gorgeous and the musical backdrop is a perfect complement on this wonderfully lush song. 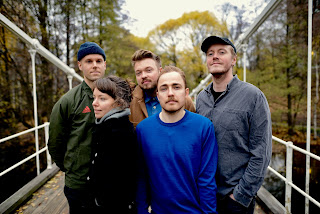 Hajk have released a brand new single entitled 'Breathe', the third and final single from the upcoming album 'Drama' that is out on February 15th on Jansen Records. The track is a soaring, emotional R&B-tinged song with an instantly infectious melody guided by Sigrid Aase’s powerful vocals that enthrall throughout.

Behind the sheen though, the band's Preben Sælid Andersen has explained that 'Breathe' is actually, "about the ability to believe in yourself and the ones close to you. It’s about trying to hold on to something, but deep down you know it's already too late. Breathing is also something we have talked about a lot during the making of this album, and it now serves as a theme throughout the record, in the lyrics and with actual breathing sounds hidden all over. Being able to take a step back and take a deep breath can be the only right thing to do sometimes."

Marble Mamoth have just released a new single The Light.

It’s a track in two parts with a fuzzed out bass, a didgeridoo and sampled seagulls from The Beatles.

It is the second single release after the debut EP, and the band are planning on releasing two more tracks this spring. 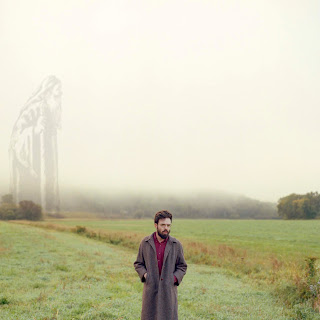 Henry Jamison’s upcoming album ‘Gloria Duplex’ is out February 8th on Akira Records, and is shaping up to be not only a formidable follow-up to his stellar debut album ‘The Wilds’ (which has over 90 million streams on Spotify alone), but also an insightful deconstruction of what it means to “be a man” in 2018. And this week Henry has unfolded another chapter in his exploration of masculinity by releasing the fourth single from the upcoming set, “American Babes”.

If album cuts like the previously released “Boys” and “Gloria” acknowledge the ways young boys are enlisted into a “toxic fraternity” by society, “American Babes” is a mini tableau of that society as a whole. As Henry describes it, “The verses are about a group of students that I saw on the train from New York to Vermont years ago and about a homeless man who I talked to once in Baltimore. The juxtaposition isn't totally worked-out, but it's loosely about young people who still feel some trust in institutions and an old man who felt utterly failed by them. When the structures of our lives crash down, what can we lean on?” 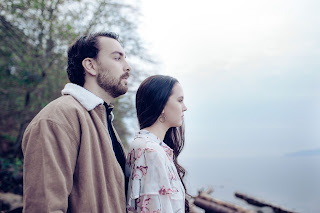 Do we really have a choice? Does instinct guide us home? These are the questions posed in “River Song,” the first single from Water’s Gate, our forthcoming debut album. At the time, the lyrics were simply poetry I wrote in a journal during summer evenings spent in a remote Alaskan village. We were independently writing ideas/songs that neither of us necessarily intended to combine together; we weren’t trying to write a record. This poetry was a catalyst, and “River Song” as a whole naturally revealed itself.

I found myself inspired to write “River Song” while watching salmon swim in the streams. Their journey back to spawn is magnificent – one that brings life, but ultimately ends in death. Using the earth’s magnetic field, like a compass, the salmon return to their final resting place. I was struggling to wrap my head around accepting the natural cycle of life. Seeing the salmon’s instinctual guidance drawing them back to their place of birth helped me discover where I needed to be “River Song” is not a story with a concrete ending. Ask yourself – do we really have a choice? Does instinct guide us home? 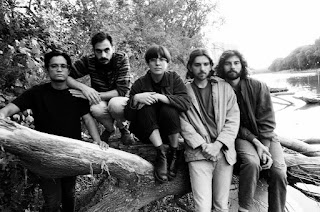 Winnipeg’s Living Hour shares "Water," the second single from their upcoming album, Softer Faces. The band teamed up with filmmaker Ryan Steel for a short film to accompany the song.

Steel says:  "'Water' is a video about winter in Winnipeg. The video was shot covertly on the streets and in the homes of friends and grandmothers. Liminal spaces such as buses, shopping malls, and arcades all percolate together. Periods of rest and the textures of winter were captured on the outdated medium of 16mm film."

Everything about Winnipeg’s Living Hour has been expanding since their humble basement beginnings in 2015. What started with dreamy love songs inspired by the cinematic sky of their hometown has transformed into even more sprawling and expansive expressions on their latest effort, Softer Faces due March 1, 2019.