February 04, 2019
Shayfer James new E.P comprises of six extremely engaging tracks. The vocals are superb as Shayfer changes styles with ease and distinction. The music is tight and polished adding to the charismatic nature of this addictive material. Hints of Dr John and Nick Cave are present, not copied just referenced to give some guidance, that said it's a whole lot more than that.

We have the video for 'Another Year' from Haint Blue, it's the first of twelve songs on 'Overgrown' which is due for release on February 15th. This is a refined collection of Americana and folk music from a band who produce exquisite musicianship and vocals that are natural and a perfect fit for these genres. Consider the rest of the album as at least as good as the featured song, it really is worth hearing in full. 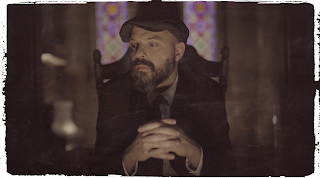 Hope And A Hand Grenade comes as Shayfer James' seventh studio release, showcasing his ongoing growth as a singer-songwriter. His music provides a unique blend of catchy unconventionality; bright pop melodies are interwoven with gothic-tinged lyrics and emotive vocals, all delivered with a splash of whiskey humor, smart quip, and air of dark charm. Applauded for his theatrical live performances, James keeps audiences on their feet, with a hint of mystery and surprise.

"I went into the production of this EP with a totally open mind," James shared. "I worked with producer/mixer/engineer and multi-instrumentalist Jeremy Gillespie who has been one of my closest friends for ten years. I trust him with all my heart. Jeremy knows me and understands my artistic approach and arrangements in a way that I think a lot of independent artists can only hope for. He also thinks I’m out of my mind, which is a bonus." Known for his masterful piano work, James challenged himself on this latest release.

"I love the piano but it had started to bore me a bit last year so I shifted my focus toward electric guitar. I recruited Corby Hewson on drums (who performed on all my previous recordings) and Caitlin Gray (Hooray For The Riff Raff) on bass as well as T. Fortuna on percussion. Jeremy and I played everything else, other than the viola on "Crack A Bottle, Run A Bath", which was performed by Peter Horn." The EP was mixed and primarily recorded at Mike Ferretti's Self Titled Studios, with additional tracking at Magic Door Recording and Kaleidoscope Sound. It was mastered by Kim Rosen at Knack Mastering. James concluded, "Recording this EP was a wonderful experience made incredible by working with some of the best friends I've ever had." 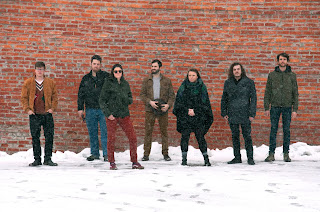 Haint Blue has released a video for "Another Year" - the standout lead track from their new album Overgrown, featuring lush vocal harmonies set against a stark arrangement that shows off singer Mike Cohn's powerful delivery. Cohn had this to say about the song:

Another Year is an interesting one. I started writing the song quite awhile ago, when I was feeling really down on myself on my birthday. I couldn't figure out why I was screwing up every aspect of my life, even though I was getting into a lot of stupid stuff and being a generally selfish person. The song, as a lot of my songs did at that point in my life, lingered unfinished until I picked it back up a few years ago. I was now on the "straight and narrow", so to speak; maintaining healthy relationships, holding onto a job, drinking less, etc. The irony is that I still felt unfulfilled and directionless, for the most part. So the song dances around the same idea, that idea that we disappoint ourselves sometimes, but from two sides of the same coin.

Here are a few lyrics that I think were interesting or meaningful: "and I see growth in all the wrong places/in our guts and in our faces" . It's a tongue in cheek but truthful nod to the simple fact "I ain't getting any younger" while exploring the complacency I have begun to felt as I have aged (but perhaps not necessarily grown). "In the back of my head/an empty space once held the dead/so should I black it out like everyone else?" I think that's one of the funnier lines I've ever written, about going bald and having this back and forth in my head of whether I would do anything about it.

Like I said, the song is interesting to me. There's a lot of rage/frustration in the song, the kind of frustration any adult feels when they grow up and realize that life's not going to be what they thought it would be (and that it has a habit of getting away from you). But there's also this softer, sadder, almost humorously self-aware part of it, too. That's why I like the song so much, it's a great (accidental) allegory to growing up.