February 06, 2019
We begin with Katey Brooks who is appearing on Beehive Candy for the third time and once again she is mightily impressive with another exceptional song. Kap Bambino's video for 'Erase' has already gained considerable attention as it drives home the sheer energy and vibrancy of this electro punk blast. Cartoon Lizard share a creative song and imaginative video as the band prove hard to categorise with this track, it's rock of some sort and it's rather addictive. Mags on Earth creativity is notable as is the atmosphere and feeling on 'Tulip Stone' a refined and intriguing song. The duo Sparkling keep today's somewhat "alternative" vibe on track with some classy synths and distinct vocals along with some deep hooks. 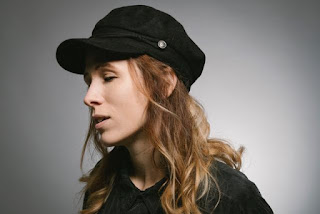 Katey Brooks latest single ‘Never Gonna Let Her Go’ is about being true to yourself and rejecting shame. The singer reveals, "We're all going to walk this planet with different scripts in our heads, different upbringings, experiences and beliefs, and if we want to get along and be peaceful we need to accept that.  Hate isn't the answer in any situation - so I believe anyway”. The stunning single exudes soaring vocal harmonies, bluesy guitars and passionate lyrics, essentially becoming a peaceful protest song. Brooks prevails,  "Judge me for my true failings, ask me to change those things that actually effect you, and I'll hear that. But one thing I'll never change, and one thing that is definitely not wrong with me, is my love for women”.

Brooks has found success recording with the likes of Brian May (Queen), Bill Wyman (Rolling Stones) and Paloma Faith at Abbey Road. She has played some of the world’s biggest festivals, as well as having received an enthusiastic reception from radio stations around the UK and internationally.  Brooks has also received acclaim from such prestigious outlets as Billboard, Pride and The Advocate to name a few. Katey Brooks is now ready for the next chapter of her musical journey, with ‘Never Gonna Let Her Go’ out now. 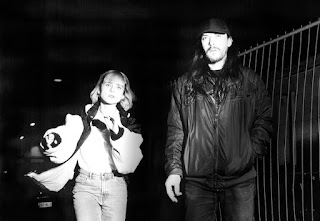 French duo Kap Bambino announce their return with new album 'Dust, Fierce, Forever', out on 12th April on Because Music.

Notorious for their uncompromising live performances, Orion and Caroline bring that raw energy to 'Erase', the first single taken from the upcoming album, and to the riveting video that accompanies it.

Their fifth album is an irresistible whirlwind of sounds, in which the most disparate of elements spin together breathlessly. The record's 13 concise, momentous tracks juggle around familiar sounds, suggestions of Eurodance and a hint of hardcore, creating an acrobatic, incongrous mix that never lacks moments of beauty.

Cartoon Lizard - Lay Of The Land.

Each year, we dedicate months at a time and set aside our lives to write and record music deep in the woods of Cedar, BC. We live at the studio and immerse ourselves in the process of making music. We’re very particular about the fidelity and character of every aspect of a production, sometimes spending days refining individual elements.

The recording of “Lay of the Land,” our new song, was left dormant for a year before being resurrected in 2018 during our tenure at Risque Disque Records where some extra details were added.

It's been hard not to get political lyrically in recent times, and “Lay of the Land” is definitely a product of that. We've all felt the change in climate and have been questioning our beliefs more so than ever. “Lay of the Land” is essentially motivation to never stop questioning yourself. Nobody has the answer, nobody is perfect. That’s something you have to be willing to accept and acknowledge when you're in the wrong - Cartoon Lizard. 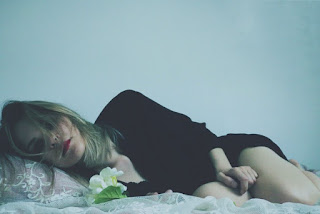 Born in Sweden, raised in Germany, and now living between London and Paris, Mags On Earth combines these geographical influences into her wonderfully crafted, dreamily melancholic, electronic-touched pop sounds.

Inspired by the likes of Lana Del Rey and Bat For Lashes, and shaped musically, lyrically and visually by the city sounds she finds herself surrounded by, new single ’Tulip Stone’ was recorded with producer Jose Manuel Cubides in London, and deals with "wondering what else life could be looking like right now, and the pressure of spending your youth in a certain way and how time keeps passing”.

The single comes backed by a Paris-influenced video that Mags On Earth made herself.  She explains "I spent a month in Paris last October and was so inspired by the atmosphere. Paris has that authentic beauty and elegance that I strive for in my visuals, even in its less pretty parts.  Paris is always Paris. And to me it feels kind of faded in the colours which really works well with the theme behind Tulip Stone”.

‘Tulip Stone’ is taken from her debut EP “Girl in the City” (available to stream here).  The tracks are accompanied by self-produced videos. Talking about the EP, Mags On Earth explains, “I think the whole EP is not about feeling good or bad, it is much more about a mundane in-between-feeling-stuck state of longing for something more, thinking nothing is ever enough maybe. It idealises big metropolis cities as places of potential reinvention and new beginnings.” 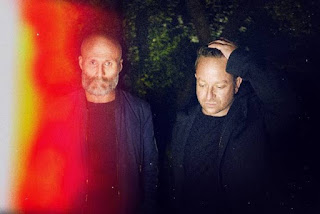 Danish duo Sparkling are relishing returning to music after a long break with new single ’Fractions’ which just come out on 4th February following their recent single ’Say Goodbye To The Ragged Tiger’. The latter set blogs and radio stations alight last year and intrigued listeners with its organic yet futuristic sound.

’Fractions’, as the title might suggest is mathy with an electronic basis. However, whilst others may hunt tightness and efficiency - Sparkling insist on exploring the human aspect of synthesizers and machines. Consequently, most of the parts are played by hand and re-amped in the studio to create maximum depth and to bridge naturally to both the vocal and the additional instrumentation.

’Fractions’ is a song about embracing getting older and becoming more aware of your surroundings and inner life. The character in the track is looking back - in fractions he experiences and feels notes from his life. Above all, the track expresses the strong love that transforms someone from a dreamer flying restless in space to a man on earth.

On the recording process, Jens Christian Madsen of the band says “We wrote the song quite fast and laid down the basic tracks in the studio (the dirty intro beat and the synth lead-motif catching up on the choruses are some of the few elements that have ‘survived’ throughout the whole production process). We penned the lyrics in my summerhouse by the northern coast one beautiful late summer evening. And we were so excited and moved by our own words, that we decided to record the vocals immediately; Carsten singing in the open, under the starlit sky at night.”