March 31, 2019
Last summer Beehive Candy were mightily impressed by Moddi's 'Unsongs' album, and it is with absolute pleasure that we share his new single 'Kriegspiel'. The Maes style of contemporary folk reminds me in part of Kate and Anna McGarrigle, and if that's not a compliment, what is?  Eleri Angharad vocals are a delight as are her songs, the two included below being our case in point. From Australia we have Elisa Kate, another singer-songwriter with that something extra, that sets her music apart. 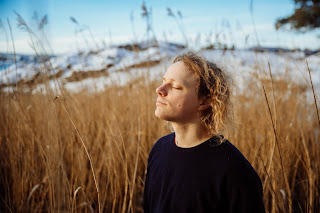 Pål Moddi Knutsen reflects on the influence that previous album ‘Unsongs’ had on the new single; “through the work on Unsongs, I learned that when someone wants you to shut up about something, it is usually something important that they’re trying to hide. Therefore, I wrote this song not only to Frode Berg, but to all who become victims of the politics shadow play”

‘Kriegspiel’ was originally written in connection with the performance artist Morten Traavik's exhibition Borderlines, which was removed last year after a few days in front of the entrance to the Ministry of Foreign Affairs. Moddi even participated in the opening with an explicit statement of support to prosecuted Berg.

“I don't care much about what he has or hasn’t done. He has given everything for Norway, and then one should expect that we also stand up for him” says Moddi further.

The trial against Frode Berg will start next week. It is expected that he will receive a long-term prison sentence. ‘Kriegspiel’ is the second single from the upcoming album ‘Like in 1968’, a celebration of the future hope and everyday activism. 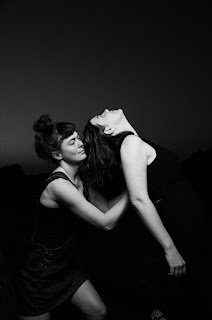 The Maes - Treat You Better

Multi-award winning Melbourne contemporary folk outfit, The Maes (formerly The Mae Trio) have released a sweet taste of their new album with the first single 'Treat You Better'.

This new track from sisters Maggie and Elsie Rigby is an exploration of human kindness, respect and trust in others flavoured with defiant optimism, delivered with gorgeous, Australian-accent driven, a cappella harmonies and frailing banjo.

Maggie says "I wrote this song from a place of anger, I was angry about how I had been treated by someone. When I confronted them about it they told me that I was naive, that it was my inexperience that caused me to expect to be treated better. I thought hard about it and decided that I want to hold on to my naivety if that’s what it is. I want to choose to trust and love and expect humans to be kind and generous and brilliant, albeit flawed and struggling along in their own ways. Elsie and our dear friend John Flanagan helped me to finish the song and it turned into a good old cathartic group sing - one of the best ways for humans to exist together!"

The Maes’ upcoming self-titled record (set for release on Friday 3rd May) is a return to the sisters’ folk music roots. Gentle, intimate and conversational, the album is an unadorned showcase of Maggie and Elsie’s superb songwriting as well as honest, relaxed and stunning vocal and instrumental performances. 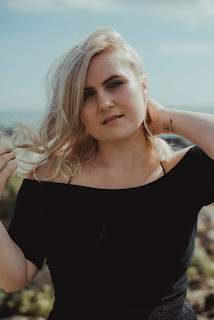 Swansea-based artist Eleri Angharad is thrilled to announce that her debut album 'Earthbound' will be released through Train Track Records on April 12th 2019. Inspired by a North American road trip, where she performed in Nashville, Greensboro, Chicago and New York, Eleri blends traditional US Country Music storytelling with the catchy melodies of modern Pop, drawing influences from James Taylor, Kacey Musgraves and Taylor Swift.

Captivated by Nashville artists, unapologetically spilling their hearts out and telling stories of heartbreak, travelling and coming home, Eleri explores these themes in her upcoming album 'Earthbound'; body of work based on her travels around the US, Ireland and Sweden, co-written with former Catatonia writer and guitarist, Owen Powell and Cardiff based singer/songwriter Naomi Rae.

Tracks include 'This Ship' (October 2018), the story of a stormy breakup, that in its first week gained over 2,500 streams on Spotify. This release also gained Eleri recognition as Swansea Music Hub's Artist of the Week. Her second single Smokey Steel Lights (February 2019) has been described as 'An Americana Dream' by Welsh Sound Board Magazine. 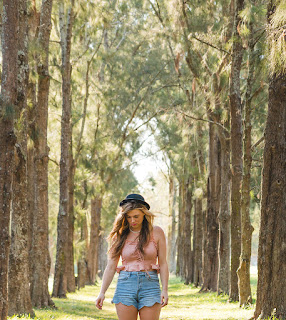 The delightful pop piano invitations of Elisa Kate captivate with her skin deep smoky vocal tone. The warmhearted farm girl strips away the clutter, summoning the light in your soul to awaken. A call to anyone with a dream, Elisa Kate’s latest single, Now or Never invites you on a contemplative journey of personal conviction, that it's time to move out of your comfort zone, and find the courage to follow your own path.

Now or Never's charming hooks, ear catching pop melodies and authentic storytelling are woven together with touches of Ukelele, old school organ, and Elisa’s memorable piano riffs, spurring you to take on that new adventure as the driving pulse builds like a chugging train.

A small town dreamer with a 100 year old piano, Elisa Kate was told she couldn't sing. Little did they know, Elisa gets a kick out of being underestimated, so these comments only strengthened her determination to be an uplifting voice through her music. Influenced by the emotive works of John Mayer and Jon Foreman (Switchfoot), Elisa Kate combines her reflective piano style, with her frustration over meaningless pop music, creating an infusion of bright, stirring, hope filled melodies.