April 01, 2019
Ghost Caravan make their third appearance on Beehive Candy with their distinctive and oh so pleasing musical style and a video that expands on the songs theme. Although we always focus on the music, the video for 'Down By The Tree' from Pearl City is also notable, that said this is one fine song. Rare DM shares 'Jade' a lush and gorgeous synth drenched song, with some beautiful vocals. 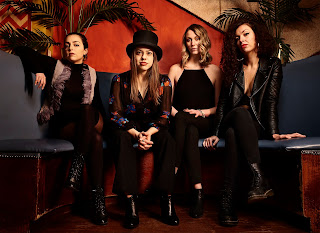 Ghost Caravan - I Wish I Knew (The Words To Make You Happy).

For the “I Wish I Knew (The Words To Make You Happy)” music video, we took the song’s theme of feeling silenced and isolated within a relationship, and translated that to a broader metaphor for women feeling silenced and sidelined in society. You see each musician gagged with red fabric and struggling against this silencing until each finally finds the strength to break free with the support of the other women. It’s a simple message, but a powerful one: “We are here, we will not be silenced and we will stand together." - Ghost Caravan.

Ghost Caravan is a group of collaborators lead by Shaina Silver-Baird. Her “ghosts” are what inform the music that she writes. Whether they are the ghosts of specific people, the ghosts of past loves or the ghosts of experience, this caravan of ghosts is the origin of her songs. “My music is still about dark places, but I focus on finding the light, the moment when you realize your own strength and ability to move forward. I want to be proud to share my songs with young women. There are so many voices in the world telling women how to think and feel about themselves. I want to be the voice that celebrates women.I want to empower and uplift people.”

On her forthcoming record T.O. Confidential, Shaina Silver-Baird collaborated with members of the Weeknd, Grand Analog, Hill Kourkoutis of the Launch, Martha and the Muffins, the Four On The Floor String Quartet and many others. “There were so many amazing artists who collaborated on this project. It felt like a whole village came together to make this record and I’m so grateful to that community. I love creating music with other people.The end result is so much better because of the many points of view, different opinions and experiences that are woven into each song.” 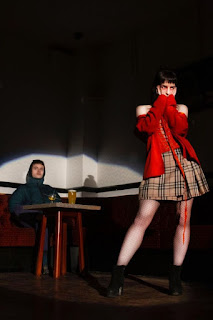 Pearl City - Down By The Tree.

Manchester based electronic-pop act Pearl City (made up of Greta Edith and Nick Delap) have announced their signing to revered UK label Sunday Best (home to David Lynch, Valerie June, Skinny Lister and more) with a deliciously spectral new single and video titled ‘Down By The Tree.’

The brilliantly desolate video was directed by award-winning duo Grandmas, who also hail from Manchester’s fertile art and music scene, and is a bleak yet hopeful portrait of someone struggling with their demons. Set in a Working Mens club in the North-West of the city, the visual features a heart-seizing performance from its central character, who, whilst drinking a pint alone in the pub, begins to inadvertently twist and flicker his body into warped shapes and grooves, creating an unhinged spectacle whilst remaining seemingly invisible.

The song itself touches on a range of themes - from the  turbulent complexity of the human mind to nature’s power to heal and the rapacious one-way relationship we have with the natural world. With a skyward outlook that lets you experience the local wilderness, Pearl City return with the space to build their own dream world. Expect to be hearing more from one of Manchester’s most essential talents very soon. 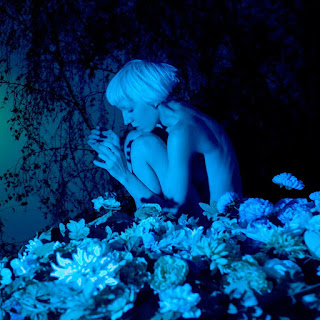 Vanta Black is the debut album from Rare DM, the solo project of Brooklyn singer, producer, and multi-instrumentalist Erin Hoagg.  Following in the shadows of the previously released “Almost a Year” and the more recent single “Caracal,” Vanta Black tackles subjects and moods fit for the titular hue, itself the blackest manmade pigment (currently under exclusive license to artist Anish Kapoor’s studio). Erin’s Billie Holliday-indebted croon lilts with the relaxed calm of someone whose already cried away all the tears they could muster long ago— too exhausted to fret and now comfortable enough in the darkness to blend in with it.

She sings tales of relationships damaged by distance and destructive tendencies, somewhat reluctantly relieved by freedom yet ridden with separation anxiety.  Her pulsating, twilight-lit productions that accompany recall mid-aughts-to-modern-day takes on goth, post-punk, and new wave. Perhaps in a nod to the still-burgeoning live synth and dance scene in her hometown of Brookyln, Hoagg prefers to play her concert sets fully live, all analog, seamlessly blending Octotrack, Machinedrum, triggers, and synth. Rare DM’s debut album is set to release April 12, 2019.