September 23, 2019
Helga has released a collection of five songs on her new E.P 'The Autumn Lament'. Each track is distinct, the moods change as does the level of power or melodic construction and overall this is one very compelling E.P.

The Handsome Bandit have shared a video for 'Believe You Me' a song described as progressive piano pop/rock, I could not put it better I'd just add that it is exceedingly catchy.

It's been some time since we last featured Artificial Pleasure they return with 'Side By Side Together' a hook laden and vocally led alt rocker that is the first taste of their new album due next year. 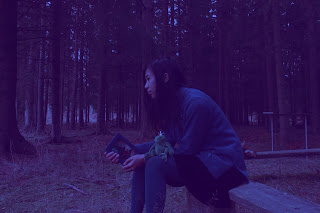 Hailing from the dark forests of Dalarna, Sweden, HELGA re-emerges from the wilderness to release her intense second EP ‘The Autumn Lament’ on September 20th.

Writing from the solitary confines of her cabin with just a guitar for company has given Helga’s songwriting a unique sense of introspection. Employing an eclectic blend of pop, metal, post-rock, goth, folk and classical influences to devastating effect, Helga tells us that the new songs are:

“a musical translation of my inner and physical world. I personally love reverb-drenched music and sounds, drawing inspiration from my dream world, the misty forests, and Swedish folk music.”

In a time when the environment is ever more under threat, it’s only natural that meditation upon the state of the world, while full of beauty, is tinged with darkness and melancholy.

Opening with the previously released pop-goth destroyer 'Mörker' we are immediately transported into a sinister and engaging landscape. Tribal drums, throat singing a la The Hu and ominous strings soon give way to churning bass and razor edged metal breakdowns, with Helga’s haunting vocal remaining a solitary guide through the dark.

Elsewhere across the 5 tracks on ‘The Autumn Lament’ we find Kate Bush meets Opeth influenced tracks like 'Into The Light' and 'Worlds Apart'.

Proving that despite proudly emerging  from black metal roots, Helga is willing to embrace modern pop and folk elements. Distinctly melodic without giving up it’s unsettling character, it makes for an eclectic, unique blend, and cements Helga’s status as one to watch on the dark pop / nu-goth scene. 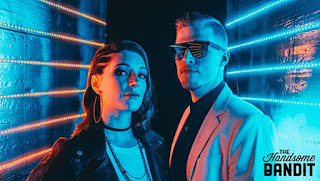 The Handsome Bandit - Believe You Me.

Celebrated as “a refreshingly catchy new band that’s fearless, demands the stage, and charms their audience!” The Chicago Band, The Handsome Bandit discovered its unique cocktail blend of Pop-Rock with a sprinkle of Swing when two creative singer-songwriters merged their artistic passions.

Eric Niequist’s powerful lead vocals and edgy bass riffs weave alongside the intricate piano melodies and warm vocals of Allison Hogan. The Handsome Bandit will have you energized and enthralled with their foot stomping sing-alongs, dynamic ballads, and thunderous anthems!

“Believe You Me” an original work by The Handsome Bandit. This track is progressive Piano Pop/Rock changing tempos and written in compound time. Influencers: Panic!, Fall Out, Queen, Ben Folds, The Dear Hunter 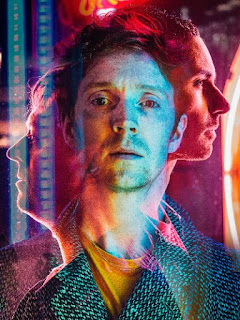 Artificial Pleasure - Side By Side Together.

Mixing style, art school flair and an arsenal of killer songs, London’s Artificial Pleasure made a strong impression with their debut album ‘The Bitter End’. Earning the support of NME, The Guardian, The Independent, The Line of Best Fit, Dork and Clash, the four-piece inspired references with LCD Soundsystem, Talking Heads and Brian Eno while making music entirely on their own terms.

Now Artificial Pleasure have morphed into 2.0 mode as they drop their brand new single ‘Side By Side Together’. It’s the first taste of their second album which will follow in 2020.

‘Side By Side Together’ represents a confident evolution in Artificial Pleasure’s sonic approach. While it plays on their love of the greats of the Stax Records era, their rich textures of synths ensure that the track looks boldly towards the future rather than merely playing homage to the past. Topped by frontman Phil McDonnell’s charismatic vocal and complemented by vocal harmonies from JYLDA and bass/synths from Sam Mason (of Die Mason Die), it’s anthemic future-soul played with the vibrancy of road-hardy touring band.

McDonnell wrote the song in the back of the band’s tour van while driving through Europe at night. It was subsequently recorded with engineer Moritz Kerschbaumer (Foreign Poetry) in his studio in Hackney Wick, East London.

‘Side By Side Together’ is a love song about friendship and the need for unity and kindness in a world that is progressively getting more fd,” says McDonnell. “The long nights, long drives, the hardships, the fun, the falls and high points of touring all bind us together in a way that goes beyond friendship and they are experiences that bond people for life, regardless of distance.”

Artificial Pleasure’s Phil McDonnell (vocals/guitar) and Dom Brennan (synths/production) are life-long friends. By the time they were adults, their individual projects didn’t share much common ground: Brennan was producing ear-bleeding electronica while McDonnell was playing the hugely demanding repertoire of Frank Zappa in a touring cover band. But friendship and a shared passion for music overcame such expectations, and they recruited jazz/funk specialist Lee Jordan to provide the grooves to complete their vision for Artificial Pleasure.

Renowned for their inventive visuals, especially on ‘Wound Up Tight’ which pushed McDonnell’s endurance to the max, Artificial Pleasure also gained respect for their theatrical life show - a confrontational mix of Sid Vicious hedonism and Bryan Ferry suave. 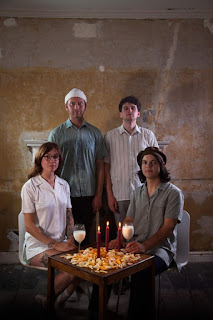 Mr Ben and The Bens share the video for their recent single "Transmissions", taken from the forthcoming album Who Knows Jenny Jones? which is out on 25 October via Bingo Records. Mixing psychedelic indie-pop with funky Chic-style bass-lines, the song is a danceable cosmic disco number. The video follows Ben as he dishes out free basslines to the unsuspecting public of Sheffield.

"Transmissions" is a pivotal track on the album, which is the story of a shrinking violet called Jenny Jones in 1970s Sheffield. The song is about Jenny’s abduction by aliens in a graveyard where the aliens impart disco knowledge to her through signals transmitted via a sensory deprivation tank.

Mr Ben and The Bens is the brainchild of polymath Ben Hall. The record is an experimental pop exploration of a kitchen sink narrative with a celestial twist. Originating from Lancaster’s thriving co-operative scene (home to The Lovely Eggs among others), Ben is now based in Sheffield and his adopted city has had a profound influence on the concept of the new album.

Mr  Ben and The Bens head out on tour in October, starting in their hometown of Lancaster and ending in their adopted city of Sheffield.