September 24, 2019
Kristina Stykos has released a new album entitled 'River Of Light'. The country/folk singer has delivered a superb collection of material where the lyrics take you on a variety of journeys. The music can be gritty, stripped back or warm and exuding Americana rock styles, what remains at the centre is Kristina's unique vocals that convey emotion, determination and more, and the comparison to Patti Smith is a fair one albeit more regarding the delivery than the sound. With thirteen songs this really is a musical feast to enjoy.

We have to go back over two years for our only other feature for Brudini that said, the new song 'Pale Gold' adds credence to the old cliche "it was well worth the wait". The musical arrangement is simply wonderful and Brudini has distinct and captivating vocals, put simply I can't wait for the November album release.

Ted Z and The Wranglers return just weeks after our first taste of the bands music with new song 'Corner Store'. Once again the classic country rock vibes are everywhere, the bands instruments spar with each other and the feel good nature is notable. 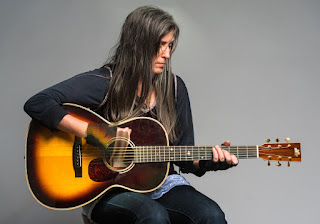 In 2017, Stykos was diagnosed with spasmodic dysphonia, a disorder that
makes speaking and singing difficult or even impossible. That doesn't stop Kristina from continuing to write and record new music; it simply changes how she does it.

Stykos describes the album "River of Light" as 'an exciting departure from anything I've done before.' "I'm a poet-musician working at the outer boundaries of the music industry, and I believe that we can all take control of our own message."

Kristina solidified her launch as an audio engineer in 2008, earning a certificate in studio production from the Berklee School of Music. As of 2019, she holds producer credits for upwards of 30 albums created at her hill-top recording loft, Pepperbox Studio: a solar, wind and generator powered, fully off-grid facility. She is also founder-owner of a small, Americana label, Thunder Ridge Records.

A demo of the song was written 5 years ago, and in a world that seems to be turning darker, the narrative turned out to be strangely prophetic for the artist, who was once an owner of Soho´s tiny literary-bohemian bastion The Society Club.

“The release coincides with the UK leaving the EU, and me ultimately abandoning London, the liberal, multi-cultural bastion which has been my home for the last 13 years. And the song echoes my sadness over both these events, yet maintains a sense of hope for a new future and shift in my priorities as I return to my homeland, Norway, to be closer to my three year old daughter.”

Pale Gold is the 3rd single from forthcoming debut album From Darkness, Light which is due for release in November. It follows the critically acclaimed singles Reflections and Emotional Outlaw.

Growing up amidst the mountains and fjords of Bergen on Norway’s southwest coast, with a Norwegian father and a Thai mother, a sense of otherness, of not quite fitting in, led Brudini to travel. To Tokyo, to Paris, to New York and eventually to London and the high-stakes world of city traders. A world of huge wins and heavy losses – lucrative but not entirely fulfilling.

While his daytimes were spent in the rapid pace trajectory of a modern capitalist society, evenings were increasingly passed in Soho, amidst a world of artists, musicians, performers and poets. A chance encounter with Babette Kulik eventually lead him to become part-owner of now legendary bohemian-literary Soho outpost The Society Club. As part of this hidden, free-spirited scene of creatives, Brudini began to conjure his music - singing in underground venues in Soho and Hackney armed with guitars, piano and analogue synthesizers, flanked by a rhythm section of local jazz musicians and drawing praise from NYC punk legend Danny Fields (Iggy Pop, Jim Morrison, The Ramones) in the process. 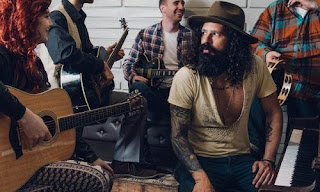 Ted Z and The Wranglers, of Southern California, deliver outlaw country-charged rock. Ted's catchy story-songs are fully-realized tales of love, regret, getting older and getting in trouble. The band stirs up it's Americana influences, featuring quick picking and bluesy slide guitar over galloping train beats and swinging shuffles.

The Wranglers are Collin Mclean (bass), Jackson Leverone (lead and slide guitar, vocals) and Jordan Lipp (drums). The band has honed it's sound on big stages and in biker bars alike. They get audiences dancing and bring them back for more. 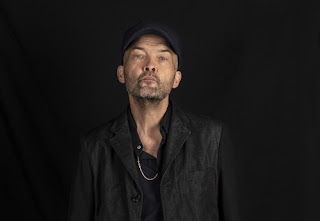 Completing a compelling trilogy of albums since his late-flowering return to solo songwriting and singing six years ago, Ben Watt releases his fourth LP, Storm Damage on January 31, 2020, and with it a new sound and fervency. The first track to be shared is "Sunlight Follows The Night" with an accompanying video by award-winning film maker Rahim Moledina, who wrote and directed the video for the title track from Watt's album Hendra in 2014.

"Dawn always breaks out of darkness," says Watt of the song. "For all the struggle there's always a way out."

"I needed a fresh approach," says Watt, 56. "The album came out of an intense period of personal anguish and political anger. Sometimes repeating yourself musically feels disrespectful to the sharpness of your feelings. You have to search for a new way to capture the energy."

Across four decades Watt has maintained a committed forward-looking course, from the ardent echo-drenched folk of his early solo work with Robert Wyatt, through seventeen years as musical mainspring and co-lyricist in the best-selling Everything But The Girl with Tracey Thorn - and ten at the helm of his smart electronic label Buzzin' Fly - to his recent moving non-fiction and mid-life solo albums, the award-winning Hendra (2014) and Fever Dream (2016).

New album Storm Damage is no exception. Sonically adventurous, lyrically detailed and engaged, the album - written and produced by Watt - is a personal journey through anxiety and change cut through with an insistent defiance.

"My closest half-brother died unexpectedly in 2016, only four years after my half-sister," he says of events surrounding the album's origins. "I got stuck for a year, angry inside and angry at the political world casually detonating around me. I felt half powerless, half driven. When the songs finally came, some were dark, yes, but there is always room for light. Always. I just tried to put that across."