September 28, 2019
Hunting have just shared 'Whatever You Need'. It's a mixture of alt and electro rock with a smooth flowing vibe and plenty of upbeat energy.

From Ruthie we have 'The Tide' ahead of her debut EP ‘Universal Heartbreak Now’ which follows in November. It's beautiful and melodic pop that is gorgeously arranged.

Understated and dreamy psych rock comes our way in the form of 'I Love My Friends' by Martian Subculture. It's also quite hypnotic. 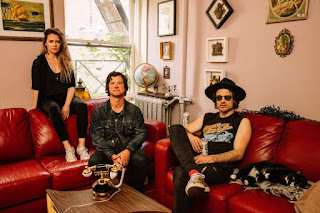 Hunting - Whatever You Need.

"For me, I met that person right before leaving town to live in Europe for two months to write songs and try to catch Bowie’s late 70’s Berlin vibe.  Though, all the while I felt like it’d be way more fun if she was there tripping around with me.  The lyrics ‘We’ll get high on our Fame, all stoned on our vain’ is a reference to what it must have been like to be Bowie and Iggy Pop lighting up that city."

Hunting is barely recognizable as the same band that released a debut album five years ago: it’s gone from a solo project to a trio, from folk to catchy electro-rock, and from wistful melancholy to buoyant exuberance. All this can be heard on the group’s sophomore album, Whatever You Need, due out in summer 2019 via Nevado Music.

Songwriter-producer Bradley Ferguson initially intended the album as a quick follow-up to 2014’s rootsy Hunting LP, but the initial sessions stalled. Instead, Bradley put Hunting on the back burner: he produced an electro-pop LP for Vancouver vocalist Jessicka, and acted as a bassist-for-hire in an array of projects.

Hunting eventually got back on track with the addition of two new members: Jessicka came on board as a full-time backing vocalist, while songwriter Dustin Bentall joined as a co-frontman. “We went back and started the album from scratch,” Bradley remembers. “We decided to approach it in a more organic way. I had been editing it to pop perfection — but then we breathed new life into it and it came together really quickly.”

Dustin Bentall is a well-travelled troubadour in his own right, and he contributed five of his own songs to the recording sessions at Afterlife Studios. Dustin says, “I had this batch of songs that weren’t really going to fit my next record, and I realized they worked seamlessly with Hunting.” 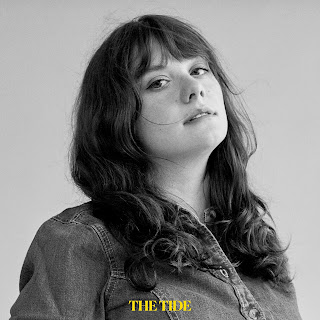 Blessed with the ability to conjure challenging emotions into melodic and engaging pop, the hotly-tipped Ruthie shares her brand new single ‘The Tide’. It’s the first track to preview her debut EP ‘Universal Heartbreak Now’ which follows on November 22nd. It follows her three independently released singles ‘Land of My Lover’, ‘Spirit Now Moves’ and ‘What Kind of Woman’.

With ‘The Tide’, Ruthie expresses bittersweet feelings with a sweeping beauty that elevates the mood of the moment. Set to a dreamy backdrop of modern pop and country-tinged folk, it drives to a crescendo in which her multi-layered vocal harmonies surge to create a choral wall-of-sound. Ruthie’s style echoes the likes of Angel Olsen and Jenny Lewis back to Fleetwood Mac and Joni Mitchell, while her distinctively English accent adds a unique touch.

“‘The Tide’ is another banger about feeling terrible,” says Ruthie. “It’s about sitting in my room feeling lonely, like the sea had just spat me out onto a deserted beach. It’s definitely melodramatic and now I can’t remember ever feeling that way, but that’s the alchemy of songwriting: you can crystalize a feeling that becomes an object to look at rather than an overwhelming tidal wave. I also wanted to echo a very classic country music narrative of ‘Once I had everything, but now I’ve lost everything.’”

The four-track ‘Universal Heartbreak Now’ EP represents the biggest statement of Ruthie’s career to date. Eoin Loveless of Drenge contributes haunting duet vocals and psychedelic flavoured guitar to ‘No One On This Earth’, while all four tracks were mixed by Chris Coady (Yeah Yeah Yeahs, Future Islands). The songs were all written with Ruthie’s creative collaborator Ben Lewis.

Ruthie’s timeless, lovelorn songwriting has enamoured a growing following. She’s gained wide-ranging airplay including Radio 1, Beats 1, 6 Music and BBC Introducing at home along with daytime spins at triple j and double j in Australia and New Zealand. Key playlist adds include Spotify’s New Music Friday UK, Amazon’s Fresh Indie plus lists curated by NME, Dazed and DIY. Add Nylon and Wonderland to an ever-growing range of backers and it’s clear that Ruthie is on the way up. 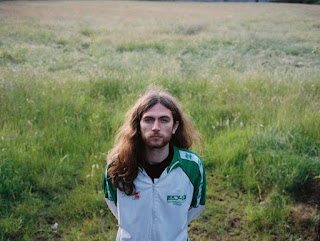 Martian Subculture - I Love My Friends.

"I Love My Friends was written in the midst of a lot of my friends and I growing up really fast for many different reasons.

It’s basically a love letter to all those who have kept me occupied with dumb s throughout long periods of very very dull s. There’s also a line in their about a friend of mine naming her cat ‘Lofi’" -Martian Subculture

From his base in Ireland’s Limerick City, Martian Subculture creates leftfield, lo-fi psych rock. An eerie, restrained vocal is surrounded by kooky, comatose guitars on tracks that oscillate between themes of love, loneliness and interplanetary exploration.

Recorded alone in a bedroom studio, Martian Subculture introduces his latest single “I Love My Friends” as another invitation into a new sonic universe. 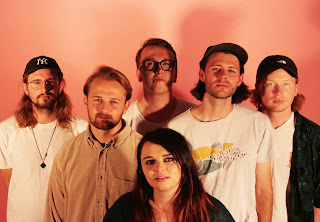 As life progresses, various pressures and influences, both internal and external start to pull you in a myriad directions, requiring choices to be made on a personal plane. Resolving yourself to an unyielding whole and accepting the best way to deal with these changes is the theme of hazy Canterbury psych-pop band Tokyo Tea Room’s mesmeric new single ‘Things Are Changing’. The sonics are reminiscent of bedroom-pop artist of today in MUNYA, Men I Trust or Inner Wave as well as taking cues from Tame Impala, DIIV and Mazzy Star.

Primary songwriter Daniel Elliot elaborates on the meaning behind the track: “‘Things Are Changing’ is about recognising yourself growing up, seeing yourself change and trying to find a balance. The lyrics are telling a story of someone discovering their own flaws, analysing them and moving forward.”

It’s a relatable theme, and has great synergy with the group’s approach to song-crafting and production. Deciding on a fresh start at the beginning of 2019, and realising how much their sound had matured, the band removed all their previous output from digital services, choosing indeed to move forward in their new sonic direction.

This bold approach however hasn’t stopped Tokyo Tea Room achieving success on a wider level including live slots alongside Wolf Alice and Super Furry Animals, acclaim on key tastemaker site The Line of Best Fit and spins on audio indie bible BBC 6 Music. As well as this they’re rapidly building cult following in the hazy corners of YouTube and Spotify, resulting in over one hundred thousand plays in six months on Spotify alone for the last two singles.

A key tenet of the band’s approach is their focus on aesthetic, which is strong and consistent throughout, and unique whilst holding a candle to the canon of psychedelic and shoegaze pioneers they take inspiration from. For this release, they have teamed up for a forthcoming music video with established Brighton-based visual artist InnerStrings, a well-known figure in the Psych scene who has previously been involved in events such as This Is Psych Fest, and this year’s Bella Union’s Great Escape Festival showcase.