September 14, 2019
Sofia Härdig has shared a new song entitled 'Infatuation'. We've had the pleasure of featuring Sofia a few times since 2016, her feisty and passionate rock always stands out, and with a new album on the way (The Big Hush) it's a welcome return for this energised rocker.

From Hazel Mei we have 'It Is(n't) Real' a highly desirable indie folk song. There is a little hint of jazz and indie rock in the mix which gives the piece some real edge as do the musical hooks.

Franco-Brittanic (that's French-English - but you know that) artist Anna Farrow has just released a video for 'Boys & Girls'. It's a vibrant pop song and charming video, I am guessing the original promo was written in "Franco" and even with a little spell checking by us, it still brings a smile to my face. 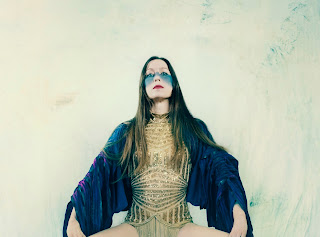 Swedish-born multi-instrumentalist and producer Sofia Härdig returns with her latest album ‘THIS BIG HUSH’. With squalling guitars and vivid colours Härdig creates a cinematic vignette delivered through the poet’s eccentric palette of rock & roll, playing and producing the entirety of the album. Sofia brings chugging energy, intense lyricism and a chaotic presence; she’s heading for a higher status amongst rock’s elite, and comments on the moment she met Patti Smith; “We met backstage at her gig in Stockholm and she gave me tickets to her show. We spoke about art, music and what it means to be an artist. She was generally very supportive and attentive; it was a beautiful moment sharing poetry and words.”

Talking about her fourth full-length, Sofia said “I recorded this album with the band in less than three days live in Tambourine Studios in Malmö. The vocals were all done in one day, a lot of them are even kept from the original live take. Part of the process is that my electronic demo making has become so thorough and time-consuming that they have been good enough to be released. Since they are out in the world and out of my system, I can break free and do something different with the band, and not the same thing all over again. We never play the same tempo, same length, they follow me where I lead them… this is THIS BIG HUSH”

With heart-pounding guitar riffs, rock & roll sensibilities and Siouxsie and the Banshees-esque vocals, her latest single ‘Infatuation’ pays homage to post-punk pioneers. Sofia tells us “I built this song on a riff that I really loved, building up a groove and then adding backing vocals and playing percussion with whatever I found lying around in the studio and studio kitchen. I used film reels, a serving bowl from IKEA, egg, yar, a knife and fork, to creating an overall feeling of skating down Sunset Boulevard in a Mohikan with a ghetto blaster on your shoulder”.

Having worked with the likes of Stevie Jackson (Belle & Sebastian), a few members of Free Kitten, Sofia is no stranger to the live circuit and previously shared the stage with many other experimental musicians such as Ikue Mori, Yoshimi of The Boredoms, John Tilbury as well as Swedish Grammy Winners bob hund and The Hellacopters, among others.

At the age of nine, Sofia began playing in bands and shortly started touring, even playing a solo performance in New York’s iconic CBGB’s music club.  Hailed ‘the rocktronica queen of experimental music’ in her native country, Sofia remains truthful to her artistic sound, explaining "I find beauty in flaws and that which is not perfect is what excites me, I love the unusual, the unexpected, untrained and unplanned… I hope my music portrays that in its sound"

New album ‘THIS BIG HUSH’ will be available on all platforms, digital and physical, from the 5th November 2019. 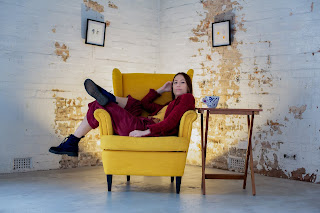 Floating down in a breath of fresh air, Hazel Mei's angelic blend of indie folk and alternative shines bright on her new single 'It Is(n't) Real'.

Beautifully eclectic, cozy, and quaint, 'It Is(n't) Real' eases listeners into an introspective depiction of  Hazel's inner struggles. Contrasting the soothing, jazz-tinted underlay, Hazel harnesses a raw expression of vulnerability, lamenting on freeing her mind from the insecurity which affects her ability to admire the beauty of her surroundings.

"The lyrics are written from the hopeful side of myself as I prepared to take on the next chapter with more confidence, whilst romanticising the new relationships and experiences that awaited me," Hazel describes.

It seems Hazel was always destined to become a singer/songwriter; from an early age, she was glued to the piano with The Beatles and Norah Jones for inspiration. Now looking to the likes of Thelma Plum and Gretta Ray, her captivating storytelling is a stunning bi-product,  with the maturity of her sound proving to be particularly stirring considering this is only her second release.

We can now share the latest music video "Boys and Girls" by the French-English singer Anna Farrow.

"In her ambitious new venture with a pristine repertoire the Franco-Brittanic Anna Farrow cares little for convention.

Her natural approach to this heart felt music allows her to choose not to choose : blending exotic perfumes with swaying rhythms, instinctive jazz/folk, neo nude. Anna is smoothly accompanied by the perfectly synchronised trio. The young lady lavishes in vibrant light for her moving after hours presentation." 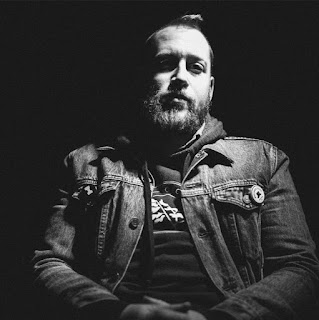 B.Knox didn’t just have a hidden talent; he was a hidden talent, until now. A school teacher, who wrote songs for himself, only in 2019 did he consider a career switch to music.

His first single Deep Dark Love gained international attention with airplay on SiriusXM, CBC Radio, placement on top streaming playlists and future in-store airplay in stores like Starbucks (worldwide). He returns this summer with his new single ‘Corners’, a reflection on life and the choices we make. The B-side, ‘Stars and Burnt Bridges’ continues on the thematic and poetic themes of love, loss, and life.

With his debut album Heartbreak & Landscape, a rootsy, imagistic, alt-country masterpiece set for release later this year— a new Canadian storyteller has emerged.