Annabel Allum - Wojtek the bear - Frankiie - The Channel - The Switch

September 13, 2019
Yep we are featuring Annabel Allum again, this time we have the brand new E.P 'Gravel Not The Grave'. We have already featured three songs from the collection and a couple of days ago she added 'Baby Berlin' as another separate release, anyhow it's good to have the full E.P. from this very talented multi-genre artist.

Wojtek the bear have been featured here in the past and today's release 'slow tv' is a splendid and upbeat pop song where the musical arrangement and vocals are oh so refreshing.

Frankiie return for a third time on Beehive Candy with 'Funny Feelings' and once again their mixture of indie dream rock is notable to say the least, this time there are some surf vibes thrown in for good measure and the hooks are everywhere.

We have the new single 'Days Ind' from The Channel a family band where the music might be produced between work and looking after their young ones, however they create some absolutely charming and extremely professional music. 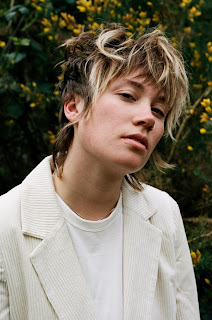 Annabel Allum’s startling development from punk-folk roots to slacker-pop sensation continues to gather pace as she gears up to release her new EP Gravel Not The Grave, out 13th September via cult London label Killing Moon.

Thematically linked all the way through, Annabel uses each song to tell a short story, all linking together to weave a treatise on personal and societal change. She documents the listen as such: "You are immersed in the process of revolutionising one's life. Conceptually it’s about getting up and changing the thing you’re most miserable about, whether that be an unhealthy relationship, political injustice, or addiction."

Swapping shows at local pubs in her hometown six nights a week for acclaimed performances around the world, it’s becoming increasingly difficult to ignore the rise of the emerging songwriter. Her glaring potential continues to show few boundaries, with the Guildford native’s fierce indie licks scrawled across an expanding punk repertoire of vital, snarling songs that resonate deeply throughout her growing fan base.

Long marked out as one to watch, the swell of praise for Annabel Allum from all corners is resounding. Long-time championed by BBC Radio 1 (Huw Stephens, Jack Saunders), she’s hit the daytime playlist, performed a live session at the iconic Maida Vale studios and featured on their SXSW stage, a festival she’s now taken by storm twice. Other notable shows include a dream-come-true emotional performance at Reading festival, as well as The Great Escape & Live At Leeds.

Tours with Nadine Shah, Alex Lahey and Beth Ditto have been the perfect way to cut her teeth in the presence of esteemed artists, each offering their own sage advice, with several more opportunities lined up this autumn. She’s now passing on her own influence as a growing artist by curating her own Perceptible Festival in Guildford this September.

Press-wise, commendation is significant, key praise coming from FADER, DIY, The Independent, The Line Of Best Fit, Clash and NME, who named the British singer-songwriter as one of their top discoveries at SXSW earlier this year. Beyond music Annabel keeps a well maintained, genuine aesthetic – leading to deals with indie clothing companies Bastien Classics and Cheap Monday. She has also had acoustic tracks included in feature film Spaceship (BFI, BBC). 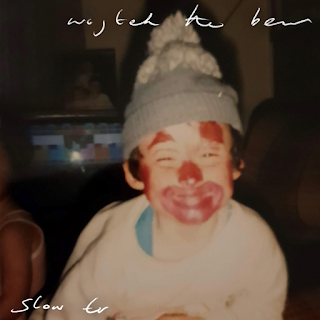 Scottish Fiction are delighted to present slow tv, the new single from Glasgow's five-piece wojtek the bear. slow tv is the third of four singles being released by wojtek the bear during 2019, all of which will be collected on a limited edition 12" vinyl, old names for new shapes, in November 2019.

As with their last two singles, slow tv was once again recorded with acclaimed producer Jamie Savage at Chem19 Studios [The Twilight Sad, Miaoux Miaoux, The Phantom Band, RM Hubbert].  With slow tv, wojtek the bear chart a course through upbeat pop melodies, driven by a C86 influenced guitar line and a chorus hook so infectious it should come with a World Health Organisation warning.  In true Scottish fashion however, the uplifting music is juxtaposed with a somewhat morose underbelly.

The song was inspired, as many are, by past relationships, especially those ones where at their close you no longer have any connection to the other person.  Lead singer, and chief songwriter Tam Killean explains, "I guess the track is a rumination on the total opposite ends of the spectrum you can end up at with people you've been in relationships with.  There are people I've been with before who at the time are your entire world, yet now if they got wiped out by the 267 bus to Possilpark, I'd probably only find out about it if it was in the Evening Times the next day."

Accompanied by a gruesomly hilarious video by Scottish artist David Galletly, slow tv will be released digitally on all platforms on today, 13th September 2019 via Scottish Fiction. 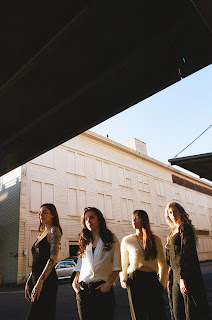 Frankiie is a Vancouver-based indie dream-rock group. With live shows from Mexico City to Haida Gwaii, an east coast tour supporting The Charlatans UK, and recording with Jason Corbett of Jacknife Sound, their journey over the last year has been non-stop.

Ahead of their upcoming album, Forget Your Head (out on 9/20 via Paper Bag Records), the band have shared new single/video "Funny Feelings."

“Funny Feelings" embraces the surf-rock sound the band found through exploring tone and working with new guitars and pedals, as the ominous yet playful track encourages the listener to “feel your intuition.”

It’s lush, full band instrumentation recalls the group’s live show, where each player imbues the group with strength and the joy they find in performance. 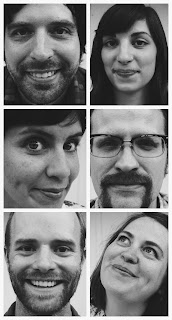 The Channel is excited to announce their new single "Days Ind" and the release of their fourth album, Multi Goods & Services, which was recorded in various band members’ bedrooms, bathrooms, and closets over the course of the last seven years in Austin, Texas.

The band, comprised of three siblings and their spouses, shares songwriting credits between Brent & Colby Pennington (brothers), Heather McAllister (sister), and Heather’s husband, Andy McAllister. Each songwriter and contributor brings their own unique voice to the mix, with influences ranging from the Everly Brothers to Sebadoh.

Music is a passion and not a profession for The Channel, so recording had to be squeezed in between working their day jobs and taking care of the new babies that were born during the album’s making (five in total). This relaxed and leisurely approach gave the members of The Channel a creative escape during one of life’s busiest seasons, while simultaneously creating their most accomplished album to date.

Lead single "Days Ind" is a song Colby wrote 23 years ago about a long night shift all alone, feeling abandoned in multiple ways, but hoping love could fix it all. 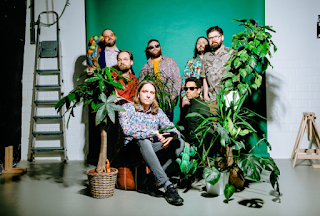 The Switch - Spring In The Forest Of Time.

Following the outfit’s previous bodies of work “We’re Fooling No-One” and the Norwegian Grammy-awarded “The Switch Album”, they return with fifth full-length “Birds of Paradise”. Lead-vocalist Thomas Sagbråten and co-author of the bulk of the album says “We tried to make a musical universe with slightly different laws of nature than real life. A bit less gravitation. The air is thicker. It’s hyper realistic, but also unreal.”

From budding seeds to the overarching themes of this viridescent volume, the septet hones something every-bit stylistically varied, surrealistically inclined and tactile, like a brightly plumaged exotic bird lost in the upper stretches of the northern hemisphere.

With its soft vocals, and casino-style jazz undertones, ‘Spring in the Forest of Time’ isn’t confined to a single genre, with parts that seem to almost incorporate Muzak – that’s ‘elevator music’ in layman’s terms – through it’s odd time-signature and syncopated instrumental and percussion melodies.

The last single before the release of ‘Birds of Paradise’, the band says it’s the most hi-fi record of the album, and lyrically Peter Vollset daubs surreal brushstrokes; “The forest of time is budding now, tiny moments on every branch, they’re waiting to have their moment in the sunshine of your mind.”

Sound technician and repeat The Switch-collaborator Christian Engfelt (Serena Maneesh, Fieh, Band of Gold etc.) decided to make this his most meticulous work with the band yet, blowing by every self-imposed deadline in a year-long on-and-off series of recording sessions which resulted in an extraordinary sounding album; coherent and tight, but with great attention to detail.

The Switch was formed in 2010, made out of members from Oslo’s jazz, indie, artrock and folk scenes. They started out playing pretty regular pop rock, thinking that Norway, and this part of the world in general, produces an overflow of eclectic and hyphenated quality music, so someone had to deal with the basic stuff. The Switch decided to start in the dead centre, the almost generic, and work their way out from there. Slowly but surely the songs got more ambitious, the arrangements followed, the productions value had to step up and so forth.

Their debut album “Big If” (2014) was an eager meditation on psychedelic west-coast pop, the follow-up “B for the Beast” (2015) was an atmospheric prog homage to their hometown of Oslo, “We’re Fooling No One” (also 2015) made forays into the more painterly and improvised corners of the pop and ““The Switch Album” tried to get at the core of “classic pop-rock”: crystal clear sound, deft melodies, precise harmonies, sheer-drop middle eights and get-to-the-point storytelling. It was the band’s most successful album to date, it was included in several album of the year charts in Norwegian newspapers and got them a Spellemann - the Norwegian Grammy equivalent - in the indie category.