September 18, 2019
The Hengles first appeared here just three months back when we described their music as melodic and refined pop. The new song entitled 'Those Who Stay Behind' is cut from the same cloth, this band clearly know how to create gorgeous pop.

Tim Holehouse shares 'Aveiro' accompanied by a video. His vocals are wonderfully distinct and the musical arrangement and harmonies make this an outstanding alt country song.

It's a month to the day since we first featured Miriam Clancy with the song 'The Bells' from her keenly awaited 'Astronomy' album. The follow up track 'The Sound' is a lush hook filled piece with synths, a distinct drum beat and smooth melodic vocals collectively working wonders.

Genre defying and beautiful, the new song 'Nudes' by Beija Flo really does up the creative stakes. Personal and passionate, I could easily play this song to often, but it's one to make last, until she surprises us again, something I feel Beija is rather good at. 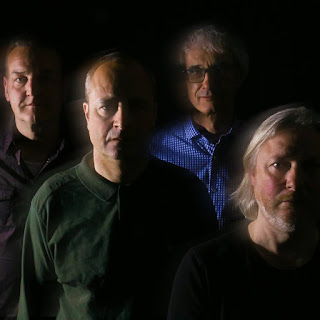 The Hengles - Those Who Stay Behind.

The Hengles do it again! The beat won’t stop for The Hengles! On their fourth single Those Who Stay Behind they show their reflective side. We’ve all been there and always will be.

Let yourself be overwhelmed by the rich, melodic Hengle sound on this fine recording, carefully crafted for you in their own Hok-P Recording Studio near Amsterdam. So, tune in, have a listen and hear for yourself!

Their first three singles Wintertime, So I Say No and (I Dream Of) Jeannie immediately landed on the Dutch Spotify New Music Friday playlist and Apple Music Best Of The Week, and got airplay in The Netherlands (13 weeks on the national radio playlist already), Germany, US and The Phillippines. 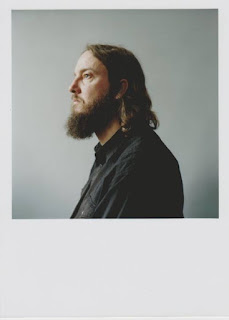 Recorded with a string trio, pedal steel guitar and various instruments at Silent City Studio with Robert Hobson - who is known for producing more harsh albums including those of black metal band A Forest of Stars (two of whom appear on this record) - over August 2017. It's a real departure and adventure into new sonic territories for all parties involved.

The album was written over a 5 year period, initial demos started when Tim was writing previous albums Odd/Even and Hail. These were then sculpted over the next 5 years with arrangements and further demos. It was a real labour of love to make this album as perfect as possible, with maybe a little look back to earlier album From The Dawn Chorus to make sure it was not rushed. Patience paid off.

Those who have heard the album in early play backs have drawn comparisons to The National, Leonard Cohen, Smog, Lambchop, Bonnie Prince Billy (who the song Prince of the Palace is tribute to) and, perhaps rather unusually, Tony Bennett. Almost narrated stories unravel through string-laden and various sounding pieces.

Come was recorded during two weeks by Tim Holehouse and Robert Hobson. Tim lived in the studio, sleeping on the studio's couch or floor when his brain would allow him to sleep. The album features Katie Stone (violin and backing vocals) and Rick Blakelock (drums) from A Forest of Stars, Tim Loud (double bass) from Bootscraper and also a former solo touring tour mate, virtuoso violin player Kieran O’Malley from Spirit of John. Florence Fawcette provided some lovely cello lines, James William Boston played some wonderful piano on it and last but not least the amazing Benjamin William Pike provided pedal steel guitar.

Tim Holehouse was born in Dorchester and raised in Portsmouth. Having graduated from the University of Plymouth with an honours degree in music (despite not actually being able to read score) Tim has spent the last 13 years pretty much full time on the road playing 250-300 shows a year touring not only in Europe but all round the world. Drawing inspiration from many sources and styles of music he never likes to be typecast. 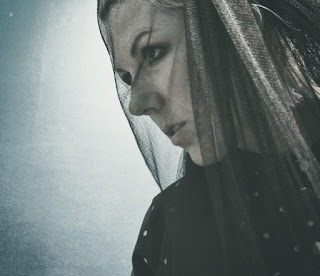 New Zealand-bred, NY and PA-based singer/songwriter Miriam Clancy released a video for "The Sound," the second single from her upcoming LP, Astronomy.

"You might feel transported elsewhere," American Pancake writer Robb Donker exclaimed about the single. "Miriam Clancy's delicious and emotional aesthetic married with deep cut bass and drum grooves and dreamy synths will most certainly move you."

Astronomy is Clancy's first official full-length album stateside, but serves as a reintroduction and a reinvention to her predominantly New Zealander fanbase, who last heard Miriam on her 2009 LP, Magnetic. Astronomy's ten songs represent a cathartic fork in the road borne out of existential crisis, including her and her four children's move to the US earlier this decade. 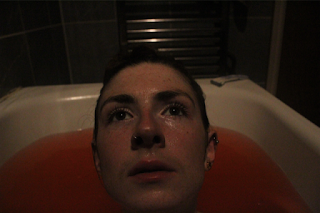 Beija Flo returns with thoughtful and provocative new single ‘Nudes’ on 17th September. She plays The Waiting Room in London on 4th October.

A true polymath, Beija Flo, has crafted her own universe, pulling together elements of activism, performance art and education. Impossible to pin down, her sound is one that encompasses everything from open hearted balladry to acerbic punk. Tackling everything from love and relationships through to mental and sexual health, she is truly an artist for our times, juxtaposing her darkest moments against those of enduring hope.

Telling her story through her songs, she lets us into her world and teaches us not to be fearless, but to wear our insecurities as warpaint: to accept our differences, embrace our similarities and to live our lives as true and as vibrant as possible. To witness Beija Flo live is an unforgettable experience. Songs, performance and costumes aside she provokes a conversation that many would shy away from. Having discovered she was born with MRKH Syndrome when she was in her late teens, and as a young woman, coming to terms with the fact that there was little in the way of support or even relevant information to help her come to terms with how the condition would affect her: Beija Flo’s reality is weaved through music and the narrative she shares with an ever growing audience.

“Life is a series of shifts. People visit. Some leave gifts behind. Some litter. Some decimate. The brain and the body has become a personal jungle; dangerous and eerie at night-time. Nudes is loneliness in limbo. Nudes is anguish. Nudes is trust. Nudes is doubt. Nudes is fear. Nudes is exhaustion. Nudes is therapy. Nudes is mine.” - Beija Flo

‘Nudes’ is the third song to be released by Beija Flo. It follows previous singles ‘One of Those Things’ and ‘Mary’, two polar-opposite sides of the artist. This new offering strips back the stage paint and leotards, allowing Beija Flo to explore the relationship she has with her body. Despite how we feel about ourselves, ‘Nudes’ serves as a reminder that when everyone leaves, our body is still there, even if we feel let down by it, it is still our constant companion.

An Essex-native, Beija Flo now calls Liverpool her home. Involved in lots of happenings  in the burgeoning arts scene, she is a regular life-model, part of the Eggy Records fold of exciting bands and artists, a member of performing arts collective The Secret Circus and recently did her first spoken word performance at the Everyman Theatre as part of Violette’s ‘Word’ (Previous performers include Selena Godden and Emma Warren) Spontaneous and with an undying lust for creative output, it’s impossible to say what she’ll turn her hand to next.

Accompanied by poetry along with self-portrait photography and illustrations, ‘Nudes’ allows Beija Flo to showcase her artistry in different ways. No one-trick-pony: this new single can only whet our appetites for what is to come. 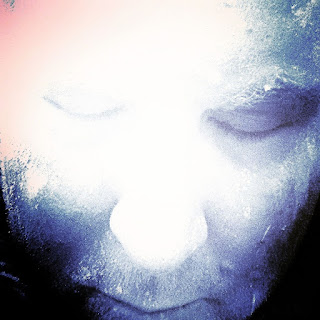 Richard James Simpson is the brother of the late Rock Halsey from the infamous L.A. punk band Rock Bottom and The Spys (which included Ygarr Ygarrist of Zolar X); and son of actress Renate Huy. Former member of alternative band Teardrain, Simpson released his debut solo album 'Sweet Birds of Youth' in 2017, getting excellent feedback on international music press.

"The Giver" is the eleventh song off of Richard James Simpson's album "Deep Dream." It begins with a computer speaking to a docile public the words,"Your child needs rest. Your child needs you to rise," as if educating them on the obvious. It continues to exhort human beings to re-examine their current path.

We have become deluged by A.I. and apathy, cut off from nature and the divine  - and hence one another. In this hyper-surveilled society of wire tapping, voice-sniffing technology, and bio-metrics, the public takes its marching orders from the almighty technocracy. The song reveals philanthropy as more of an an inanimate object than action, in a world in which the suffering of others is seen as something to be viewed in the abstract.

We are faced with individuals who congratulate themselves for just thinking about suffering, instead of actually working to eradicate it. The computer continues with its surreal soliloquy about televised wrong pearls, heatwaves and vulture vanity shows. In the end, it mentions an unknown entity called The Giver. We are told that this world is not ready for The Giver, that they seem to want can't instead of can, and they are not ready for The Giver... they are not ready for the diamonds to turn into dust. In this parable, truth is the hardest pill to swallow. Mala tempora currunt, these are wicked times