September 17, 2019
Millington just released 'I Am That' a fabulous indie pop song where his vocals are simply wonderful and the songs positive and catchy nature just so likable.

With six fine songs we have Kid Bear and 'Ep2'. The collection drifts between rock genres (from roots to alt rock) with a refined feel throughout and the vocals are passionate giving the E.P extra traction. 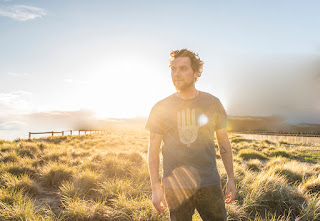 Millington - I Am That.

Back from being right there, Millington releases life-affirming single I am that. Like closing your eyes and travelling inward, I am that is an uplifting escape with a soul tingling soundscape, driving pulse and conscious lyrics.

The Melbourne based artist spent 2018 recording his debut album, which is still in production, before relocating back to his home soils of the UK, reconnecting to his music roots. It was recorded in the heart of Stoke-on-Trent, Millington's hometown, at the Riff factory, engineered and mastered by Tom Carter, and produced by them both.

The two have known each other since they were digging for worms and hanging upside down from climbing frames. Like a double helix of creativity their chemistry in I am that is clear to hear. It was in these early years that the young Tom Millington developed a pronounced stammer. Through music and speech therapies, he created a unique relationship with rhythm and song.

‘Music gave me the opportunity to communicate and express myself deeply, work things through whilst telling myself to sort my shit out when things got/get challenging and difficult. I have been speaking and thinking in rhythms for as long as I can remember’

This September and October will see Millington supporting the Melbourne duo, Pierce Brothers, on their 2019 European headline tour; playing at well-known and respected venues in France, Germany, UK, Belgium, Czech Republic, and the Netherlands - with a tour of Australia very much on his mind for the near future. This return to Australia will also mean continuing work towards his evolving debut album.

His previous accolades at SXSW, CLIPPED and SOUNDkilda (St Kilda film fest) include 'People’s Choice' and 'Best Australian music video' for his debut single Being, back in 2017. Being and the EP of the same name went onto rack up streams across all platforms and praise across the globe. He has supported JJJ favourites such as Tash Sultana and Tones and I, effortlessly complimenting their individual command on channeling the spirit of song and amplifying the dynamism.

Stimulated by a pronounced heartbeat and the awakening strum of his guitar, I am that is propelled by compassion and self-confidence. Millington’s underlying magnetism generated by his worldly sympathies and his heartland rock sensibilities. 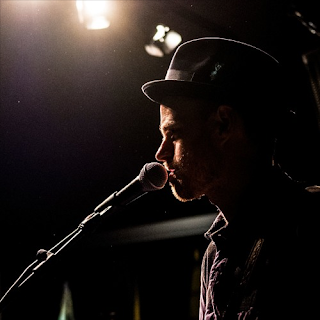 A chance encounter with country legend Steve Earle changed everything for guitarist and songwriter, Matt Neuroth. As Matt tells it, “I was sitting in Matt Umanov Guitars in Greenwich Village and in walks Steve Earle. He picked up an acoustic guitar and just started strumming some chords. And…I don’t know how to put it except to say that, when he played G and C, it was every country song ever written.

When I played G and C, it was just a couple of chords. But, when he did it, it was deep; it had soul and groove and power. It really blew my mind. I’d been touring with all these loud rock bands (including Oh My God) and had all  these chops, but he had the song in every strum. I’ve been chasing that ever since.”

Under the name Kid Bear, Matt continues to pursue that powerful simplicity, both as a full band and as a solo singer-songwriter. The resulting music is somewhere on the rock and roll side of Americana with simple chord changes and melodies married to heartfelt emotions and old-fashioned storytelling. 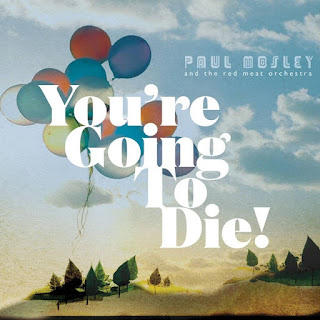 Paul Mosley and The Red Meat Orchestra - People Are Idiots.

Riding high after his ground breaking folk opera ‘The Butcher’ (**** The Quietus, **** R2, ‘Album Of The Year’ Resonance.fm) Mosley’s plans for the follow up faltered when his personal life unexpectedly had to take priority for a year. Now he returns with his most personal and striking album to date - and what could have been a dour and contemplative album is a life affirming kaleidoscope of beauty and joy!

‘You’re Going To Die!’ is about grief and what comes after that. 11 songs, 40 minutes, no bullshit. All urgent, vital and full of life. The songs you write once in a lifetime when only the truth will do.

Check out ‘People Are Idiots’. Mosley’s composer credentials (and - let’s be honest - love of Nina Simone) marry with his gift for snappy hooks to keep the 11/8 time signature swinging as the junk percussion, sci-fi synths and pizzicato strings buoy up the all-star singers of the Red Meat Orchestra’s call-and-response backing vocals. It should be a weird mess but it’s an absolute banger.

Mosley utilizes his Red Meat Orchestra (a 16 piece mixture of bluesy bar band, baroque strings ’n’ woodwinds and found junk percussion) with a sparing intelligence reflecting his development as an in demand theatre composer. (He is currently creating the score for Little Angel Theatre’s new adaptation of Julia ‘The Gruffalo’ Donaldson’s ‘The Owl and The Pussycat’ opening November 2019)

They are joined by Red Meat regulars Catherine Earnshaw and Darren Allford for gang vocal duties on the title track’s twisted tango which Mosley says he wrote after a previous theatre review described him as ‘The Muppets meet Tom Waits’ adding ‘I didn’t think it was quite true before and I really wanted to live up to that!’