October 17, 2019
Faultress were featured just four weeks ago and now we have a couple more new songs namely 'Sanctury' and 'Hood&Wolf'. It's becoming clear that creativity and originality are something Faultress thrives on, yes the influences are there however that if anything ups the quality, the 5 Myths E.P is sounding good.

We have seven minutes of gorgeous dance punk from Two Tribes in the form of 'Videodrone' an epic, addictive and powerful song.

Back in May we first featured Cousin Kula with the song 'Stacked' and they now return here with 'Invitation,' a funky psych pop track that exudes warmth and refined melodic hooks. 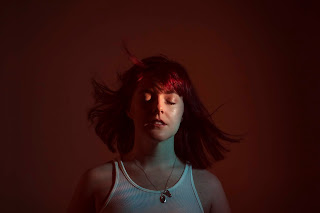 The minimal arrangement and throbbing bass of 'Sanctuary' evoke a sense of claustrophobic wonder as Faultress's dynamic vocal lends it vivid and spectacular tonal colours. Here Faultress gives voice to a deeply introspective and lesser-documented side of social experience: letting people into the darkened hallways of our minds without warning them. Closing the 5 Myths EP with heady emotional catharsis, 'Hood & Wolf' has a Kate Bush style theatricality to its sweeping pianos and bewitching vocal lines, which use the peaks and troughs of melody to weave a lyrical parable about the marginalisation and internalisation of female sexuality in a male-dominated and highly sexualised world.

About 5 Myths EP - 5 Myths lyrically examines the myths surrounding the female experience of power, beauty, desire, mental health. All songs are produced by Joshua Davenport, and all except 'Marilyn' are mastered by Dom Howard (Submotion Orchestra). 'Marilyn' is co-produced by Bobby Broomfield (Does it Offend You Yeah) at The Rattle (collective of DIY artists), and mixed/mastered by Morgan Bosc at The Rattle.

Faultress is an extinct word for a female criminal, and this musical project is about wearing your unpolished faults and imperfections on your very female sleeve. As an artist, Faultress embodies the challenge to heterodoxy implied in her name, which she wields as a firebrand to write incisive and psychological songs that offer us a look into the complex fragmentation of feminine power, desire and mental health in a rapidly changing musical and cultural world.

Faultress's prime influence is Kate Bush, a soul she shares a love of theatricality with - Faultress has a playwriting MA from RADA - alongside a diverse set of influences that includes the likes of James Blake, Aldous Harding, FKA Twigs and Joni Mitchell. Her full banshee show is a six-part girl choir replete with synths and drums. In her solo shows Faultress plays piano and loop stations. With the release of her 5 Myths EP, she reveals herself something of a polymath: lyricist, musician, singer and storyteller employing the full spectrum of her skillset to make unforgettably charged music. 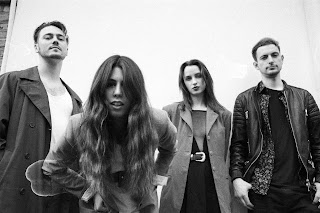 London quartet Two Tribes are at the start of something special. They’ve been turning heads with their vital noise in the capital for a while now, a massive live show developing as a word of mouth sensation. It’s pinned on a momentous, euphoric sound that falls somewhere between the Balearic psychedelia of Primal Scream or Jagwar Ma and the darker, industrial krautrock tones W.H. Lung or Snapped Ankles .

Mesmeric new single 'Videodrone' follows the precedent set by intent-filled debut cut ‘Zone’. It’s a 7-minute dance-punk tinged rally against information overload, spiky synths bubbling up to a symphonic hook, suspense-building breakdown and cathartic reprise. Thematically they explain: “’Videodrone’ deals with how the idea of a digital identity, over-stimulation from technology and the internet can perpetuate disillusion and desensitisation in the real world. For some of us, the amount of information available can be a difficult thing to process sometimes, we wanted to explore in this song that increasingly blurred line between mind and mechanism. The title takes inspiration from David Cronenberg's 1983 film 'Videodrome', which carries similar themes about the cult of technology."

Every show so far has been a sell-out, and the next headliner is an immersive takeover of their home base The Shacklewell Arms on 9th November, a full venue transformation geared towards their mind-melting psych-rave sounds.

There’s an exciting visual aesthetic to match the abrasive noise. Photos come courtesy of Alexandra Waespi, responsible for shooting much of the XL Recordings stable including Adele and The xx, and vintage, futuristic artwork accompanies the single, echoing the eerie ‘80s SciFi-horror influence on sound and message. The four-piece is made up of Patrick Smith (Vox, guitars), Annalisa Iembo (Vox, synths and samples), Kim Engelhardt (bass) and Alastair Batchelor (drums, programming). 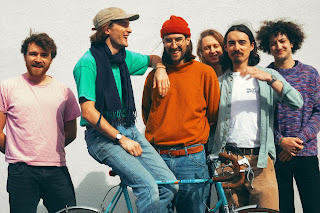 Bristol-based band Cousin Kula announce the release of their second EP 'Stroodles', along with the release of a sparkling new synth-led psych-pop single 'Invitation'. The EP news and new single release arrive alongside the news of a UK headline tour in November, following their recent support in Budapest alongside Bo Ningen.

To celebrate the release of 'Stroodles', the band will be releasing a 12" blue vinyl on November 8th, with 'Stroodles' on one side and the previously released 'Oodles' EP on the flip side. The vinyl package will be released via Chiverin and will include singer Elliot's artwork printed in a booklet, available on tour and online from 8th November.

New single 'Invitation' is a slight departure for Cousin Kula, bringing together its funky bass line & euphoric dance-floor build, adding another dimension to the forthcoming EP, already known for screwball odysseys which "meddle with the script, welding psych freakouts to slick R&B/pop vocals" (The Line Of Best Fit).

Walking into the Kula household you’re met by bundles of bicycles in the hallway, friends’ artwork on the walls and instruments everywhere. In the garden a self-made pizza oven and an array of home grown vegetables demonstrate their ambition for self-sufficiency. This is a band with an energy not just about the way they make music, but about their day to day life, which translates to the stage with vigour, turning audiences into fans up and down the country.

All meeting as highly active members of Bristol’s progressive jazz music scene, Cousin Kula bonded over their shared love for an eclectic range of music from pop and psych through to prog, disco & afrobeat. The six members soon found themselves living together and with a rehearsal room in their basement became one of the tightest and most impressive bands on the Bristol circuit, blending these genres into something both modern and refreshing.

New single 'Invitation' is out now, and the 'Stroodles' EP is out November 8 via Chiverin. 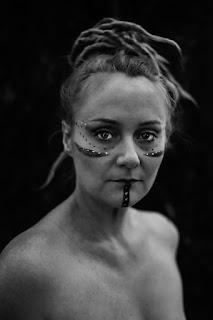 To quote the Cairns-based artist she hopes that this latest single becomes a “full on female empowerment anthem”. Inspired as part of her spiritual experimentation, a journey via a trance state connected her with animal guides. Taking away the knowledge that all woman are shapeshifters and warriors in essence, assuming different roles and integrating various animalistic energies during daily life, becoming more than mothers and daughters, becoming warriors.

Dee Lunar recorded Shapeshifter in her home studio studio in Cairns, layering heavy guitars and rock vocals to create a sound that is a departure from her previous releases but a clear direction her music will take into the future. The independent spirit of the 90s courses through Dee’s veins, and manifests itself in her music as a staunch grind against convention, a sound that is equally as beautiful as it is rough around the edges. Steadfast in her perfect imperfection, echoes of the self-esteem and gritty self- determination of the alternative artists of yesteryear are present in this reverent and rocking single.

Active for many years as a writer, Dee Lunar has used 2019 to put her songs at the forefront, releasing Demons in April, Blue Bird in May and Wicked Mind in July. Her continued campaigns receiving positive reviews in publications Happy Mag and NQ Music Press. Her upcoming single, Shapeshifter, is set to drop this October and become her strongest entry to her confident catalogue.