October 23, 2019
Sophie Kilburn first single ahead of her upcoming E.P is 'Indigo Fever'. At the centre are Sophie's striking vocals and she surrounds them with a more than complimentary musical arrangement, that gives the song even further edge.

The aptly named Aussie Scots share the brisk and pleasing 'Phenomena,' a song that mixes fresh indie rock with a hint of folk, and a good few hooks I might add.

Ahead of his debut album Oliver Spalding has shared 'Xanax' a beautiful song that showcases his fabulous vocals, and excellent songwriting abilities.

From Martha Bean we have 'Along The Lonely' which is a beautiful folk song. The vocals are melodic and more than capable of upping the power, the musical backdrop ditto, there's an E.P on the way, this is a superb advert for that. 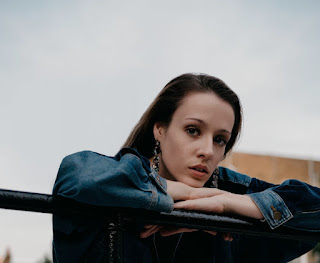 Born in Derbyshire, Sophie Kilburn has been working tirelessly to create some of the most exciting & fiery alt-indie around in her upcoming EP My Room Made Public. It’s a project that unearths the fears of intimacy and the longing to be desired, through the vehicle of affecting, powerful songwriting.

Sophie’s distinctive sound draws influence from across the indie rock and folk scene. Her main sonic inspiration comes from the likes of PJ Harvey, Florence & The Machine, Lana Del Rey and Alt-J, though her own sound also leans on elements of art pop and blues. For Sophie, performing live is an essential cog in her creative output. Her mesmeric live performances have lead to shows at influential venues such as The Troubadour and The O2 Islington, she’s also shared the stage with (MBE) Shirley Collins at Camden Roundhouse, later ending her music residency there with a sold-out show.

Looking towards her own releases, Sophie is launching her project with her first single “Indigo Fever” this Autumn. Showcasing her undeniable songwriting talent, it’s an anthemic piece of Dark-Pop with lush hints of indie rock and folk instrumentation. It’s a track with a catchy, upbeat groove and fierce vocals. Showcasing exactly the sound and style, Sophie is bringing to her new project.

“The song is me asking how can I feel comfortable in myself, when all I can think about is how people see me? Am I doing what I want or what I think people want me to do? It goes deeper than just wanting to be liked it is the overriding pressure to feel needed. I have been such a perfectionist with the song that I have had to force myself to say “enough Sophie it’s time to let it go!” so here you are.” 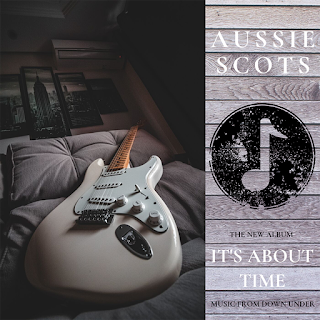 With a best friend by your side, anything is possible. That includes going to #1 on their local radio station 2CC in Canberra with their infectious track Phenomena. And that's exactly what happened when Aussie Scots gave a copy of their single to their local radio station years ago. Despite that success, the guys never released the single anywhere else until now, as they are including it in their debut album It's About Time.

Aussie Scots are best friends, bandmates and ex-pats from Scotland who relocated to Australia and with them took their lifelong passion for making music. Listeners of their local radio station 2CC have already gravitated towards their eclectic pop ways thanks to the stellar beat and captivating hook of Phenomena with its melodic barb and a lyrical approach that is unafraid.

Aussie Scots write from a variety of perspectives, Phenomena is the perfect example of how deep they can get with their lyrical content. It’s all based on their belief in a hidden fourth dimension that exists between life and death. Whether or not there’s any reality to that is debatable but what’s not is that Phenomena energy is unbeatable, which is why it went straight to #1 on 2CC.

Having the support of their immediate community, Aussie Scots are allowing the world to hear the music from their eleven track debut album, It’s About Time. An adventurous body of work imbued with a bold spirit and an undeniable sense of wonder. Ballads, spoken word and deep grooves are to be found as the this songwriting duo’s love for making music is on full display.

With passion and candour, Aussie Scots revel in the freedom of song, their self-expression unmatched in its openness to connect, Phenomena proving to be true to it’s name. 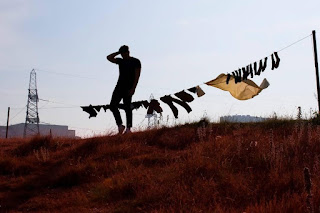 Oliver Spalding is thrilled to share his new single “Xanax”, the latest song to be released from his forthcoming debut album Novemberism, out November 15th on Monotreme Records.

“The album focuses on a certain period of time in my life and the things that happened around me,” says Spalding. “My honesty in songwriting is key. The aim of this album was to be raw and emotional. Emotions are scary and no one wants to face them, and that’s what I wanted the album to feel like - something that is uncomfortable but also beautifully revealing.”

Written and produced with Ed Tullett, the album is both delicate and striking, a masterpiece to truly cherish and as the cold sets in this November, Spalding’s staggering voice and lush emotive soundscapes will lend themselves perfectly to either indoor contemplation of the year past or likewise expansive ice-covered outdoor exploration in the wilderness. 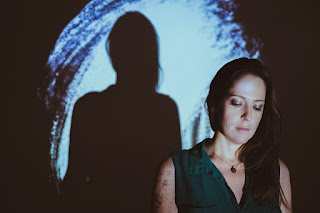 Martha Bean - Along The Lonely.

“Is it all right to settle for someone who is ‘all right’, just so you aren’t lonely?”

The lilting rhythms of ‘Along The Lonely’ – its warm double bass, whispering drums, shimmering guitar and sweeping strings – carries a song that has something of a dark heart. Via an inventive mix of folk, jazz and pop, inspired by such visionaries as Nilüfer Yanya and Grizzly Bear, Martha Bean’s new single questions the motives behind our longing for relationships. “We all need someone,” says Martha, “and that can be beautiful. But some people just want a ring on their finger and someone to moan at when they forget their anniversary. Is that ‘love’? Is that OK?” As her vocal soars from sarcastic but tender through a powerhouse refrain and its reflective climax, Martha expresses the conflicting emotions of such uncomfortable truths.

About ‘Here Comes The Snowstorm’ EP ”Life rarely brings blocks of pure joy or pure despair. More often the emotions – hope and hopelessness; gravity and levity – all bleed into one another, and I hope these songs reflect that.” Martha Bean

Though united by a bittersweet theme, each of the five tracks on Martha Bean’s new EP stands alone, inspired by real events. Be it the eponymous tale in ‘Slippers to a Wedding’ (“We aren’t perfect – we have to laugh at each other,” says Martha); the emotional vision of a lonely widow captured on ‘Beneath the Shadows’; or the hopes and fears of a new mum expressed on ‘When I Hold You In My Arms’ (Martha became a first-time mother, to Leon, this February), the highs and lows of contemporary existence are all on show. Conveyed via spacious, ambient alt-folk topped by Martha’s skilled guitar picking and silky vocal, her songs evoke artists such as Fionn Regan, Phoebe Bridgers and Lisa Hannigan

Recorded and engineered at home by Martha herself (the versatile musician also played guitar, piano, mandolin and bass, as well as scoring all the string parts), ‘Here Comes the Snowstorm’ has already made an impact in 2019 thanks to two of its tracks – ‘Slipper to a Wedding’ and ‘When I Hold You in My Arms’ – being aired on Tom Robinson’s BBC 6Music show. Co-produced by Martha’s partner Joel Evans (aka Tiny Eyes), who also weighed in on percussion, synths and Wurlitzer piano, the EP features Joe Manger on drums, Rob Rosa (Maniere des Bohémiens) on violin, Mirka Hoppari on viola and Martha’s father John on cello.

Leicester-based alt-folk songwriter Martha Bean began her musical journey early – at the age of just three, she began writing melodies on the piano, but refused lessons from her mum (a piano teacher). She turned her hand to any instrument she could get hold of, which, growing up in a musical household, wasn’t too difficult. 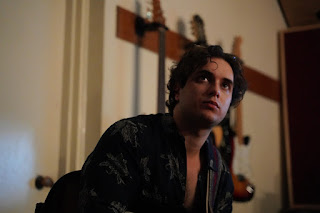 “Stage Of Fools” encapsulates a universal feeling of solitude, worthlessness, or nihilism. I like to think that although the content of the song itself is quite depressing, the song’s very existence is comforting in a sense…because knowing that someone else has felt this way indicates that you’re not alone.”

Taking its title from an immortal line in Shakespeare’s King Lear, ‘Stage Of Fools’ focuses on the disillusionment a person feels from their own reality. It is a feeling crystallised both in the thought loops of the depressive mind, and in the nihilism of Shakespeare’s antiheroes. Life is a ‘stage of fools’ or a ‘poor player, who struts and frets his hour upon the stage and then is heard no more.’ Taking these ancient sentiments as a springboard, Ollie Trevers unpacks their themes of existential emptiness. The song starts with an expansive and filmic soundscape that, through handclaps and coruscating guitars, builds to a wave that buoys us over the bleak nothingness of the void. It’s stormy, melodic, relatable, and vital music from an artist who marries a unique sound with psychological acuity.

Cordelia evokes themes of heartache, melancholia, catharsis and emotional claustrophobia. It is about feelings which often transcend our ability to describe them in words. With his idiosyncratic ear for melody and hooks, and a dynamic sense of opposites (light and dark, loud and quiet, bitter and sweet etc.), Ollie Trevers fires a salvo of emotionally charged numbers that cull influence from across the spectrum of popular guitar music. Cordelia is a narrative of heartbreak, showing the duality of relationships and their untimely endings. It is an exploration of unrequited love and its causes and effects: depression, addiction, disillusionment and longing.

London based singer/songwriter Ollie Trevers studied at Leeds College of Music and ICMP. He started writing and performing music at fourteen years old, harbouring artistic aspirations from the very beginning. A veteran of the band circuit, Ollie released his first solo EP Saucy Naughty Rubbish in 2018. Stylistically, the record saw Ollie exploring a powerful and energetic blend of post-punk and classic rock. His musical direction has since evolved into the five songs you hear on his new EP Cordelia. It is a kaleidoscopic meeting of styles, channeling punk, alt rock, prog, blues, folk, and psychedelia. Ollie takes inspiration from artists such as Led Zeppelin, Ella Fitzgerald, Edith Piaf, Tim Buckley, Jeff Buckley, Pink Floyd, Queen, Jimi Hendrix, Joni Mitchell and David Bowie. Having only performed with his new band since March 2019, Ollie toured in the South of France a few months later. He plans to tour Britain, Europe and Nashville throughout 2020.