October 25, 2019
Saltwater Sun were featured a couple of times earlier this year and return today with the blistering indie rocker 'Mouthbreather' with a hint or two of grunge packed in. === Future Lives shared a video for 'Huckabee' a short while back and having reviewed a track from their first album, it's good to know the second album is on the way from these talented Americana music folk. ===  Hope Waidley has released 'Born Again' where her fabulous vocals are showcased above a stripped back musical arrangement. === Norway's Kaola Queen have released a bluesy rocker entitled 'Time' with bags of energy. === We have a beautiful soulful song from Sariyah Idan entitled 'You Got To Go' with some fine jazz vibes in the music. === Taking us into some orchestral territory alexdgoldberg new song 'Stay The Same' is a fabulously creative and rather addictive affair. === Finally today Colie has a brand new single 'Half Of What You Are' a natural indie folk song that feels personal and is simply beautiful.
------------------------------------------------------------------------------------------ 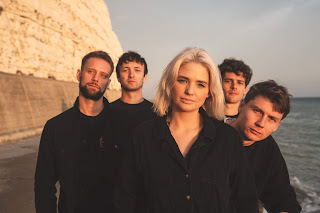 Reading thrashers Saltwater Sun are certainly no strangers when it comes to delivering bold, impassioned indie rock, and in rage-fuelled new cut Mouthbreather, the rising quartet demonstrate these feverish capabilities and take it in a whole other direction.

Following on from the release of critically acclaimed EP The Great Deceiver earlier this year, the four-piece kick-start their next phase with a simmering tension and underlying fury nestled deep within their songwriting as they provide one of their most assured releases to date.

Detailing the band’s forthcoming single, frontwoman Jen Stearnes explained: “Mouthbreather is a monumental rant about the myriad people who get on Saltwater Sun’s collective last nerve. Loud chewers, bad drivers and mansplainers – the list goes on! Sure, we could be the bigger people and rise above, but where’s the fun in that?”

Repeatedly championed throughout the UK press (NME, DIY, Clash, Dork, The Line Of Best Fit, Gigwise, Wonderland, The 405) and admired across the BBC Radio 1 and 6 Music airwaves (Annie Mac, Jack Saunders, Huw Stephens), the childhood friends have spent the majority of summer on the festival circuit (Isle Of Wight, Latitude and Truck) alongside notching impressive support slots with US alt-rockers Jimmy Eat World and fellow indie risers The Amazons and Another Sky.

Preceding an explosive batch of new material set for release in 2020, Saltwater Sun’s Mouthbreather, produced by Kristofer Harris (Bear’s Den, Belle and Sebastian, Ghostpoet), drops 23rd October and will be available via all digital platforms. 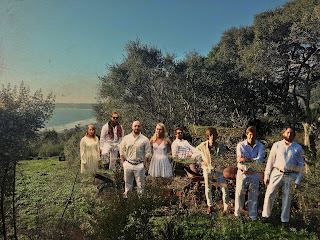 Future Lives - Spirit House - Brandon Taj Hanick on Death: “It’s tough to talk about.” It ain’t no day at the beach to sing about either, but the Future Lives songwriter is but a vessel for the songs of Spirit House. The decision to sing ‘em isn’t his to make. Songs are meant for singin’, afterall. Some of ‘em make your heart heavy with tears, but that don’t mean they should be sung any less.

Shortly after beginning to write what would become Future Lives’ second full-length album, Hanick and his wife Shaliza were standly squarely in a Florence square, where they had just eaten the best Italian food of their lives.

That’s when Hanick received word that his mother had six months to live. What doctors thought was early dementia was actually an irreversible brain tumor. It’s amazing how the best Italian food becomes tasteless when you learn that your mom is dying. When you try to talk to her on the phone, but she can no longer form a sentence. “We were just at the beach with her...like last month.”

Brandon and Shaliza booked the earliest flight back to Florida they could. The flight path of least resistance routed them through Barcelona, Hanick’s home from 2008 to 2011. If he had to make the saddest trans-Atlantic flight he’d
ever made, at least he’d have the company of his brilliantly empathetic wife and his sound friends along the way. While in the company of these sound friends, Hanick got a call from his father and immediately knew the doctors had overestimated his mother’s time on this earth. “She’s gone.”

Her death was sudden and expected. ‘Pleading with the inevitabile’ begins as a theme on “Homebound” and continues throughout Spirit House’s weighty romp through the prism of the valley of desperation and love: “You’ve seen it all, so see it all today, I would love to take your tenderness away. ‘Cause it made you too damn meek, and while, the skies will be your home, The Earth will surely miss you when you’re gone.”

The band will release its second full-length Spirit House comprising of twelve songs on January 10, 2020. 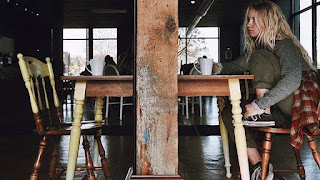 Hope Waidley on the creation of "Born Again" - "I was going through a time when nothing made any sense, things were just unfamiliar. I was praying and felt like I was being told, “You have to treat this time like today, at 19, you were born again, and it’s your first day on Earth.

You’re not going to know what to do and that’s fine.” Looking at the current circumstance with that mentality allowed me to have the patience, appreciation, and acceptance for each little moment, recognizing that knowing it all and being clueless end up being the same thing oftentimes. I laid my old mentality to rest, my old life to rest, so whether I woke up in the morning or not, I would be born again. "

Hope is a 20 year-old self taught guitarist and pianist from Grass Lake, Michigan. She has traveled the country street performing with her sister. Hope is an active surfer, cliff jumper and raw honey enthusiast. 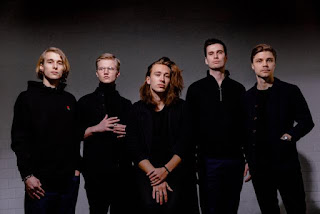 “Time” is Koala Queens' second single, out now, from the upcoming album The Muppet Show. The track is about finding release from frustration, being allowed to feel content and daring to jump into new challenges. It carries a strong and distinct personality, with a chorus that is almost impossible to rid yourself of hours later.

The rough but simple guitars against the heavy bass drum give it a Friday night feel, while keeping the band on track with it’s organic rock & roll aura. The organ finishes off the whole mood, allowing the vocals to dance playfully throughout the entire three minutes of good vibes.

Formally known as Charlotte & Thieves, who got raving reviews, airplay listing on national and collage radio in Norway, UK, Germany and US, Nordic Spotify support as well as showcasing in front of GQ, Highsnobiety and Vogue amongst others. 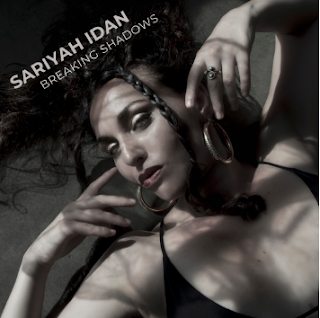 Sariyah Idan - You Got To Go.

Sariyah Idan is an American songwriter, vocalist, and multi-instrumentalist whose soul and jazz influenced expressions have come to fruition in her first full-length album, Breaking Shadows . An accomplished artist and arts educator, whose experience began singing ensemble world folk music as a child, dancing professionally and studying poetry and jazz music, Sariyah possesses a profound sense of story alongside a keen understanding of music’s sensual strength and the emotional space a voice can occupy.

Born in New York, at a cross section where the American folk music of previous generations met the hip hop and Caribbean sounds of the streets, Miss Idan has spent her life seeking an articulation of these personal and cultural experiences against the backdrop of her own Ashkenazi (Eastern European) Jewish roots. Breaking Shadows, is the first major landmark of this journey. An expression of vulnerability and community.

Recorded in Los Angeles, Berlin and Lisbon, with an array of some 27 musicians, the songs of Breaking Shadows are confessional, confrontational, social and spiritual. They present a woman’s reflections on love, power, patriarchy, and purpose. Across its 17 tracks, Breaking Shadows addresses some of the profound struggles of our age. #MeToo (‘Refuge In Blue’, ‘Temple’) and social justice (‘Truth To Power’, ‘Claim Your Gods’) are of the most politically significant, but of no less importance are the complexities and corruptions of human relationships (‘You Got to Go’, ‘That Woman’), the transformational devotion of romance (‘Can We’, ‘Vibe’) and, ultimately, self-purpose and self-love (‘Shine’, ‘Revel’).

Artistically, Breaking Shadows is an achievement of collective creativity that draws inspiration from the breadth of Sariyah Idan’s experience. The narratives of 60s folk and soul as they meet the vocal rhythms of Zap Mama and Bobby McFerrin; The emotional depths of Billie Holiday and Nina Simone alongside the fierce and fearless Lauryn Hill and Erykah Badu; the themes of justice, resilience and spirituality as echoed by the global voices of Celia Cruz, Bob Marley, Buena Vista Social Club, Balkan Beat Box, Rising Appalachia and Nneka.

As the expression of a lifelong musical vision, Sariyah Idan’s Breaking Shadows is as much a journey to the heart for the listener as it has been for its creator. It is the sound of an artist finding her voice. It is the sound of a message that grows in strength when it is shared. 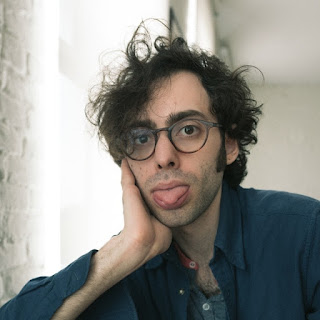 Stay the Same stems from a low-point in the Alex's life, when his 20-something’s stresses had left him in massive sleep-debt, motivated toward social isolation, and beleaguered by self-starvation. This period culminated in a trip to the ER after fainting at his day job.

While recovering, Goldberg continued to grapple with the forces that led him to such a nadir, asking himself, “Will I go on? Will I ever change? ...Or will I stay the same?”

A bountiful arrangement and production seemed the only suitable backdrop for such simple and pure questions, and Goldberg set himself to the task of recording, performing, producing, and mixing most of the song and subsequent album. He says, "I have a lot of experience playing modern classical music and jazz. I sat in the back of the orchestra in the percussion section just sort of listening to all these major composers, and being completely surrounded by that sound."

alexdgoldberg (inspired by the artist’s email address) is the solo project of Alex Goldberg, a drummer and composer/producer based in Brooklyn, NY. He has recorded & performed with L'Rain, Wsabi Fox, Michael J. Schumacher's diNMachine, Throw Vision, Grand Kid, and many others. Loste is his debut album. 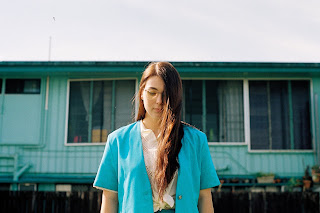 Colie - Half Of What You Are.

A personal and evocative track that shows a more introspective side to her lyricism, Townsville singer-songwriter Colie makes a bold return with her new single 'Half Of What You Are'. The indie folk-tinged ballad made it's premiere on Roots 'N' All Triple J on Monday, and via theMusic.com.au yesterday.

A lover of storytelling, Colie expresses honest vulnerability in her new track, as she opens up about growing up as a fraternal twin in regional far north Queensland. Colie's lamenting vocals sail over the lyrical guitar chords as she portrays resignation with her status when compared to her brother.

"From the moment a child is born, they face a "blue" or "pink" reality. I had a unique experience with this growing up, being a fraternal twin and having a sibling of the exact same age, yet we were treated differently based on our gender. ‘Half of What You Are’ explores the idea that gender is socially constructed by the way members of society evaluate the role of females and males," Colie explains.

Releasing her first single 'Sunday News' in February followed by her EP 'Bug On A Lamplight' in May, Colie received rave reviews and airplay via triple J unearthed, Double J, ABC Local, 2RRR, and many other community radio stations around the country. Influences ranging from Julia Jacklin, Gretta Ray to Johnny Cash and The Police, Colie's own sound brings a humbling sensibility with a song that explores a current subject matter that is both personal and universal.

As her career starts to heat up, Colie is set to tell her story around the country, with upcoming shows across the East Coast from November. But for now, take the journey with her as she bears her heart in 'Half Of What You Are'.