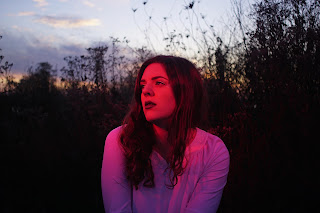 Emily Keener - Do You Love Me Lately.

In advance of Valentine’s Day, Cleveland indie-folk artist, Emily Keener, announces the February 10 single release of “Do You Love Me Lately?” The single depicts the fragility of romantic love as Keener’s smoldering vocals float around a slowly pulsing, retro groove.  It’s off the album, I Do Not Have to Be Good, due out May 22.

“Do You Love Me Lately?” emerged at an intersection where Keener felt creatively lost while also reflecting on owning her desires as she navigated her early twenties. One day while staring off into space she had a fantasy about what it would be like to date a woman. She says, “I let myself get distracted, and watched the storyline play out. ‘Fantasy’ might imply sexiness, and there was that aspect, but really quickly I found myself painting this woman as an unavailable dream-girl way out of my league. I saw the relationship as one that would shine a light on my deepest insecurities.”

In a breathy undercurrent interlaced in sweet and rich tones, Keener sings, ‘we danced in her kitchen to all of Blue.’ A reference to the Joni Mitchell album, one of Keener’s favorite coming-of-age companions, it’s what she imagined her dream-girl would be listening to as well. Chorus and verse tenderly sway between hushed restraint and gentle reaching, as lyrical and instrumental tension expose the moment in the relationship. “Do You Love Me Lately?” dreamily touches on fear and vulnerability, unveiling what needs healing with a pensive slumber.

On her upcoming album, I Do Not Have to Be Good, Keener colors her plaintive and introspective lyricism with a frailty that longs for connection and understanding. When Keener began working on the new album with Dalton Brand at WaveBurner Recording, she consciously broke away from the belief in perfection and purity as being necessary, or even possible. She says, “Despite a loving family, my personal experience with a Christian upbringing led me to develop deep self-censoring, self-doubt, and the belief that I must always present as kind and good regardless of how I feel.” The album is a call to free censored desires and doubted truths. 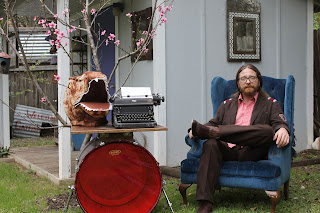 Matt Harlan crafts sociopolitical narratives with an artist’s eye (“What We Saw”) and a poet's elegance (“Mountain Pose”). His seamless new collection Best Beasts spotlights a rapidly rising songwriter growing exponentially with each track. Political unrest maps the landscape. “Best Beasts became much more political than I imagined,” Harlan says. “Everything I started to write ended up being about current events. The theme throughout the record is me trying to makes sense of our crazy world today.”

Harlan frequently delivers keen insight with an every man’s grace. “Another bad day, another scene that makes no sense,” he sings on the album’s poignant closing track, “Another Bad Day.” “Another angel on the fence/but maybe it’s the morning star/Another bad day/you know I tried to shake it loose/and find a different point of view/pretend the sky's not falling.” “I understand things better when I separate myself and tell stories from someone else’s perspective,” Harlan says. “Narrative songs are like a gel-cap around medicine. Listeners can feel the same emotions even if they don’t know there’s something in a song that they might not agree with. We all have to deal with the world. We have that in common.”

Harlan’s vivid vignettes frequently feature blue-collar every men struggling for purchase of their own hard-won happiness (“Heavy Steel,” “K&W”), which they occasionally find (“Mountain Pose,” “Catching On”). And there are pauses for reflection (“Like Lightning [Way Out of Town],” “Somebody Else”). “I hope folks can understand the issues from both sides,” the 37-year-old Houston native says. “I think these songs are about the changes and struggles we all face in one way or another. So that means they had to cover some ground I've never had to tread before but other people find themselves walking daily.” 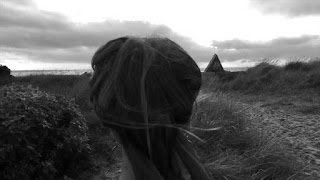 Emerald Park, one of northern Europe's most successful bands releasing music under a Creative Commons license is back after 5 years of silence with the brand-new EP "Basement Sessions". Their new work will be released in two versions: as a traditional 5-track digital version and as a Creative Commons 4-track version.

As always, Emerald Park tend to move among different parts of the indie genre influenced by bands such as The Cure, Arcade Fire, James, Depeche Mode and Blur. In every song you will recognize the constant presence of melancholy but somewhere around the corner happiness is in reach. The lyrics are about the feeling of being misplaced and searching for something else, something bigger in life. Or maybe the grass isn’t greener on the other side?

"Rules Don’t Apply", which was released as a single last summer and is now remastered, is the most electrified and energetic track, while "The Haze", "Decease", and "Bigfoot" are the most melancholic songs. The fresh version of "Bigfoot" and a new track called "She Sees Something Else" are the two songs that have really caught the essence of Emerald Park. 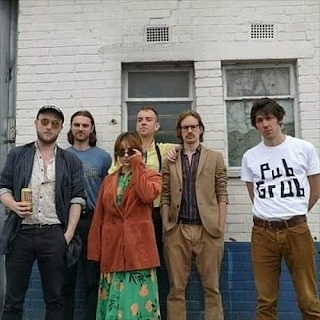 Bedwetters Utd is an unabashed pop song with a huge amount of structural and lyrical invention. Without the listener knowing where they want it to go, the song guides them. An unlikely subject heightens its anthemic outro, which could fit into the myths of great songwriters who jump out of bed with a melody still in their mind, left by a dream.

We are tired of being bedwetters".