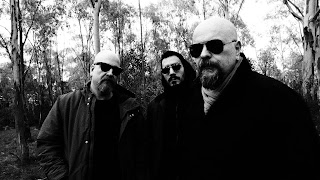 With a stunning mix of post-punk, electro and industrial, Greece's ‘drone n roll’ project Mechanimal (Giannis Papaioanou, Freddie Faulkenberry) have just released their new album Crux (out January 27) via Inner Ear Records. And now, they are following it up with a new video for the LP's, "Scavengers". Directed by Gerasimos Domenikos.

It's the second video the band have released to promote the album, following last month's video for "Stolen Flesh".

Mechanimal’s last record was 2016’s "Delta Pi Delta". In June last year they released "White Flag" single which marked the return of original singer Freddie back on vocals with his characteristic spoken word. 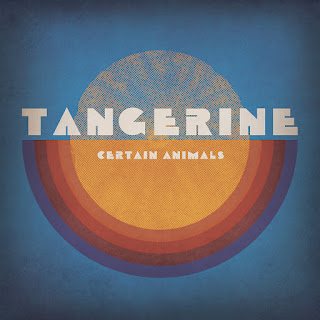 Dutch band Certain Animals serves you melodic rock filled with vocal harmonies. The members aren't afraid to show which records they've been listening to. Musical giants from the '60s and '70s are spinning on their turntable on a daily basis. The Beatles, The Beach Boys, Neil Young, Crosby, Stills & Nash and Electric Light Orchestra are regular companions in their musical life, but also the fuzzy and phasey sounds of contemporary bands like Tame Impala influence the music of Certain Animals.

Without being stuck in the past and with a critical view on the present, the band brings you their intriguing sound which makes for an energetic live show filled with intimate moments and explosive bursts of energy. In less then three years, the band managed to build a strong live reputation by playing shows on major Dutch festivals in famous venues all over the country, and they also performed across the border in Belgium and Germany.

New single Tangerine is a harmonic blend of polyphony, taken straight out of black-and-white images of London in the sixties. The era when The Kinks and The Beatles could be found there in the wild. Just like their idols, Certain Animals used whirling twelve-string guitars and a lovely grunting Höfner violin bass in their recordings. Tangerine evokes the atmosphere of the hip incrowd of the time and describes an obsessive romance with a royal touch. That obsessiveness is delivered sweetly, but - just like the song - spins out of control eventually. One of Certain Animals' more gentle songs from their upcoming debut album shows a different side of the band: a side that is not afraid to combine beautiful poppy melodies with a craving for the past, and on top of that three-part harmony vocals. 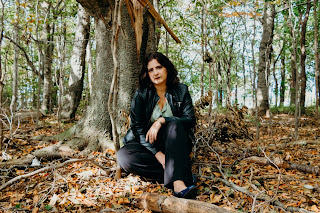 Born in Hamilton, Ontario and raised in Montague, PEI, Brielle Ansems has grown up with music on her lips and a creativity fostered by Prince Edward Island’s artistic community. As an avid reader, writer, and a recent graduate of Holland College School of Performing Arts Theatre Performance program, her lyric-focused music fuses folk sensibilities with pop and r&b influences to create an emotionally charged, poetic experience for her audiences.

Brielle gained recognition early in her journey with the 2011 SOCAN sponsored songwriting competition, Soundwaves’ So You Think You’ve Got the Beat, the winning of which resulted in a showcase in that year’s ECMA proceedings as well as recording time with well-known musician and producer David Rashed. Notable performances over the years have included both opening for, and sharing the stage with the likes of Ben Caplan, Liam Corcoran, Tim Chaisson, Matthew Barber, and Adyn Townes.

As well as her work in the music industry, Brielle has also earned recognition in the Island acting world, making her professional theatre debut in the 2018 season of the Watermark Theatre. Her debut album, This New Hurricane, is planned for a 2020 release. 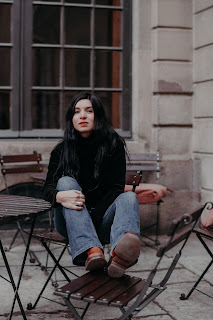 Vilma Flood had her breakthrough on the Scandinavian Americana scene last year when her album "Moodswinger" got raving reviews.

"End" is the first single off of a forthcoming album , again produced by Tobias Fröberg, and the release coincides with her biggest headline show yet at Fasching in Stockholm.