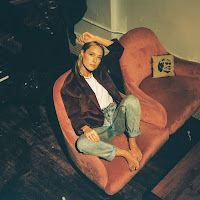 Before being banned from the United States for 10 years, Very Very had built a life in New York City. There she found herself crossing boundaries in a relationship based on manipulation, desire and bad decisions that would eventually crumble into disillusionment.

Her debut single, "Badlands," reflects on the role she played, confessed through raw lyrics and moody instrumentation. Written, produced and arranged entirely by the artist, "Badlands" is an alternative pop anthem that speaks to the darker side of desire. This is what temptation feels like.

The video for “Badlands” follows Very Very as she reaches the final stage of a sordid relationship. Moving with focus through memories, highways, and mysterious fields, she works through the complex process of a breakup, steadily fortifying herself for the end. If she wants to leave it behind forever, she'll have to burn it all down first. 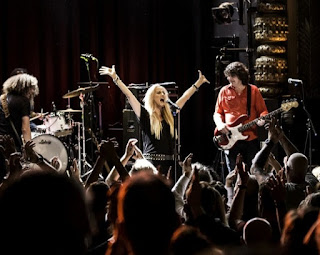 Sass Jordan is one of the premiere female rock singers in history, selling over one million albums worldwide. While she has touched upon Blues over her 40-year career, this is the first time she has focused exclusively on creating an album of songs in this tradition, that showcase her talent as a Blues singer. As Jordan acknowledges: “The blues has always been a huge part of my life. It’s a big part of what I grew up with. It’s been there through my entire career.”

Her first blues album arrives in raw, earthy style on the magnificent Rebel Moon
Blues, to be released on Friday, March 13 on Stony Plain Records. Co-produced
with D#, it’s the Juno Award-winner’s ninth studio album and first release in nearly a decade.

More crucially, it’s also a watershed that charts a new course in Jordan’s musical voyage while tracing her love of the blues back to its source. The album features eight songs, freshly interpreted and given the Sass Jordan treatment with her band the Champagne Hookers: guitarists Chris Caddell and Jimmy Reid, bassist Derrick Brady and drummer Cassius Pereira, augmented by blues harp master Steve Marriner and keyboardist Jesse O’Brien. 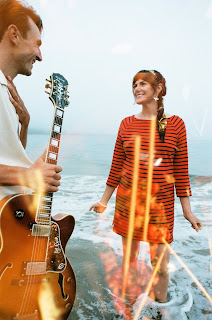 The Saxophones -Forgot My Mantra.

With The Saxophones' sophomore album Eternity Bay out in less than 3 weeks, the husband-and-wife duo (Alexi Erenkov on vocals, guitar, synths, woodwinds, and Alison Alderdice on drums and vocals) have shared a third and final single, "Forgot My Mantra."

The Saxophones’ band name started out as a half-joke for the songwriting project of Alexi Erenkov, who, at that time, was a disillusioned jazz student. Erenkov had recently ditched the instrument, as jazz hadn't offered the room for self-expression that he sought. His solo project became a band when his wife Alison Alderdice joined on percussion, and their debut album, Songs of the Saxophones, was released just before the birth of their first son in 2018. Written aboard the boat they lived on together (amid the incessant rain of a northern Californian winter), the record established The Saxophones’ style, drawing from fifties exotica, west coast jazz, and seventies Italian lyricism. Drama seeps into The Saxophones' deceptively simple sound, transforming dreamy surf pop into thoughtfully textured pieces, with a spaciousness at the core.

The band's forthcoming second album, Eternity Bay, began to take shape just after the arrival of their first son, who shook up Erenkov’s writing routine far more than choppy boat waters ever did. "My music has always grappled with mortality and the meaning of existence," he says, "but the birth of our first son and the imminent arrival of our second has greatly heightened my sensitivity to these themes." The forced fragmentation of his hours, writing under inky late-night skies and through the liminal glimmer of dawn, brought new qualities to the surface of his songs. "While this record was influenced by a broad range of music," he explains, "the through line seems to be conveying a strong mood or sense of place. I love music that transports listeners to another space, whether it's Jonathan Richman making you feel like you’re walking the streets of Boston in 'I Love Hot Nights' or Arthur Lyman transporting you to a Hawaiian hotel lobby in the 50s." 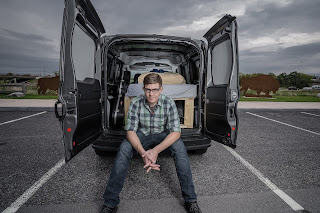 Brendan & the Strangest Ways - We Can Beat Mercury.

When Brendan Shea first started out as a songwriter in the early 2000s, Buffalo was a broken-down, industrial “Rust Belt” city whose best days were behind it.

Angsty, malcontented feelings came through in his writing.  He felt an overwhelming sense in his day to day life to move somewhere else to realize his full potential. So he did… twice. And those experiences made for some pretty good songs.

Fast-forward 15 years and Buffalo has undergone a major cultural and economic renaissance. There’s an expanding creative and artistic scene, and a general buzz around town that the best is yet to come. Shea says, “I feel like that’s a pretty perfect reflection of where I’m at musically with this new album and this new band. There’s just a lot of hope and excitement about what’s ahead.” 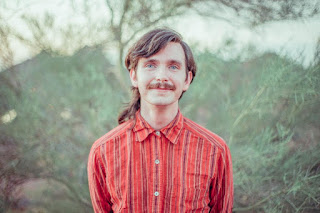 Lauren Records has announced the new LP from Diners and unveiled the first single from “Leisure World” via the Ambar Navarro-directed (SWMRS, CUCO, Soccer Mommy, etc.) video for “Cup of Coffee.”

"Back in the day, coffee commercials were akin to a very cheesy cinematic experience, tugging at your heart strings with unfathomably dramatic tales that did little to actually highlight the coffee." says the Grey Estates of the new video, adding "On “Cup of Coffee,” the video from Diners's upcoming album Leisure World, out 4/24, director Ambar Navarro puts Diners’s Tyler Blue Broderick at the center of their own glorious java commercial." The video comes ahead of the release of the single to streaming services everywhere tomorrow,

Leisure World (out April 24th) is the latest album from singer-songwriter Tyler Blue Broderick, who performs with the project Diners. Not only is it the most eclectic and ambitious album in the songwriter’s (already muscular) catalog to date—it’s one of the catchiest, most realized indie pop records released in years.

Like all of their work, Leisure World—which Broderick scrapped and rerecorded several times before landing on an aesthetic they found satisfactory—draws on the most enduring aspects of pop’s past. Its 13 tracks bring to mind the technicolored melodies of ‘60s pop icons like the Beatles and Zombies, the
chilled-out pop proficiency of Laurel Canyon legends like Carole King, and the wry, observational story-telling of Jonathan Richman, and, to cite a more recent artist, Jens Lekman.