February 18, 2020
Horse Lords impress us with 'People's Park' an instrumental that is original, addictive and accompanied by a figure skating video that works alongside beautifully. === Jonathan Emile new album 'Spaces-In-Between' is featured in full along with a video for 'Try A Likkle More', collectively this is a wonderful mixture of reggae music with so many other genre influences enriching the piece. === Luxembourg artist Bartleby Delicate has a brand new single 'From Top To Toe' which mixes electronic music with a folk based anchor, the result is creative and original. === Described as a bedroom rock group Sour Widows obviously make good use of that particular room space with 'Open Wide' a slow paced track with fabulous harmonies and a close up and personal feel throughout. === It's only February and yet Lilly Hiatt is back with us for a third appearance this year with 'Candy Lunch' ahead of next months 'Walking Proof' album release, this time we have a more gentle and melodic country rocker to indulge upon.
------------------------------------------------------------------------------------------ 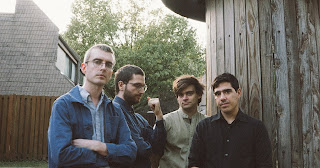 Horse Lords have shared a music video for their single "People's Park" from their forthcoming album The Common Task (releasing March 13 via Northern Spy). The song title comes from a public park established by the Young Lords, a Latinx liberation organization. It was built both as a community-run community space and as a bulwark against development on a vacant tract of land in Chicago's Lincoln Park neighborhood, which at the time had a large Puerto Rican population who correctly feared they were being pushed out. A modest utopian project compared to some of the other points on the album's titles' map of socialist modernisms but an inspiring assertion of the public's right to occupy public space.

"The music was an experiment in testing the limits of genre--in this case, reggaeton." says Horse Lords, "The project was approached with great respect for the history, techniques and repertoire of reggaeton, trying to extrapolate from rather than impose upon. The standard drum pattern underwent a process of distillation and recombination (this we must admit was not a minimally invasive procedure), mutating into a tiling rhythmic canon. Reggaeton's links to dub were emphasized in the production, overall the hope being a balance of reverence and playfulness.

The director, Corey Hughes, explains what inspired the video: "There is something other wordly about figure skating. The movements look supernatural, like they are floating in space or a virtual environment. What I really responded to in the track and the choreography is the balance between structured repetitive elements and looser improvisatory elements. I adopted a similar approach for the cinematography of the video, combining more formal static shots with fluid, energetic, and reactionary camera movements. Like the skaters themselves, the movement of the camera fluctuates in and out of sync with the track." 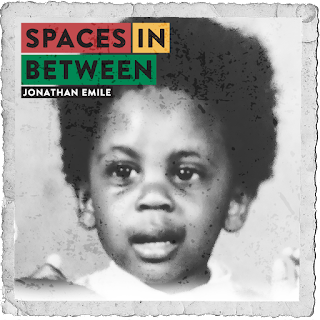 Spaces-In-Between features 10 original compositions and was produced by well-known Montreal musician Paul Cargnello (Wesli, Lakes Of Canada, Satellites), along with his brother Christopher.  Two 'pre-release' singles off the album have already been well received by media internationally: the energetic Savanna, and the gospel-folk influenced acoustic ballad Moses.

Now, with his third and most recent release Try A Likkle More, Jonathan’s versatility and creativity continue to shine.  In Jonathan's words, “ Try A Likkle More, is a song about how time and effort equal love. In patois, “a likkle more” or “a little more”, means “see you later” or “au revoir”. In the lyrics, I play on the idea of time and love as a participatory action rather than an emotion or a passive state. Jamaica in itself is a colour filled phenomenological experience. The roots riddim with its easy skank and swaying guitar and bass are set at the speed of rural Jamaica. You can hear the one drop against the slow crash of waves. The guitar melody opens and closes the song like a story book.”

The Try A Likkle More video is an ode to the Jamaican diaspora that explores the concept of family, love and generational memory. Like Savanna and Moses, the video for Try A Likkle More was shot in Jamaica in the parish of Westmoreland, in Savanna-la-Mar (his family’s hometown) as well as in Negril, with a Canadian-Jamaican film crew. The video explores Jamaica and it’s lush abundance of the tropical island through the directors lens with vivid colours and brightness as he captures all of its beautiful memories, having the magic of love displayed in every shot. This is what carefree Negril looks like. 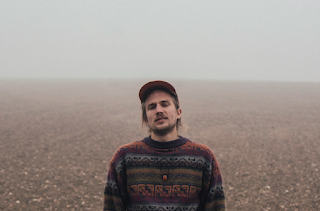 Bartleby Delicate - From Top To Toe.

Bartleby Delicate is full of contrasts - with folk music rooted in the heart and his recent love for experimental electronic music. Starting as a singer-songwriter venture, the project morphed into a blend of philosophical phrases, finger picking guitar and experimental electronics, at times reminiscent of Daniel Johnston, at times akin to Bon Iver or James Blake.

This songwriting ability and nuanced performance style has led to support slots with the likes of Rhye, Tom Odell and Aldous Harding alongside festival appearances at The Great Escape, Reeperbahn Festival and SPOT Festival to name a few. Alongside this, he has been awarded accolades such as ‘Best Upcoming Artist’ at the Luxembourg Music Awards and best act at Crossroads Festival 2019.

The Luxembourg artist’s new single ‘From Top To Toe’ is an amalgamation of his analogue and digital vision that features dream-like synths and crisp, pulsating beats thanks to production with German electronic musician Taison (Lali Puna, Portmanteau) that Goerens has been a fan of for years. After travelling 1500km to play a show in Munich in which Taison happened to be the sound engineer that night, the two bonded on both a human and creative level. The pair agreed to collaborate on future releases and to dive deeper into Bartleby’s indietronica universe.

Monochrome with a touch of colour, ‘From Top to Toe’ tackles the paradox of memories we can’t remember, the subject of irrepressible memories, and their habit of worming their way to the forefront of your brain when you least expect it, Bartleby tells us "I’ve had some disconcerting experiences the last few years. The strange thing is that I struggle somehow to remember the exact origin of them but still those memories are haunting me. I think we are all constantly trying to repress things from our past and they come back from time to time fully present in front of us: from top to toe." 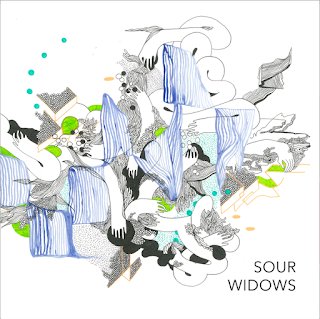 Sour Widows are a bedroom rock group from the Bay Area, formed in 2018 by longtime friends Maia Sinaiko, Susanna Thomson and Max Edelman, and recently joined by Sam Edelman on bass.

Songs marked by driving harmonies address themes of relationship and reflection; layers of warmth, grit, and depth surface and fade in their two guitar dynamic. Carried by Edelman’s inimitable drumming, the four draw from influences including Big Thief, Duster, Pile and Forth Wanderers to create heavy harmonic alternative rock.

The term ‘bedroom rock’ is a nod to this intimacy - it could mean sleepy, dreamy, or weepy - as it captures the emotion behind the music. Post-Trash calls their debut single ‘Tommy’ “a perfect synthesis of slacker pop and punk’s tamer edges,” and asserts the band “is slated to blow up the indie scene.”

Through progressions that shift from subtle to biting, Sour Widows expose tender moments with an edge. 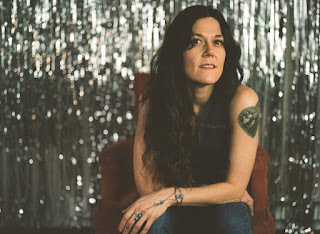 Lilly Hiatt is set to release Walking Proof on March 27th via New West Records. The 11-song set was produced by former Cage The Elephant member Lincoln Parish (Lucinda Williams, Lissie) and features guest appearances by Amanda Shires, Aaron Lee Tasjan, Luke Schneider, and Lilly’s father, the legendary singer-songwriter John Hiatt. John’s appearance on “Some Kind Of Drug,” marks the first time the pair have appeared together on one of her records. Walking Proof is the anticipated follow up to Lilly’s breakthrough Trinity Lane, which appeared on many year-end “Best Of 2017” lists including NPR Music, Rolling Stone, Paste Magazine, and more. Lilly also received an “Emerging Act of the Year” nomination from the Americana Music Association.

As rewarding as Trinity Lane’s success was, the collection came from an emotionally challenging place, and Lilly found herself frequently visiting the hurt and struggle that inspired it as she spoke candidly to the press about her painful breakup, her struggles with sobriety, and the overwhelming sadness of her mother’s suicide.

Rather than succumbing to the weight of it all, Lilly managed to emerge stronger and more serene from the experience, treating it as a foundation from which she could begin the essential work of re-examining her relationships and the world around her. “When I got that little gap in my schedule, it gave me the chance to appreciate some mental stillness,” Lilly says. “I can be a pretty anxious person, but I found a sense of peace by deconstructing all of these interactions and emotions I’d experienced and reconfiguring them into songs. It helped me make sense of everything and learn to relax.”