The Czech band Corpulent Provocateur has released its second single, Brown
which was recorded at The Animal Farm Music studios in London. The song was released together with a new music video. After the success of their first single “Call Girl” (also recorded at The Animal Farm, whose music video has achieved tens of thousands of views on YouTube in a very short time, was played on thirty-five radio stations around the world and got to the top of the charts), Corpulent Provocateur continues to rock with a rhythmic song that reflects on the problems associated with alcohol addiction.

Outside Influence on the New Material: Last spring, the band took advantage of an invitation from Finnish producer and owner of The Animal Farm Music label, Ville Leppanen, and went to London. The main reason was to try a different approach to recording and get a new sound to complement their music. This attempt was successful and four songs were recorded, and it’s clear the band has taken a big step forward. An integral part of the process was the collaboration with Leppanen, who helped the band in the song-writing process over the two months prior to their trip to London.

The band also had help from sound engineer and co-producer Craig Smith, who worked with the band throughout the recording session. His experience, good ear and incredible work ethic (staying late each day and working on the material till the early morning hours) brought the songs to life.

Final Touches from the Famous Hafod Mastering in Wales. Thanks to Leppanen’s contacts, the final masters were made near Cardiff, Wales at Hafod Mastering (The Kooks,Euros Childs, etc.) 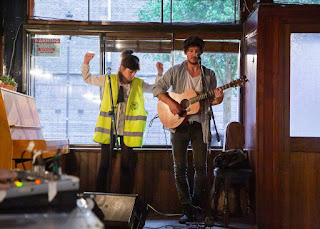 Tale of Two, a songwriting duo comprised of Alfie Jackson (ex Holloways frontman turned songwriter/producer) and multi-talented writer and performer Gemma Rogers and they have recently released "Lovelust." The track, which has been described as a dark folk song, is a "cautionary tale that warns us not to choose lust over love."

About the song: Lovelust laments through the foreboding future likely to plague the path one is tempted to slither down. Singing to each other, man and woman, the perspectives of two tempted souls who already have lovers are thrown back and forth discussing the drunken allure of something new, short and potent at the risk of what is old, long and lasting. The song calls upon classical melodies and moves from the dark and sinister to the hope of love.

Band History: Alfie and Gemma met while playing on the same bill together and immediately knew they wanted to work together. Writing songs remotely (Alfie lives in Austria) they recently racked up more than 20,000 plays in just two weeks on their first collaboration for Gemma's solo project (single ‘Stop’ was released June 18). Gemma has since been signed and so they have been working together on her debut album which will be released under Tiny Global productions in 2020. 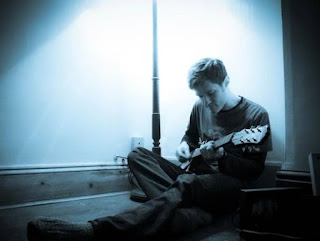 Stumbleine - Lost To The World.

As the title suggests, UK producer Stumbleine’s seventh album ‘Sink Into The Ether’ offers a deep submergence within a celestial upper region somewhere beyond the clouds. Thriving on the space in between things, ‘Sink Into The Ether’ is chilled, heavenly and thought provoking. It’s another multi-faceted creation of glowing sonic vistas that are set to enrapture in 2020.

The album envelops the listener from the outset with the soft, pitched sway of “Sonder”. The track ebbs through calming shadows, showcasing Stumbleine’s warm, electronic glow and gamut of influences, with hushed hypnotic delayed sounds, vocal samples and snappy beats. Stumbleine’s skill at blending an array of electronic timbres washes over the largely instrumental record, exemplified in “Supermodels”, with its lo-fi chorus-drenched haze building to an emotional, percussion-driven climax. Here, and scattered about the album, RnB vocals are chopped-up, but glistening a dark, dreamy hue.

A cover of the Hole song, “Malibu” features Elizabeth Heaton of Midas Fall. Her delicate, dream-like vocals waft over the hazy instrumental waves like tendrils of smoke, as they both grow ever more desperate, and slowly crash. Elsewhere on the album tracks like ‘Lost To The World’ come together more immediately with flourishing synths and soaring backdrops overlaid by a heady bass and intricate beats, while ‘White Noise Therapy’ invokes a cinematic Tokyo-set film score peppered with playful soft pianos.

“Lost To the World” swings in addictive pitched-vocal punches, circling itself into a spiral. “Your Angel Was Fake” has a hopeful darkness about it, recalling electronic shoegaze and witch house artists of the early 2010s. It scales and then pulls away, at once breathing and stopping, full of blanket synth pads and subtle snaps of percussion.

Also known for his work in post-dubstep trio Swarms, Stumbleine has steadily built a cult of admirers around himself following collaborations across his varied albums and EPs with the likes of ASA, Shura, Violet Skies, Birds of Passage, Steffaloo and more. His sound, if it can be compared to anything at all, straddles post-rock shoegaze soundscapes with ambient electronica and experimental movements into something that can be both an ASMR hug to the ears yet also similarly arresting, fractured and off-kilter depending on which way things flow. As different sounds shift in and out, narratives become clear slowly and disappear quickly throughout Stumbleine’s kaleidoscopic visions.

The album will be available on digital platforms, CD and a pressing of 500 LPs on cream vinyl with a free album CD inside. Pre-orders available from the Monotreme Records web shop: http://monotremerecords.limitedrun.com/categories/stumbleine 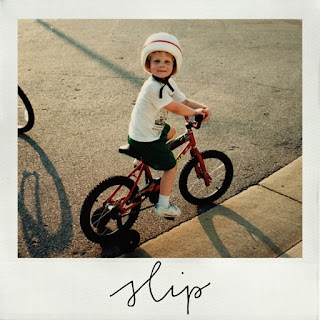 Singer-Songwriter Jacob Dixon released “Slip” last Friday, another tease to his upcoming EP Lionheart due to be released on April 24, 2020. “Slip” highlights Dixon’s acoustic indie-folk sound and sees him in an emotional plea with himself to not allow life to slip by but to enjoy every small moment that is a part of his journey. Remarking on “Slip” Dixon says, “ “Slip” is about our life together. It’s about this weird period of adulthood where you want to take risks and not be content with the mediocre, but you still have to pay the bills. Where you have the opportunity to make long-term, life-changing decisions, but you still want your everyday life to matter.”

A slow, simple acoustic ballad creates the ideal backdrop for Dixon’s pleading vocals to sing “how many years, how many years will it take till I’m living like my heart wants to live…..how many tears, how many tears will it take till I realize that I let it all slip…oh please don’t let me let it all slip.” Dixon goes on to imagine his future family and the little life moments he will enjoy with them… living like the kid within himself, away from the distractions of the world. In a time of constant hustle and busyness, Dixon’s “Slip” is a necessary reminder to slow down and enjoy life before it passes you by.

Based in Raleigh, NC, Jacob Dixon is a singer-songwriter who explores the crossroads of indie-folk and indie-rock. While not necessarily “folk-rock”, Dixon has found his niche in the in-between with his newest release Lionheart - an EP that explores the fearlessness he experienced as a child, the treachery of taking his first few steps into adulthood, and the process of figuring out who he is going to be.

The 5 tracks of Lionheart carry an introspective, mature sound that has evolved since his debut EP New Zealand (2017). His musical influences are evident with a musical style and instrumentation reminiscent of Mumford & Sons, lyrical ingenuity like that of Noah Gundersen, and Ed Sheeran-esque vocals. However, Dixon doesn’t emulate his icons exactly, but he creates the ideal mash-up of his own unique soundscape. Able to perform in a quiet coffee shop with his acoustic guitar and a loop pedal, or on stage with a full band, Dixon undoubtedly brings fulfillment to each of his songs as the nostalgic words wash over listeners.