Americana/folk band, Satin Nickel, has released the new single, “Free,” and is currently putting the finishing touches on a live video to be released in late March. “Free” is the latest offering from the upcoming album, Shadow of Doubt, out April 10th.

Satin Nickel’s Samanta Aneson (vocals, guitar, banjo) wrote the song after moving from California to New York, away from her family and closest friends. “I’ve always been a super adventurous type and I knew from a young age I wanted to live in several different places throughout my life, but I didn’t realize how much I would miss the place I came from and the people there,” she told Audiofemme. “As an adult, I’ve lived on the other side of those decisions, and though I wouldn’t trade the opportunities and experiences I’ve had, I’ve lived with a lot of remorse. I’ve missed out on valuable years with my parents, for which the longing only grows stronger as they get older.”

Satin Nickel began as a collaboration between Aneson and fellow songwriter Morgan Hollingsworth (vocals, guitar, mandolin). Combining Hollingsworth’s aggressive approach to the Americana narrative with Aneson’s sentimental and introspective approach to folk music, they found their contrasting styles complemented each other, forming a powerful dichotomy, smooth as satin and hard as a nickel. In the winter of 2018, they met fellow theater artists Nikola Balac (drums) and Ariana Karp (cello) and released their debut self-titled EP. Adding bassist Andrew Shewaga to the group, Satin Nickel became a full-bodied quintet and recorded Shadow of Doubt.

Shadow of Doubt will be out everywhere on April 10th (which also happens to be Aneson’s birthday), and Satin Nickel will celebrate the release with a show at NYC’s Mercury Lounge. 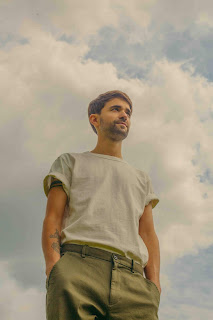 Gizmo Varillas - Love Over Everything.

Talking about the track, Gizmo explains its inspiration; “Although we can’t always choose what happens to us, we can choose how we react. Choosing hate is much easier and loops back in a vicious cycle.  The only way to truly heal is to choose love over everything”.

He has surpassed 30 Million Streams, with over 13 million streams on Spotify alone (with 300,000 monthly listeners & 750,000 monthly streams), making appearances on their ‘A Perfect Day’, ‘Discover With Friends’, ‘Feel Good Dinner’ and ‘FIFA 19’ playlists.  He has also appeared on the Apple Music ‘A List’ and ‘Breaking Singer Songwriter’ playlists.

After a sold out headline show at London Assembly in November 2019, and having supported Rodrigo Y Gabriella, Jack Savoretti, and Seu Jorge, as well as making appearances at Montreux Jazz Festival, Zermatt Unplugged, Latitude Festival, The Reeperbahn Festival, and Eurosonic. 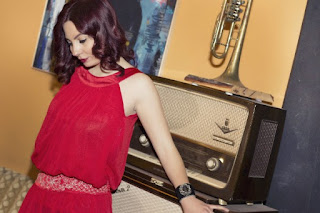 Purshink performs internationally as a solo piano and vocal act. A classically trained musician, she is seduced by different types of music.

During her travels as a performer, she started writing and experimenting with her own music and in the beginning of 2020 will be releasing her debut single “Kid”.

The song is recorded and mixed in Zurich and NY in collaboration with producer Arizona Stoneheart. 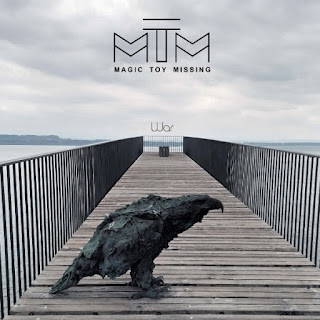 Magic Toy Missing is a project with a focus on creating music that blurs the lines between indie pop and rock. Based out of Zurich, Switzerland, the group started in 2019. Composer and producer Eddie Martin joined forces with Tetem, a charismatic singer from Tokyo, Japan.

They brought this amazing new project to life, channeling their diverse creative approach and writing songs that explore many different themes. Their lyrics are very honest and very easy to relate to, because they often talk about life. It's all about relating to the struggles in life, but also being able to look back on your journey as a human, Because, as they say, your most precious conviction is most certainly untrue.

“War” is actually the first single to be featured on the artist’s upcoming album, to be released in June 2020. As one of the highlights of the release, “War” is a perfect introduction to what people can expect from the album.

Magic Toy Missing is a band to watch out if you love music that is honest and made with passion!