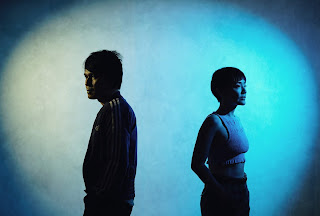 Hailing from the Indonesian island of Java, Stars and Rabbit deliver fun and unpredictable, mixing the classic quirkiness of Carole King and The Carpenters with the modern creative vibes of Sia and Little Dragon.

Spearheaded by female singer-songwriter Elda and musical director Didit, the band has quickly established themselves as a gem of the Indonesian music scene with the kind of broad appeal that smacks of crossover success. Elda founded Stars and Rabbit in 2011 as an outlet for her love of music. Didit, a veteran of the island’s rock scene, saw a spark in Elda’s innocent passion for music, and the two joined forces, releasing a debut album, a collaboration LP and 2 live albums, in quick succession. Their small and intimate gigs have already achieved a cult status in their native city of Jogja.

Their new LP, Rainbow Aisle, a full spectrum of colors, showcasing their knack for groovy electro rock as well as intimate acoustic confessions. “We usually write about meaningful relationships with life and other beings. We’re admittedly a bit obsessed with a utopian type of existence,” Elda asserts. “I guess that’s why I love music...it makes me feel like anything is possible.” 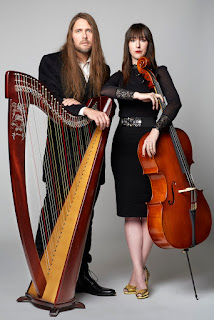 "It's Never Enough" comes as a companion single to "Stars", which we released last month with the help of BTR Today and For Folks Sake. The band are currently wrapping up a tour of New Zealand before bringing their brand of widescreen folk to the West Coast for a performance at McMenamins White Eagle Saloon in Portland, Oregon on March 24th.

At first listen, one might assume that the intricate interplay between honeyed vocals and any variety of violin, cello, or harp of a Glass Heart String Choir song would require careful discussion between musical partners, but songs are the one thing Ian Williams and Katie Mosehauer never talk about.

Verbose when discussing the nuances of nature (especially birds) or poetry (especially Russian), Ian is a person prone to long pauses while searching for the perfect word or metaphor to describe his own inner mechanics—a listener may wait indefinitely for sentences that never finish or metaphors that remain unfound. It is songwriting that allows him ample time to plumb the more faceless emotions of life and dredge for exactly the right words to capture them. Recipient of the prestigious Richard Rodgers Award in musical theater, Williams is adept at telling others’ stories, as well as his own through song.

For Katie, music presents a wondrous, wordless reprieve. Spending much of her time crafting public policy, words are a high-stakes game with far reaching implications. “I spend a lot of time in other arenas parsing the meaning of individual words and their intention. When it come to our songs, we seem to have found our own language—Ian never needs to tell me what they mean, and I never need to ask.” Composing allows her to think only in sound and shape and color, to fill in spaces not with what must be said to make the world more just but with what could be heard to make it more beautiful.

In their first release since their project’s debut EP in late 2018, the release of singles "Stars" and "It’s Never Enough" scheduled for early 2020 move on from Light’s themes of leveling doubt to trade in absolutes. Both songs apply surging vocals over baroque musical sheets, weaving together intricate stories with cinematic soundscapes, but to different effect—"Stars" bursts toward the future with a knowing, formative, certainty while "It’s Never Enough" looks back with an equally certain sense of devastation. This paired couplet of songs is day to each other’s night, full of contrast and compliment. 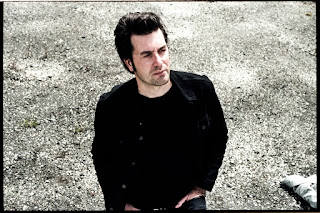 Sydney group Magnus launch their brand new single "Forever & Never" a taste of what's to come for their upcoming LP Detachment, due out in April 2020.

Sydney band Magnus formed in 2012 to bring their urgency, fearlessness in experimentation, and healthy disregard for genres to Australian music. Their name, derived from "Magn-hus" and translating as "powerhouse" in Old Norse, is a testament to their live performances. A casual open mic at Melbourne’s world-famous Cherry Bar landed them a residency there and eventually nomination for Best live band of the year award by invite of owner James Young Himself.

Their debut album, “I”, received critical acclaim by both online and print media with The Sydney Morning Herald Stating: “The band clearly likes to tease and with terrific self-confidence, in their undoubted abilities the approach does create a lively anxiousness within their music.". In 2017 work on Detachment started with a DIY approach which resulted in recorded demos in their rehearsal space mixed at their home studio. Convinced this album needed to have an “all-or-nothing” approach, these demos were sent out around the world and sparked interest from big names such as Steve Albini, Alan Moulder & Bob Clearmountain.

In 2018 recording of the album took place under the supervision of five-time Aria award-winning producers Paul McKercher. With COG’s Lucius Borichon drums it promises an even more raw and visceral approach, yet maintaining the unexpected twists and turns Magnus has become known for. Both Paul and the legendary Bob Clearmountain (multi-Grammy winner & nominee, USA - Rolling Stones, Springsteen, The Preatures) are credited in mixing and Big Bass Brian Gardner (multi-Grammy winner & nominee known for QOTSA Songs for the Deaf and his work with Dr. Dré), for mastering the album. Detachment is set for release in April 2020. 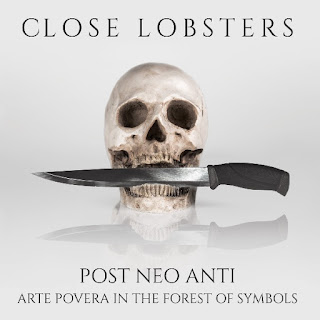 Close Lobsters first came to wider prominence with the track ‘Firestation Towers’ on the NME’s C86 compilation. They signed to Fire Records and released their debut single ‘Going To Heaven To See If It Rains’ in October 1986. They released a second single ‘Never Seen Before’ in April 1987, which strengthened their reputation as one of the leading emerging indie bands. They went on to release two albums: ‘Foxheads Stalk This Land’ was released in 1987 and ‘Headache Rhetoric’ in 1989. Rolling Stone’s review of ‘Foxheads Stalk This Land’ called it “first-rate guitar pop from a top-shelf band. Close Lobsters could have been just another jangle group, but they have a lot more going for them than just chiming Rickenbackers.”

Their popularity on United States college radio stations led to an invitation to the New York Music Seminar in 1989, which in turn led to an extensive American tour. They toured extensively in the UK, Germany and the United States of America and Canada. The band eventually took an extended break. Their singles retrospective, ‘Forever, Until Victory!’ was released on 5 October 2009 on Fire Records. The title taken from the reputed last sign-off in a letter from Ernesto ‘Che’ Guevara to Fidel Castro “¡Hasta la victoria siempre!”. In March 2012, Close Lobsters reformed to play the second Madrid Popfest, Glasgow, third Popfest Berlin and the 2013 NYC Popfest.

In May 2014, Close Lobsters played the Copenhagen Popfest and released new EP, ‘Kunstwerk in Spacetime’. Lead single ‘Now Time’ received significant attention, a further single followed in 2015, before a further hiatus. The band are now back again with a new album – ‘Post Neo Anti‘ – being released by Last Night From Glasgow on February 28th 2020 along with Shelflife Records in the United States.