Formerly performing as an acoustic singer-songwriter, Grizzly Coast wears her expansion into full-band territory well, having toured her powerful and effervescent live show throughout Ontario and Alberta, including opening slots for Fast Romantics, Begonia, and Exclaim! magazine’s Class of 2020.

Grizzly Coast blends her trademark thoughtful lyricism with dreamy guitar rock sensibilities on her singles Forever, Half-Light Boy and High-Functioning, and is releasing her debut EP this spring. 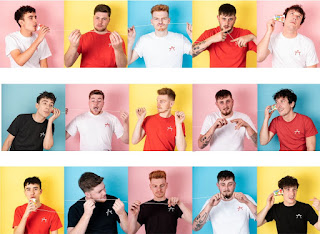 Dancing On Tables - Not To Need You.

Dancing On Tables are a five-piece pop-rock band from Dunfermline, Scotland, who formed as bored school friends that happened to play the right instruments. It has been a whirlwind journey for Robbie, Callum, Gregor, Hamish and Reece, which has seen them grow from playing friend’s parties and school halls, to supporting Catfish and the Bottlemen as part of their UK arena tour.

Recent releases saw the band perform at the likes of Latitude, The Great Escape and Dot to Dot festivals; bag spots on New Music Friday, The Pop List and other Spotify and Apple Music editorial playlists; become the sound of Schuh x Adidas and multi-year Scottish Water advertising campaigns; perform sessions for Shazam and STV; soundtrack opening credits of hit TV show Made in Chelsea; and be named one of Variety Magazine’s “10 Brits to Watch.”

As well as a 14 date UK tour, Spring 2020 will see the band release their highly anticipated next EP; where they can count American chart-topping writers Liz Rose (Taylor Swift, Little Big Town, Carrie Underwood) and Seth Ennis (The Band CAMINO), cult indie-star Only Real and Grammy winner Femke Weidema amongst the people involved with highly anticipated new material. The first single is the emotive, indie-pop banger ‘Not To Need You’ - Exploring the bands melancholic side, it’s a track that was written in Nashville alongside legendary songwriter Liz Rose. On writing the track, the band state

“Writing the track felt more like therapy than a songwriting session. We talked about all the difficulties we faced in life as we told stories of failed friendships and heartaches, before agreeing that we wanted a song that would encapsulate the pain and hurt that people go through in life, but ultimately show that there is always a light at the end of the tunnel. The track focuses on someone ending a reliance on someone else, but we wanted the track to apply to all uphill battles, and for “the best part of starting over, is not to need you anymore” to give people hope that things will always get better.” 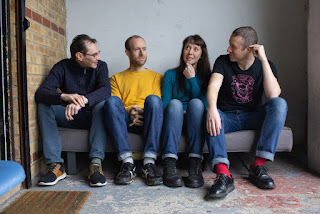 The Reverse - Crush My Chest With Your Hate.

North London guitar band The Reverse announce the release of their new album Which Way Out on 24 April via Blang Records, and share the album opening track ‘Crush My Chest With Your Hate’, a furious reverb drenched and darkly caustic song lamenting a culture of hate and envy that has led to the dehumanisation of refugees, and the disturbing rise of the far-right.

‘Crush My Chest With Your Hate’ is a befitting taster for Which Way Out, which the band describe as an album influenced “by the personal and the political with more than a little darkness but also plenty of humour.” The Reverse’s sound is a an urgent and literate style of indie-rock that’s been likened to “Belle and Sebastian meets Pulp meets Lloyd Cole,” with a dark and twisted nod to Britpop’s more irreverently humoured acts such as David Devant & His Spirit Wife and The Auteurs; a hint of post-punk in the Wire-esque chugging guitar riffs; and touches of both the gothic and alt-folk.

Which Way Out was recorded whilst the band performed together in order to capture the essence of their live sets, with the album moving through energetic rock songs to more delicate acoustic laments, offering nuanced tone shifts through emotional and stylistic ranges. Frontman and lyricist Nathan Loughran’s delivery veers from anger and sarcasm to vulnerability and compassion, unsurprising with influences including iconic purveyors of the raw and laid bare truth, such as Leonard Cohen and Bob Dylan.

The sardonic album track ‘Nobody Likes You, Everybody Hates You’ explores all that divides us in increasingly binary terms, with a deliciously darkly humoured swipe at everyone from The Sun newspaper through to Jeremy Kyle. Whilst ‘Abstract Heart’- one of DJ Gary Crowley’s top songs of the year on BBBC Radio London – is another heavier rock-edged track, an anti-love song narrating the broken people destroyed by the less-than-perfect reality of the romantic dream, played out to a backdrop of chugging Wire-esque riffs.

Then there’s the classic British observational song-writing on songs such as ‘Nothing on Telly’ which offers a kind of kitchen-sink storytelling realism worthy of Pulp. Whilst tracks like ‘Kill Us All’ recall the aforementioned 90’s band The Auteurs with its tongue in cheek misanthropy (“You seem nice, you talk a lot but I don’t need new friends when I hate the ones I’ve got” – ‘Kill Us All’).

Then there are the album’s more fragile and naked moments with ‘A Vague Arrangement’ and ‘Skimming Stones’, offering Nathan Loughran’s standard laid bare honesty but laced with a gentler, more compassionate touch - and the appearance of Teresa Kelly’s delicate vocal.  The songs explore the vulnerability of falling in love and the fragility of the human existence, offering up a softer side to The Reverse and another shade in Which Way Out’s many nuances.
Which Way Out is probably best described as an album realistically reflecting human existence in today’s troublesome times, with an unafraid exploration of dark subject matter, but also of life’s flickering and hopeful warm light. 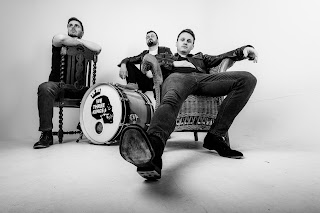 We Three Kings are a no-nonsense three piece rock ’n’ roll band from Manchester, UK with a balls-out sound that blends fuzzed up blues-rock into three minute mini miracles of pure joy.

With Rich on vocals and guitar, Ben on bass and Pete on drums, their riff-driven guitar-heavy sound is perfect for a playlist alongside Rival Sons, Royal Blood, The Black Keys, Queens of the Stone Age, Wolfmother and The White Stripes. S’alright (G.O.T.I.T) is a razor sharp reminder of the power of monstrous riffs turned up to 11.

An unpretentious live act with a massive, balls-out sound, 2019 singles ‘Give It To Me, GO!’, ‘Do It’ & ‘Gasoline’ achieved widespread critical acclaim, including radio airplay on BBC Introducing, Planet Rock Radio & Amazing Radio, with ‘Give It To Me, GO!’ also featuring on Classic Rock Magazine’s cover- mounted CD, July 2019. The band’s back catalogue includes a further two five-track EPs: 'EMBERS' (2016) and ‘FIRE’ (2018), and is available to stream across all digital platforms. 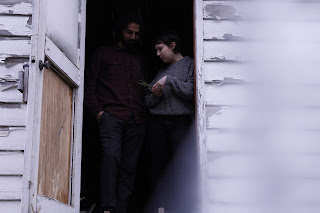 Indie-folk duo Sea Offs share their latest single release "For Familiarity's Sake" from the forthcoming EP 'En Root' out March 27th, 2020 via Independent Release. The two have quite an unlikely connection. Rashmit comes from Mumbai and Olivia from Pittsburgh. The two met in college over a love of atmospheric folk and a shared socio-political belief system. Since joining forces, they've opened for acts like Girlpool, The Shacks, and Pinegrove.

Sea Offs is the meeting ground for songwriters Olivia Price and Rashmit Arora. Rashmit hails from Mumbai, India; Olivia from Pittsburgh, Pennsylvania. The two met and started writing together in college, bonding over a love of atmospheric folk music and a shared socio-political belief system. Currently, they split time between Philadelphia and Brooklyn.

Together, their tender blend of brooding folk music and ethereal instrumentation that takes cues from classics like Joni Mitchell and Neil Young with a more expansive and progressive ethos adjacent to Wye Oak or Hayley Henderickx. Following the band’s 2016 debut EP Sea the Blind Sea Offs toured the northeast most notably supporting Girlpool, The Shacks, and Hodera, and has shared festival stages with Pinegrove, Hop Along, and Frankie Cosmos.

Their forthcoming EP En Root sees the band tackling themes of love in its many different forms. Olivia writes, “The first single (“Will (you)”) discusses body ownership in a relationship – the detachment one can feel sexually when there is no emotional connection to serve as a basis. Ultimately, it’s about an undefined relationship I was in where I tried to force meaning into what was actually just a physical outlet.  In the years following my college graduation, I repeatedly found myself in “flings” with people who, I felt, viewed me as nothing more than a sexual object. It’s an identity I felt forced into and extremely uncomfortable assuming.” 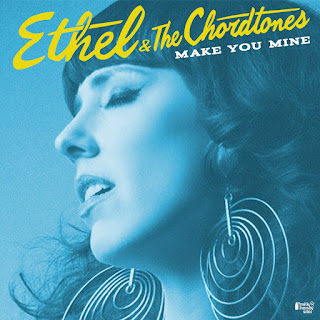 Ethel & The Chordtones - Make You Mine.

MacAllister, who has gained a reputation as an electronic music producer, revisits the songs of his early days of playing in garage rock bands.

Their single “Trouble (ft. Ryan Levine of Wildling) (2015) was featured in the Entourage The Movie film trailer. “Serious Craving” the second single off their EP “Trouble” can be heard on advertisements for Diet Coke, Lexus, and Haagen Daz.