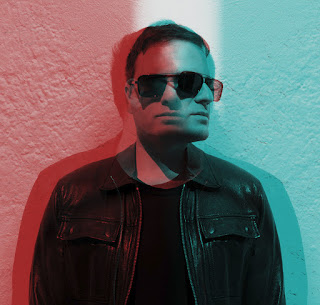 New York-based electronic act VEXILLARY has unleashed an innovative new video for their track, "Annihilation."  The song appears on VEXILLARY's new EP, SurViolence.  Visuals and editing were done by Svitlana Zhytnia and production was done by Reza Seirafi.

About the SurViolence EP: SurViolence adopts the theme of unease in an overly politicized society; using surveillance culture as a metaphor on how technology that was created to serve and protect can serve to exploit. Hence the title, SurViolence. The sub-plot of tension and lack of trust in the decisions that are being made for us fueled the eerie sounds and direction of the record.

Voyeurism has been weaponized to give rise to surveillance. Violence has been digitized to replace intelligence.  This is where evolution has led us. It’s time to take back control. If only we could have our eyes back to see. VEXILLARY is the brainchild of the New York-based producer Reza Seirafi. His diverse work is seeded with a singular undercurrent of gloom and shaped by his unique scientific approach to production.

As a chemist and perfumer, Reza was fascinated by the secret bonds between unrelated chemical ingredients that create well-balanced, other-worldly scents. Reza’s music making process follows the same philosophy, as he magically blends unrelated musical parts to create his own brand of decadent Industrial and techno music.

On his production style, Reza has noted “key changes and odd chords are all over my stuff, connecting seamlessly where they shouldn't. There's some magic to it that can’t be explained.” 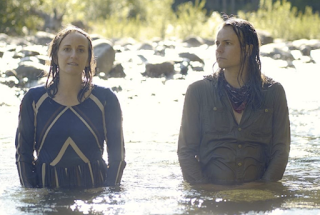 Indie Folk duo, The Native Sibling, have a new singletitled "Growth." The duo shares of the track: "Kaylee initially brought this idea to the table, which evolved in the process between her and Ryan to be a bit more uptempo and playful. Listening to a lot of Feist and springtime bursting were the first influences. The cheap wind chimes on my porch came to life in the imagery of them dancing with the wind in a beautiful and untethered dance (Kaylee). We wanted a song that brought light and noticed the small beautiful - which is something that we hope will resonate with people more than ever in our current world."

"The driving force of the change in seasons is always a reminder of renewal and the small bits of growth each day that accumulate into something beautiful. However, sometimes this growth can seem daunting or unnoticed in the daily. Perhaps the changes are happening whether we feel ready or not. Maybe its more of an unraveling without clear direction? There is faith required from us to believe that the changes which are out of our hands have a purpose to shape us into who we are intended to be."

The Native Sibling is characterized by the strength in both Ryan and Kaylee’s voices. They support one another and lend sensitivity in a way that embodies their sibling connection. Their melodies and lyrics meet at the intersection of hope and sorrow – describing relationships, faith, doubts, and circumstances that we all can relate to.